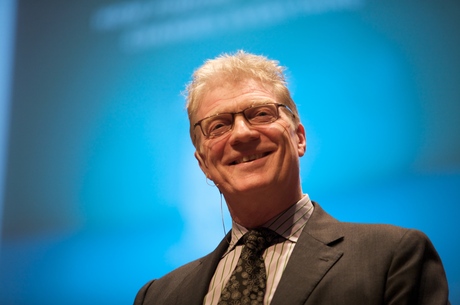 I have been trying to interview Sir Ken Robinson for the past 3 years, and I wouldn't have been worried if I had to wait a lifetime to eventually do a stroll with him because he's just incredible. And many thanks to the guys at Project Everyone for making this happen.

Just in case you're from a rock somewhere in Mars, and you're asking who's this Ken Robinson anyway (because only someone from Mars will ask that, lol). Well, Sir Ken Robinson is an internationally recognized leader in the development of creativity, innovation and human resources in education and in business. The videos of his famous 2006 and 2010 talks to the prestigious TED Conference have been viewed more than 25 million times and seen by an estimated 250 million people in over 150 countries. His 2006 talk is the most viewed in TED's history.

Ken was diagnosed with polio at age 4, but he defied all odds to find his own element which has distinguished him in his field and made him internationally relevant and highly sought after. He works with governments and educations systems in Europe, Asia and the USA; with international agencies, Fortune 500 companies and some of the world's leading cultural organizations.

In course of this stroll, we discuss how he wrote the script for the World's Largest Lesson which will teach kids and teens all over the world about the SDGs and the part they can play, as well as his recent book "Creative Schools: The Grassroots Revolution that's Transforming Education"

What more can I say? Enjoy this insightful conversation with Ken. You can either choose to download it on the stroll podcast or read the summarized transcript below.

What is the World's Largest Lesson?

Ken: The aim of "Project Everyone" is to let everyone on earth know about the SDGs. That's a very bold and important ambition. There are 7.3 billion people on the planet and the aim is to get the information to everybody within 7 days.

The World's Largest Lesson is part of that. The idea is to have a lesson that could be taught in every school in the world. So what I was asked to do was to write the instruction part in a way that sort of encapsulates that lesson in a script for a short video, and the target group is young teenagers. There are 17 goals but they all connect in one way or the other, and the three big themes are, to challenge inequality; to challenge injustice; and also to help to reverse climate change. So, the challenge was to come up with a script that will engage and excite the curiosity of people in that age group; to really convey to them the seriousness of the issues, but not to intimidate them that there is nothing they can do about it or that the situation is hopeless.

I found that the best way to do it was to really pull back and give a perspective on the fact that we live on a very small planet. There are a whole lot of us on a very small planet, and we keep looking for intelligent life somewhere else in the Universe--we haven't found it--but here it's all over the place, and we need to get more intelligent not less intelligent. So we have to understand that we have found intelligent life in the Universe, and it is here, on the earth, but we are actually creating all forms of problems because we're not being very intelligent about how we're living here. 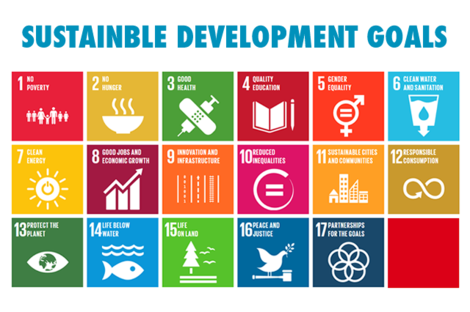 Ken: It is important that people in positions of influence and power recognize how serious these issues are. They're not imaginary issues, they're real issues. And the population is not getting smaller it's getting bigger. We're likely to be about 10-12 billion people on the earth by the end of the century. There was a program on the BBC recently titled, "How Many People Can Live on Earth?" and it showed that the way we live now is very short-sighted. We waste half of anything. We are cutting forests down but we depend on trees to generate the oxygen in the atmosphere, we're wasting water while some people are running out of it, and in other parts of the world climate change is causing serious floods, so these problems are not fictitious they are real. It's important that our leaders understand that. It's equally important that all of us understand that we just can't leave it for a group of leaders to solve the problem. The real change will come at the ground level. All 7 billion of us will need to change the way we all do things, and also encourage people in positions of power to do the right things. Don't leave it for someone else! We've got to all do something. If you change the world where you, and I change things where I am, adding all together we can achieve global change.

That's why I wrote in the film about this super power of creativity. I've written and spoken a lot about the importance of creativity. There are all kinds of brilliant ideas people can come up with. Things we all can do to change the way we live. We can make better use of solar power, we can make better use of desalination of oceans, and we can stop polluting the oceans. There are different ways of practicing agriculture; we don't have to fill the earth with chemicals and toxic waste.

So, we need action at all levels. Both at the policy and ground levels, and like I earlier said don't wait for politicians to do this for you. 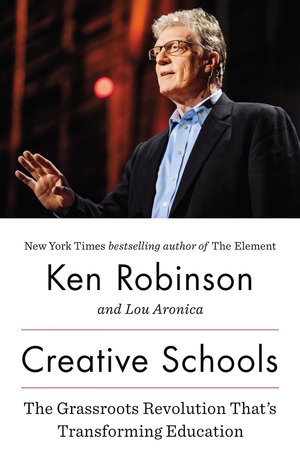 Ken: I've been working in the Educational sector now for 45 years--since I was 22. This is the thing I've always done. I've done big projects, I've done national projects--I put together a natural strategy in the UK.

I worked in Northern Ireland during the peace process. I have been working with schools here in America, and I published a book few months ago called "Creative Schools", and it's full of examples of things I have done. The point is, if a child gets away from standardized education, we don't replace it with another formula. It's like music; there are millions of ways to write a good song rather than just one tune, and what we try to do is to make them understand that there is room for change and innovation.

I have worked for years on projects of this sort in different areas, and I've summarized quite a lot of them in this new book. I think we need to understand that education is about people, and we have to engage people's talents and imagination, and excite their curiosity of learning. People love to learn, what often turns them of is the way we educate them, and people have different talents so we need to approach them and incorporate them differently. Also it's about living in communities; it's about more collaborative forms of learning.

It's not just theory, I have spent my whole life promoting practical changes, and the new book, "Creative Schools", is my most recent attempts to summarize some of the lessons I have learned. 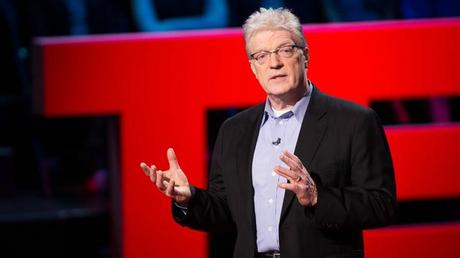 Ken: I have done 3 talks at TED now, but I do events all the time. I'm actually going to Texas the day after tomorrow, and I do another at the weekend at TEDxFullbright. I gave a talk at TEDxLiverpool as well, but I think 3 talks at the main TED Conference is probably enough for now. (Laughs) I don't have a lot of time to give anymore there, but I do give a lot of talks all around the place and they're quite a lot of them on the internet.

For more information about Sir Ken Robinson, visit his website.

Food for the Soul: "My people are destroyed from lack of knowledge. "Because you have rejected knowledge, I also reject you as my priests; because you have ignored the law of your God, I also will ignore your children" (Hosea 4v6, NIV)