Worm salt, or sal de gusano as it is known in its native Mexico, is a traditional condiment for tequila, cocktails, salsas etc. There is really only one thing you must know about this slightly smoky, savory salt: it's made out of worms.

Worm tequila salt is being sold by Firebox, and we have to say that we're pretty surprised by the transparency of the marketing campaign -- it really is just ground-up gusano worms with rock salt and chiles. 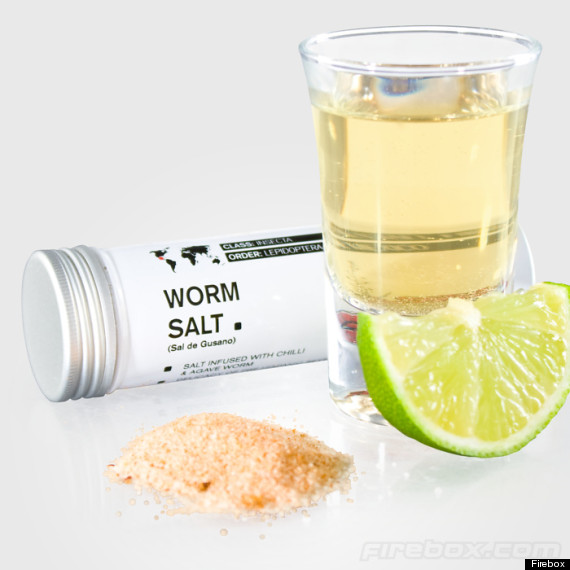 If the traditional worm in the bottom of the mezcal bottle, or the recently released English Garden Worm Gin just aren't wormy enough for you, you can use Worm Tequila Salt to get a bit of worm in every bite. But be sure to heed our favorite warning on Firebox's website: "Contains worms, not suitable for vegetarians."

Correction: A previous version of this entry stated that sal de gusano had not previously been marketed in the U.S. The Meadow in Portland, Oregon and West Village of Manhattan has been selling sal de gusano for two years.