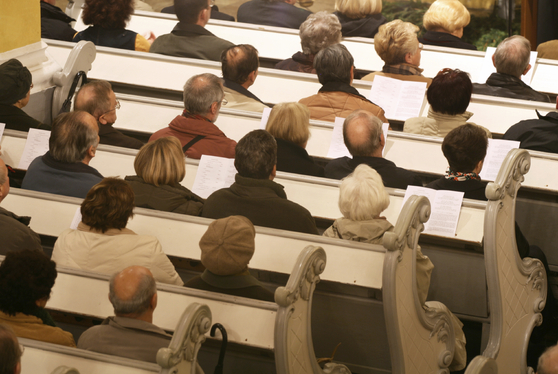 "So, do I attend church? Not often, to be honest," Donald Miller affirmed in the first of two unexpectedly popular blog posts.

And the second is like unto it, where he added, "most of the influential Christian leaders I know (who are not pastors) do not attend church."

In the same vein, bestselling author Rachel Held Evans acknowledged, "The truth is, I don't bother getting out of bed many Sunday mornings, especially on days I'm not sure I believe in God or when there's an interesting guest on Meet the Press."

As I read these two, they haven't stopped worshipping, but it's simply that they don't feel pangs of remorse when they fail to attend Sunday morning worship services.

Admittedly, this is well-tread ground -- tread by no less than the immensely eloquent Barbara Brown Taylor in Leaving Church. Yet I forge ahead nonetheless because I am reminded of thoughts that went through my head as I served congregations the past 20 years, and of course that continue to work their way through my brain.

While I was talking with other pastors and church leaders and when I'd sit in church leadership meetings (by the way, you do a lot of sitting on church staffs), I consistently heard questions such as, "How can we get more people to come to worship?" "How many people worshipped last Sunday?"

It leads me to think of some of the legitimate reasons that people don't attend. And I admit, the target is way too easy, and from the inside, I know how hard all that is to make better. Still, if this means worship, it's often drab -- substandard music, clichéd sermons, not to mention -- as C. S. Lewis puts it: "When he gets to his pew and looks round him he sees just the selection of his neighbors whom he has hitherto avoided."

Often you leave with a vague feeling of disappointment on the way out, like "I could have used this time better if I had just stayed home and walked my dog in the park."

Miller offers that he likes walking in nature (where, according to one Pew Report, 58 percent of those unaffiliated with congregations "often feel a deep connection with nature and the earth"). Others more churched find their small group more meaningful. And this contention has some remarkably strong support from the early church.

If we want to get all biblical, in the New Testament it's clear that the early Christian community met as churches (as in Acts 15:41, where Paul "went through Syria and Cilicia, strengthening the churches," but also in Romans 16:16; 1 Corinthians 16:19; Galatians 1:2, among many other spots). The only places available to meet were houses, and so that was about how many gathered at once. (My guess is about 10 to 20 fit in a 1st century house.) I once heard a lecture on the fact that it wasn't until the Christian community became accepted by the Empire that they took on the basilica (Wikipedia has more here), which was essentially a place for transacting business. Churches began to look like what we think of -- namely a big building.

What's my point? We now take "church," as in "I'm going to church" to mean "attending an event in a big building." But that is far cry from the New Testament picture.

Sometimes Sunday morning attendance is optional: there are legitimate reasons that people are worshipping without "going to church on a Sunday morning," like sickness, fatigue, small children who need our attention. (There are also some really bad reasons -- like rank laziness, spiritual torpor, and willful distraction, which I'm not mentioning here.) Even more, worship, as defined by the New Testament (here Romans 12:1-2 is a fabulous place to begin), is a response to God that encompasses our lives. Sunday morning better just be one part of something much bigger.

These are assorted thoughts, to be sure. So I close with this.

One of the problems I have with my otherwise extraordinary cat Thomas is that when I point my finger he doesn't look at what I'm pointing at. Thomas gazes catlike at my extended pointer finger. The best a Sunday worship service can do is direct our attention to God. Let's not be fixated on the finger. 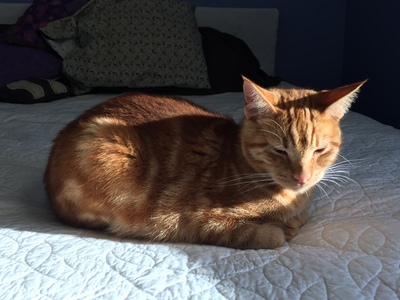