LONDON, Nov 12 (Thomson Reuters Foundation) - Sexual harassment, high rates of female genital cutting and a surge in violence and Islamist feeling after the Arab Spring uprisings have made Egypt the worst country in the Arab world to be a woman, a poll of gender experts showed on Tuesday.

Discriminatory laws and a spike in trafficking also contributed to Egypt's place at the bottom of a ranking of 22 Arab states, the Thomson Reuters Foundation survey found.

Despite hopes that women would be one of the prime beneficiaries of the Arab Spring, they have instead been some of the biggest losers, as the revolts have brought conflict, instability, displacement and a rise in Islamist groups in many parts of the region, experts said.

"We removed the Mubarak from our presidential palace but we still have to remove the Mubarak who lives in our minds and in our bedrooms," Egyptian columnist Mona Eltahawy said, referring to Egypt's toppled dictator, Hosni Mubarak.

"As the miserable poll results show, we women need a double revolution, one against the various dictators who've ruined our countries and the other against a toxic mix of culture and religion that ruin our lives as women."

The foundation's third annual women's rights poll (http://poll2013.trust.org) gives a comprehensive snapshot of the state of women's rights in the Arab world three years after the events of 2011 and as Syria's conflict threatens further regional upheaval.

Iraq ranked second-worst after Egypt, followed by Saudi Arabia, Syria and Yemen. Comoros, where women hold 20 percent of ministerial positions and where wives generally keep land or the home after divorce, came out on top, followed by Oman, Kuwait, Jordan and Qatar.

The poll by Thomson Reuters' philanthropic arm surveyed 336 gender experts in August and September in 21 Arab League states and Syria, which was a founding member of the Arab League but was suspended in 2011.

Questions were based on provisions of the U.N. Convention to Eliminate All Forms of Discrimination Against Women (CEDAW), which 19 Arab states have signed or ratified.

The poll assessed violence against women, reproductive rights, treatment of women within the family, their integration into society and attitudes towards a woman's role in politics and the economy.

Experts were asked to respond to statements and rate the importance of factors affecting women's rights across the six categories. Their responses were converted into scores, which were averaged to create a ranking.

(Visit http://poll2012.trust.org) for a detailed methodology and full results.)

Women played a central role in the country's revolution but activists say the rising influence of Islamists, culminating in the election of Muslim Brotherhood leader Mohamed Morsi as president, was a major setback for women's rights.

Morsi was toppled in a military takeover in July after mass protests against his rule, but hopes for greater freedoms have been tempered by the daily dangers facing women on the street, experts said.

A U.N. report on women in April said 99.3 percent of women and girls are subjected to sexual harassment in Egypt, which some analysts say reflects a general rise in violence in Egyptian society over the past half-decade.

Human Rights Watch reported that 91 women were raped or sexually assaulted in public in Tahrir Square in June as anti-Morsi protests heated up.

"The social acceptability of everyday sexual harassment affects every woman in Egypt regardless of age, professional or socio-economic background, marriage status, dress or behavior," said Noora Flinkman, communications manager at HarassMap, a Cairo-based rights group that campaigns against harassment.

"It limits women's participation in public life. It affects their safety and security, their sense of worth, self-confidence and health."

"There are whole villages on the outskirts of Cairo and elsewhere where the bulk of economic activity is based on trafficking in women and forced marriages," said Zahra Radwan, Middle East and North Africa program officer for the Global Fund for Women, a U.S.-based rights group.

In Iraq, women's freedoms have regressed since the U.S.-led 2003 invasion and overthrow of Saddam Hussein, the poll showed.

A decade of instability and conflict has affected women disproportionately. Domestic abuse and prostitution have increased, illiteracy has soared and up to 10 percent of women - or 1.6 million - have been left widowed and vulnerable, according to Refugees International.

Hundreds of thousands of women displaced internally and across borders are vulnerable to trafficking, kidnapping and rape, the U.N. refugee agency says.

In Saudi Arabia, ranked third worst, experts noted some advances. The kingdom remains the only country that bans female drivers but cautious reforms pushed by King Abdullah have given women more employment opportunities and a greater public voice.

Since January, 30 women have been appointed to the 150-member Shoura Council, the nearest thing Saudi Arabia has to a parliament - but the council has no legislative or budgetary powers.

"Saudi society is a patriarchal society and all its laws pertain to the rights of men," said a Saudi legal advisor who defends victims of domestic abuse. "The woman is considered second class." WOMEN AS WEAPONS OF WAR

Syria's civil war has had a devastating impact on women at home and in refugee camps across borders, where they are vulnerable to trafficking, forced and child marriage and sexual violence, experts said.

Rights groups say forces loyal to President Bashar al-Assad have targeted women with rape and torture, while hardline Islamists have stripped them of rights in rebel-held territory.

"The Syrian woman is a weapon of war, subjected to abductions and rape by the regime and other groups," a Syrian women's rights campaigner said.

The poll highlighted a mixed picture for women's rights in other Arab Spring countries.

In Yemen, ranked fifth worst, women protested side-by-side with men during the 2011 revolution and there is a 30 percent quota for women in a national dialogue conference convened to discuss constitutional reforms.

But they face an uphill struggle for rights in a largely conservative country where child marriage is common - there is no minimum marriage age - and the U.S. State Department says 98.9 percent of women have faced harassment on the streets.

In Libya, ranked 14th for women's rights, experts voiced concern over the spread of armed militias and a rise in kidnapping, extortion, random arrests and physical abuse of women. They said the uprising that overthrew Muammar Gaddafi two years ago had failed to enshrine women's rights in law.

Women in 12th-ranked Bahrain are more active in political life than in many Gulf states, but experts said sectarianism was a barrier to rights following the Sunni regime's crushing of a pro-democracy uprising by majority Shi'ites in 2011.

In Tunisia, ranked best among Arab Spring nations, women hold 27 percent of seats in national parliament and contraception is legal, but polygamy is spreading and inheritance laws are biased towards males.

Along with Syria, all Arab League member states except Somalia and Sudan have signed or ratified CEDAW. In the absence of full statehood recognition for the Palestinian territories, Palestinian President Mahmoud Abbas symbolically endorsed the convention on behalf of both the Palestinian Liberation Organization and the Palestinian Authority.

But protection offered by CEDAW is superficial, experts said. Signatories may raise reservations against any article that contradicts sharia (Islamic law), a country's family code, personal status laws or any piece of national legislation.

Comoros, an archipelago in the Indian Ocean, is leading the way on women's rights in the Arab world, the poll found.

Women are not under pressure to give birth to boys over girls. Contraception is widely accepted and supported by state-run education campaigns, while property is usually awarded to women after divorce or separation, experts said. HOW COUNTRIES RANK (from worst to best)

Note: the higher the number, the worse the country 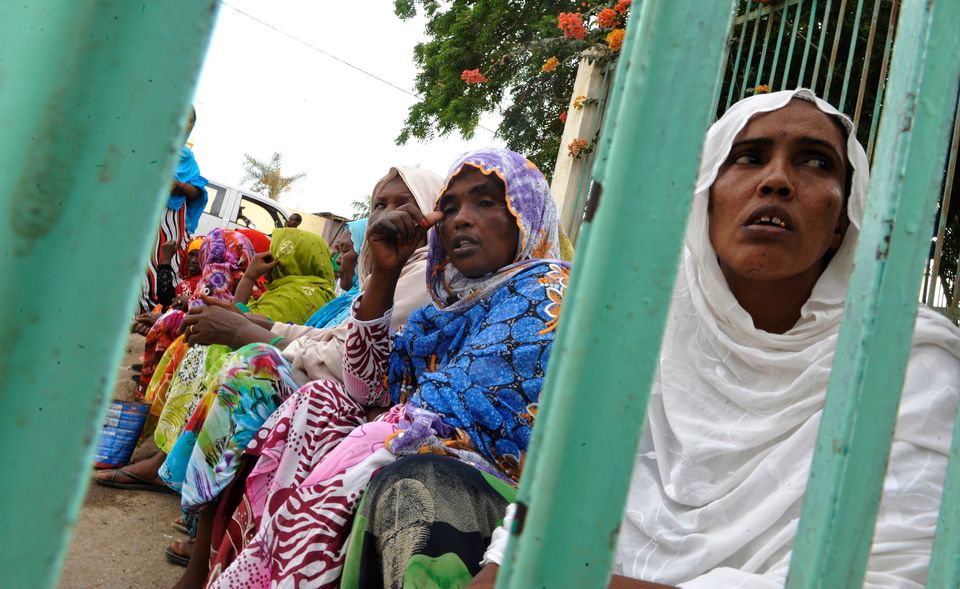