Not one country in the world has successfully eliminated its gender gap, according to a recent report from the World Economic Forum (WEF). But while the scope of gender inequality has narrowed in some countries, in other countries women continue to severely trail men in economic participation, educational attainment, political empowerment, and even basic health outcomes.

The WEF’s 2014 Global Gender Gap Report measured disparities between men and women in 142 countries. In the worst-scoring nations, economic and educational opportunities, as well as political representation and health outcomes, were far worse for women than for men. Yemen, the worst country, has been the lowest ranked nation in the report since 2006, when the WEF began measuring gender inequality. Based on the WEF report, 24/7 Wall St. reviewed the 10 worst countries for women.

The countries with with the worst gender inequality consistently failed to give the female residents the same access to educational opportunities that they gave to the male residents. In many of these nations, disparities were clear as early on as primary school. For example, in Chad, just 55% of school-aged girls were enrolled in primary school, among the worst rates in the world and far worse still than the 71% for boys. Côte d’Ivoire, Pakistan, and Yemen also had large disparities in enrollment.

Beyond just enrollment, literacy, perhaps the most critical educational outcome, can differ widely by gender in many of these nations. In Mali, for instance, just 25% of women were considered literate, versus 43% of men. Similarly, Chad had female and male literacy rates of 28% and 47%. The low rates of female literacy in these nations are not just problematic for gender equality, but also for a country’s development, given the critical role the ability to read and write well plays in fostering a skilled workforce.

Click here to read the 10 worst countries for women.

Women in countries with extreme gender inequality do not hold office to the same degree that men do. In each of the 10 worst countries for women, men accounted for at least 80% of ministerial positions. Similarly, women accounted for more than 20% of parliamentary positions in only one of these nations, Pakistan.

The opportunities for economic participation also differed widely between men and women in the world’s worst-ranked countries. In fact, in many of these nations, men are at least three times as likely to participate in the labor force as women. Syria is the most extreme example of this, with 76% of men in the labor force versus just 14% of all women.

24/7 Wall St. reviewed the 10 nations that received the worst score in the World Economic Forum’s (WEF) 2014 Global Gender Gap Report. The WEF graded each country based on its score in four key areas: economic participation and opportunity; educational attainment; health and survival; and political empowerment. Each area consisted of multiple variables. Countries scored worse by each variable when the gap between men and women for that measure was the widest. All WEF figures represented the most recently available data. Figures on Human Development Index Scores are from the United Nations Human Development Programme, and are as of 2014.

These are the 10 worst countries for women. 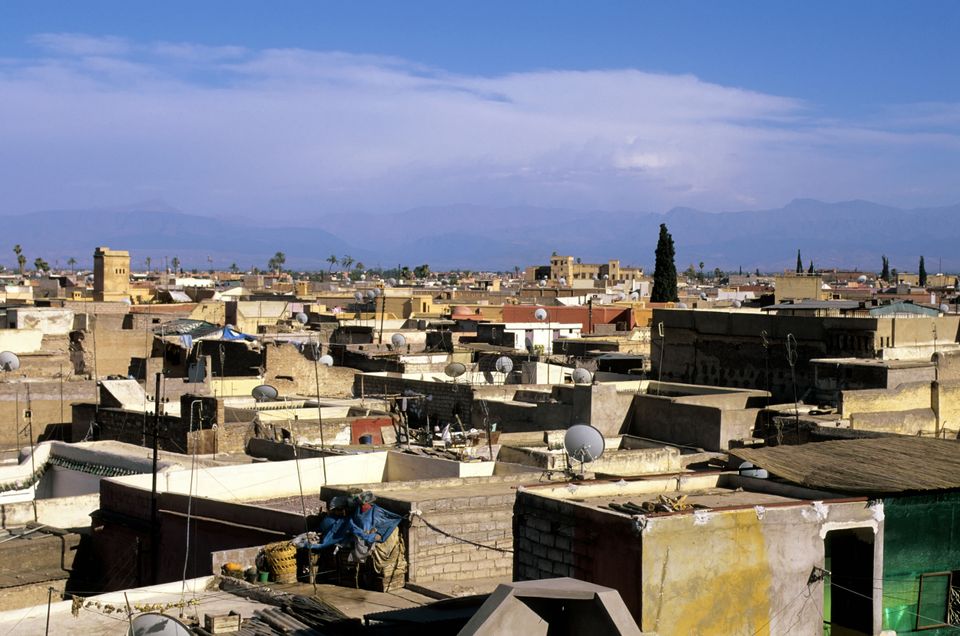 1 / 10
Morocco
10. Morocco > Female-to-male income ratio: 0.28 (tied 8th worst) > Labor force participation (m/f): 79% / 27% > Literacy rate (m/f): 76% / 58% > Pct. women in parliament: 17% Morocco was one of the worst rated countries for women, according to the WEF’s 2014 Global Gender Gap Index. Few nations had a greater disparity between men’s and women’s participation in the economy. Just 27% of Moroccan women were in the labor force, well below the 79% participation rate for men. Further, women with jobs earned an average of just $3,123 annually, versus nearly $11,000 for men — more than three times as much. Morocco also has a considerable gap in literacy rates. Just 58% of women were considered literate versus 76% of men.
Wolfgang Kaehler via Getty Images