By Melaina Juntti for Men's Journal

From Atkins to low-fat to paleo, there's always some sort of fad diet making waves. To the millions of Americans wanting to drop pounds and get healthier, these rigid, eat-this-not-that plans often seem like the hot ticket to a better body. But they usually backfire. Sometimes it's because they are bogus to begin with -- even if doctors at one time backed them. Other times it's because trendy diets get misconstrued, followed for the wrong reasons, or taken too far -- or they're simply just too strict to keep up.

"In general, most fad diets have a trace of truth to them," says Heather Mangieri, a registered dietitian in Pittsburgh and an Academy of Nutrition and Dietetics spokesperson. "They stem from some rationale, but the problem is people cherry-pick what to follow. They like that the diet doesn't include X, Y or Z food. But they fail to, for example, eat enough vegetables and fruits to get the vitamins and minerals they're missing from the foods they cut out."

Even people who do drop a lot of weight on a fad diet are probably giving that diet too much credit. "You'll hear about people who go on one of these diets and have all this success," Mangieri says. "But oftentimes, these are people who used to eat cookies and candy all day long. Their results stem mostly from eliminating all the extra junk, rather than this particular eating plan being so magical."

Here's a look at six diets that all hold a grain (or gluten-free alternative) of good advice in them, but are either taken too far, not followed properly, or holding on to ideas that just aren't backed by science.

Low-Fat
Of course, you can't pig out on high-fat foods all day every day and expect to stay slim and healthy. But for far too long, people took low-fat to an unhealthy extreme. That's because back in the 1980s and '90s, doctors were telling patients to stop eating steak, eggs, cheese and butter and slather everything with margarine instead. They thought that fat -- especially saturated fat found in animal-based products -- clogged arteries and caused heart attacks. Trans fat, the synthetic garbage found in margarine, baked goods and fried foods, was somehow considered healthier. But the best option, doctors said, was to consume very little fat at all. As a result, pasta and bagels were dubbed "health foods," and you could find low-fat versions of just about anything: ice cream, cookies, even cheddar bratwurst (true story).

But what low-fat processed foods lack in fat, they make up for double-time in empty carbohydrates and added sugars, which -- as we know now -- is what packs on the pounds. "As a dietitian, I lived through the low-fat craze," Mangieri says. "Everyone was paying so much attention to fats and began eating as many carbs as they wanted. That was never the diet's intent." 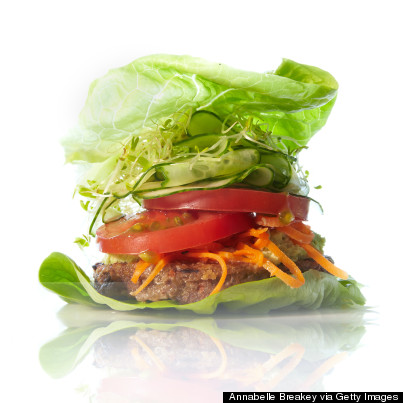 Once everyone's fat fears simmered down, carbohydrates became the new pariah. The low-carb Atkins diet swept the nation in the '00s, and people who'd long struggled with their weight were suddenly dropping pants sizes by ditching pasta, potatoes, bread and beer. At restaurants, they'd order a double bacon-cheeseburger, hold the bun, no fries, with a side salad with extra bleu cheese dressing.

Even though legions of people lost weight on Atkins, many gained it right back. Because their bodies were so carb-starved, they'd fall of the wagon. But regardless of pounds lost or gained, most people's lax interpretation of the diet left them tragically nutrient deprived. "One really good thing to come out of the Atkins craze was it got people away from eating white bread, pasta, cookies and other refined carbohydrates," says Keri Glassman, a registered dietitian in New York City. "The negative part is that many people went too extreme with avoiding carbs and even took beans, fruit and vegetables out of their diets."

Here's a much better carb strategy: "You should get one-third of your calories from fat, one-third from protein and one-third from carbohydrates," Glassman says. "People usually end up getting a little more of their calories from carbs -- and that's actually okay, so long as the carbs come from the right places, such as whole grains, beans, yogurt, fruits and vegetables."

Paleo
One of the latest food crazes -- and a huge hit among the CrossFit crowd -- is the paleo diet. Following this strict "caveman diet" means eating lots of meat, poultry, fish, fruits and veggies and giving up grains, legumes, dairy, refined sugars and pretty much anything processed. Most dietitians agree that the paleo diet has some great things going for it. "I love that paleo takes out packaged and processed foods and focuses on healthy fats, veggies and the right kinds of lean protein like grass-fed beef," Glassman says. "But there's no good reason not to eat beans."

According to Mangieri, paleo proponents shun beans because legumes contain a lot of phytates, compounds that decrease the bioavailability of vitamins and minerals. "However, that rationale unfortunately doesn't make a whole lot of sense because fruits and vegetables also have phytates," she says. "So if you're really following this diet, you would be getting more phytates already. Another problem with paleo is that when you eliminate all dairy and all grains, it makes it tough to get calcium and vitamin D."

Glassman also thinks it's better to keep grains on the menu. "I think people should eat whole grains, the less processed the better," she says. "But you don't have to have a significant amount of grains to meet all of your nutrient needs. I like people to do kind of a 'paleo plus,' where you take some of the diet's great concepts but don't be as strict." 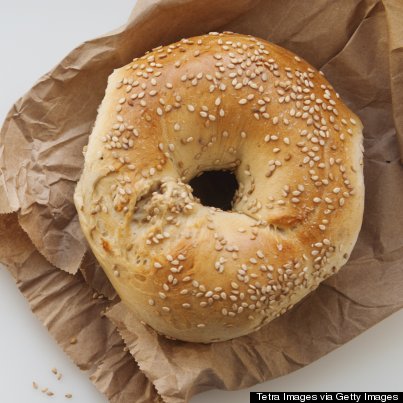 Most people had never heard of gluten until about a decade ago, and now millions of Americans are ditching wheat, barley and rye in order to avoid this protein. Let's be clear: For those with celiac disease, a serious autoimmune condition triggered by gluten, a gluten-free diet is a medical necessity. But for a vast majority of people, there is zero reason to avoid gluten. Yet somehow gluten-free diets have been misconstrued as a hot ticket to weight loss. They're not. "Gluten-free certainly does not equal healthy," Mangieri says. In fact, gluten-free packaged foods tend to have more added sugar and calories than their conventional counterparts. On top of that, by eliminating wheat, rye and barley, you're also eliminating great sources of fiber, protein and key vitamins and minerals -- and many people fail to eat extra fruits, veggies and lean meats to make up for those nutrient losses.

Apart from those who go gluten-free to shed pounds -- or, worse, just because it's trendy -- throngs of people shun gluten because they think it gives them gas, cramps, diarrhea, even headaches or low energy. However, thanks to new scientific evidence, leading doctors and dietitians now think that most people who assume they have non-celiac gluten sensitivity actually don't. Instead of gluten, it's likely FODMAPs, a class of carbohydrates found in wheat, dairy, sweeteners and all kinds of fruits and vegetables, that's causing them gastrointestinal distress.

Their new message: Don't just assume your problem is gluten and take it out of your diet. "You could be missing what you're problem truly is and unnecessarily missing out on important foods," Mangieri says. "Rather than jumping on the latest, greatest trend, work with a registered dietitian to figure out exactly which foods are causing you trouble."

Raw Food
Raw food is popular these days, and it's definitely not the worst fad diet to come along. In fact, there are many awesome aspects of an all-raw diet, namely that it means you're eating real, whole foods. The theory behind it is that cooking destroys some of the vitamins, enzymes and other nutrients in food, so eating everything raw ensures that you'll get the nutritional package nature intended. For some foods, this is true. For instance, raw broccoli has more cancer-fighting sulforaphanes than cooked broccoli.

However, this is not accurate across the board. "Other vegetables, such as tomatoes, actually increase in nutrients when they are cooked," Glassman says. "That's why I think it's best to have a mix of raw and cooked foods. You don't want to pass on a cooked vegetable just because it's cooked and then eat no vegetable at all."

But the biggest issue with this diet is that it's extremely tough to follow. "You have to be in the kitchen constantly and put a lot of time and effort into meals," Mangieri says. "I can't knock someone who wants to devote that much attention to their diet, but it's just not realistic for most people. And I think the nutrient loss in certain cooked foods is very minimal compared to the time and effort it takes to eat this way." 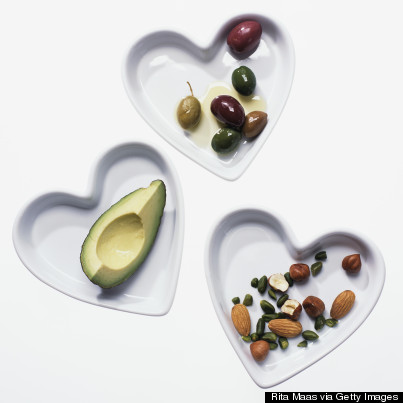 Now we know that empty carbs and added sugars -- not fat -- are the real devils making Americans chubby and diabetic. However, now health experts fear that this switcheroo is about to spark a new diet fad that's also problematic: eating too much fat.

"Everyone is talking about how healthy fats are, so people are starting to eat too much," Mangieri says. "They're eating almonds and avocados all day long and wondering why they're gaining weight. It's simple: They're eating too many calories. Calories aren't everything, but they still matter."

Don't fixate on increasing your fat intake, Mangieri says. Instead, shoot for a balanced ratio of fat, protein and healthy carbohydrates so you'll get enough fat without overdoing it.

More from Men's Journal:
Why Experts Now Think You Should Eat More Fat
The High-Fat Diet, Explained
Is Sugar the New Tobacco?

5 Signs You Should Be Eating More Carbs