For years, America's fast-food empires have embodied what's wrong with our eating habits: Too fast, for one thing, and too fatty. And thanks to the trend that dominated fast food in 2011, you can add another downside: Way, way too flagrantly over-the-top.

This was the year that fast-food outlets across America took outrageous eating options to a brand-new level -- one where quick lunches at times resembled unconquerable eating challenges. In 2011, greasy meat-and-cheese-laden pizza was stuffed with even more meat and cheese, layers of an overeater's favorites were combined into a giant bacon-topped bowl, and three sandwiches were crammed together and sold as one. Starbucks even got into the act, unveiling a 31-ounce "Trenta" cup. 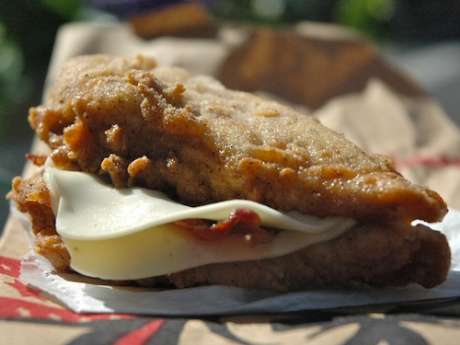 Food historians may one day trace the fast-food fervor back to one Southern-themed chain restaurant, which in 2010 declared that some sandwiches "didn't have room for a bun." KFC's slick marketing move spawned a new kind of fast food, one that "doubled down" on a menu item's greasiest elements. And, as food purveyors soon noted, exponentially multiplied promotional buzz and online chatter. (Photo courtesy Arthur Bovino)

Click here for the Best Dishes We Ate in 2011

"These crass, commercial foods are aimed specifically at the young, male, macho demographic," Marion Nestle, professor of food sciences at New York University, told The Daily Meal. "And they're further evidence that food companies have only one goal -- selling food products."

And sell, they do. In 2010, reports circulated online that customers drove across state lines to score a KFC Double Down, and the chain sold 10 million of the sandwiches in their first month. So it makes sense that outrageous gimmicks were a vital strategy in 2011 for plenty of outlets, and will likely continue to reign over American diners in the New Year. From Dunkin' Donuts Sausage Pancake Bites to Pizza Hut's Big Box Dinner, check out 2011's most over-the-top fast-food dishes.

The Daily Meal
All things food and drink 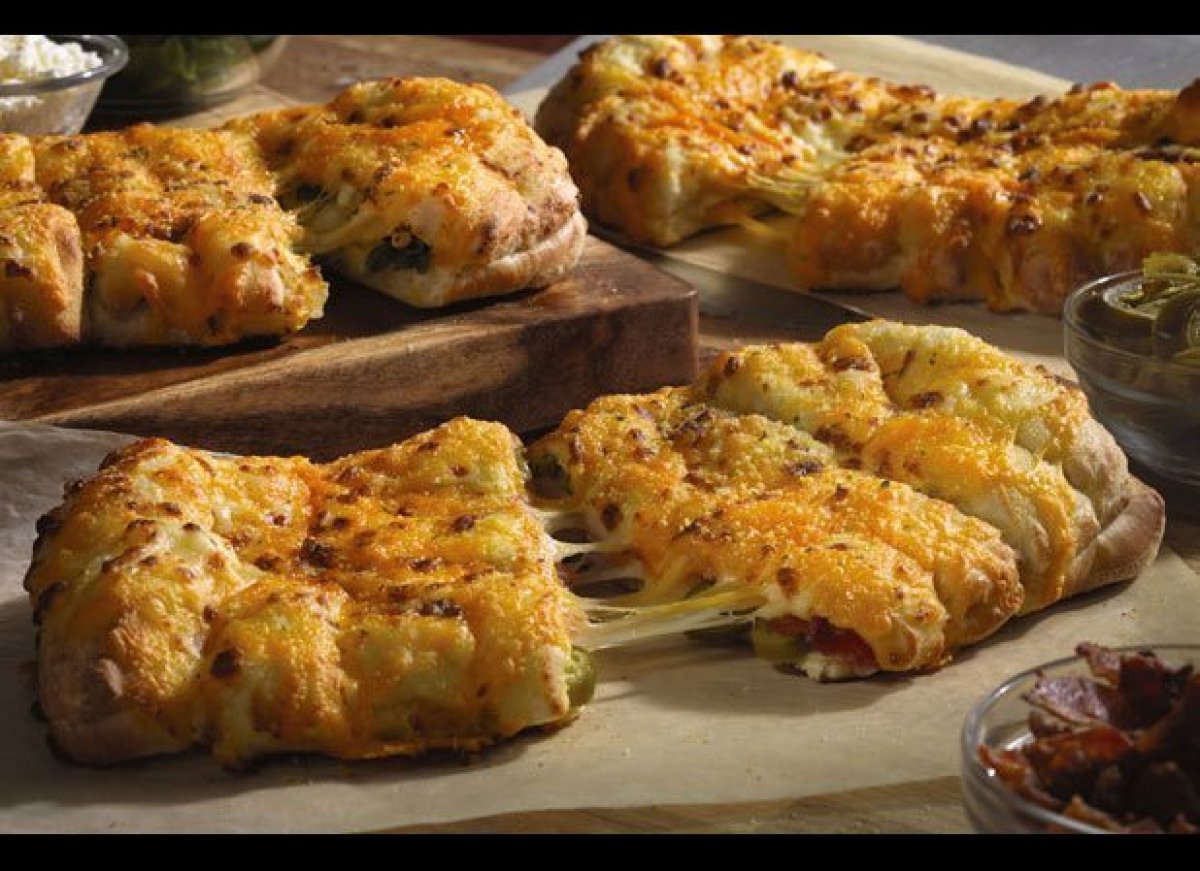