We're seen some pretty unfortunate sunburns in our day, and we know the places we're most likely to get them: beaches, hiking trips, and the like.

But some sunburn spots might surprise you, and they can scorch you harder than you think. Lather up before hitting these seemingly harmless destinations, because they deliver some of the most aloe-thirsty sunburns in the world.

Punaluu Beach in Naalehu, Hawaii
One of the most famous black-sand beaches in the world is a potentially perilous place to hang out. Black sand absorbs and emits more heat than white or tan sand, so when you visit, you’ll be tempted to lie on Panaluu's warm shore from morning till night. A sunrise-to-sunset day of UV exposure, though, can result in a nasty burn. 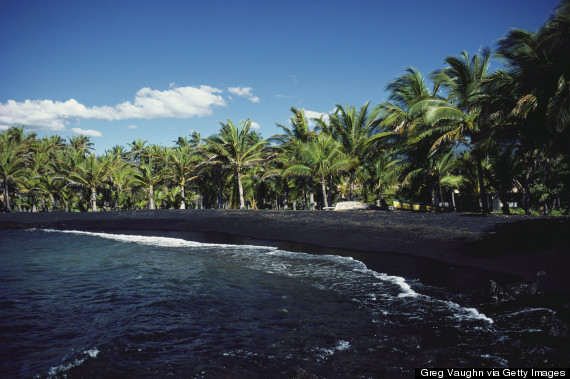 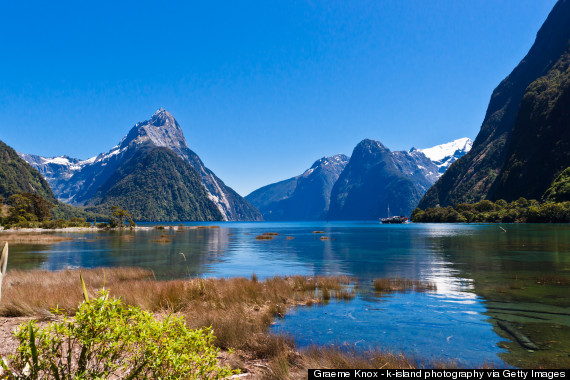 The Vdara Hotel in Las Vegas
In 2010, visitors at this Vegas resort were slammed with severe sunburns that appeared just minutes after arriving at the pool. The culprit was an invisible “death ray” of sunlight which reflected off the hotel’s concave shape and onto the pool area. Resort staff have lessened the effect with protective film and giant plants, but Vegas rays are still dangerously powerful on their own. 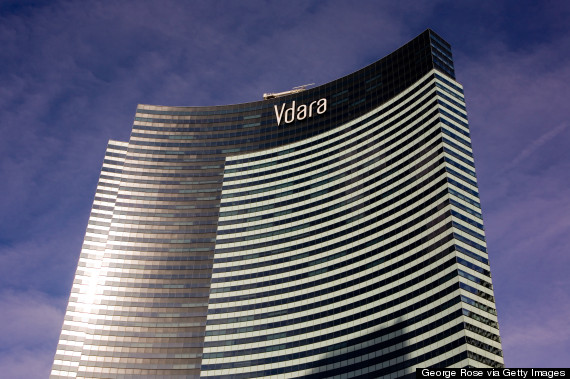 Venice Beach Skate Park in California
Concrete joins sand, snow and water as a major reflector of UV rays, and there is a lot of it at the ultimate beachside park in California. With 16,000 square feet of ramps and bowls, you could spend all day working on your ollie… and on your burn. 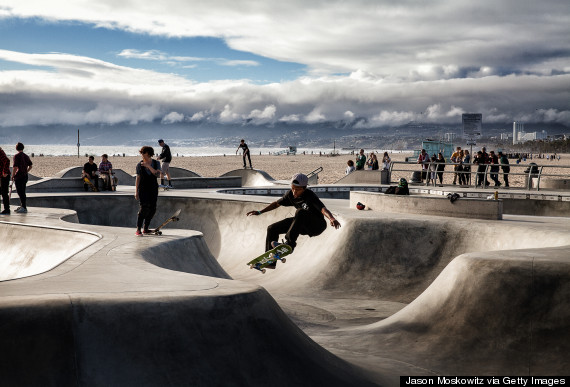 Quito, Ecuador
Sunlight hits Earth most head-on at the equator. And you can’t get much closer to the equator than Quito, which sits just 16 miles south of that perilous mid-Earth line. Add Quito’s crazy elevation of over 9,000 feet, and you’re at risk for what tourists say is “sunburn in a nanosecond.” 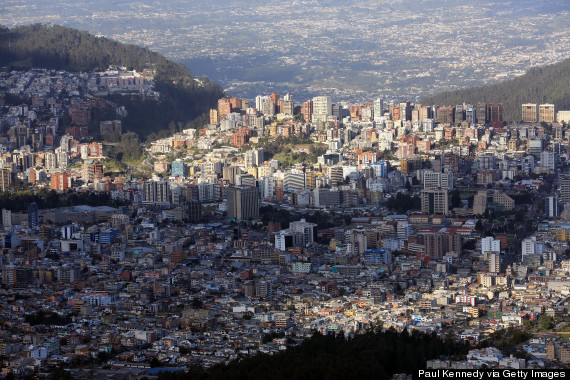 Bora Bora, Tahiti
One of the world’s top white-sand beaches is also a top sunburn destination, since light reflects most vividly off of white sand grains. Be especially cautious if you ride a stand-up paddleboard or kayak-- Bora Bora's crystal-clear water is a massive mirror! 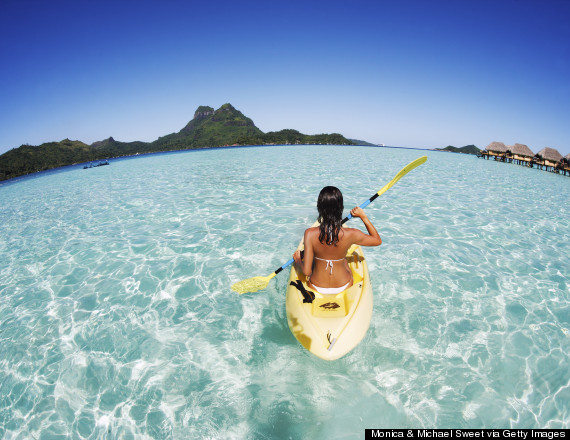 Salar de Uyuni in southwest Bolivia
These mind-boggling salt flats appear to be a magical and harmless playground. Watch out, though: those millions of tiny white crystals act like millions of tiny mirrors which zap light up from the ground and onto your exposed skin.

Breckenridge Ski Resort, Colorado
Breckenridge sits at the highest altitude of any North American ski resort, which means it has the least amount of atmosphere to absorb UV rays. Instead of getting gobbled up in the atmosphere, the rays instead blaze onto your face, then reflect off Breckenridge’s bright white snow, then shine back up at you with magnified strength. Ouch. 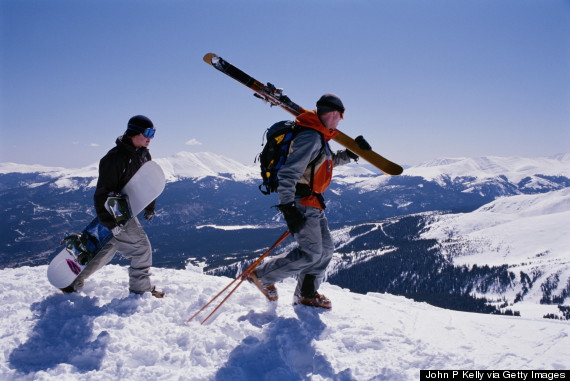