The following was originally published in Kevin's blog, MyMediaDiary.com.

There were bodies everywhere. I'd never seen anything like it before -- especially on a dog-walk... 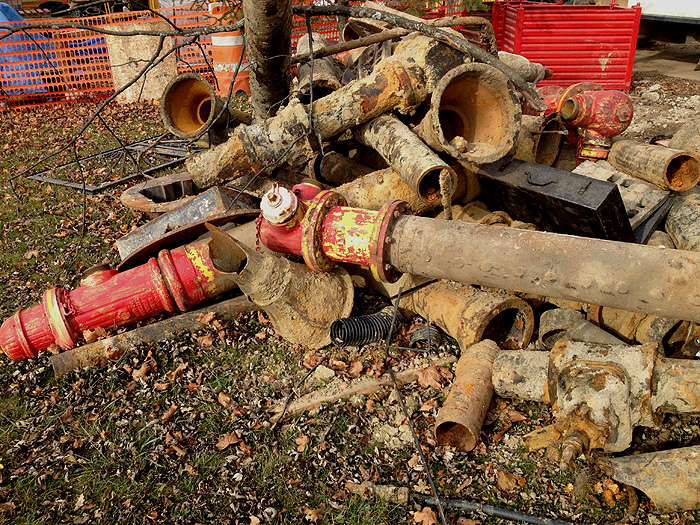 It was a dream of mine since I'd first read the How and Why Wonder Book of Dinosaurs to work on a dig. I dreamed of buried treasure -- triceratops horns, a mummy (without a curse), a Neanderthal skull or my sister's bracelet that I buried in the mud under a neighbors' swing-set. I checked on it periodically for the mud to turn to stone with the intention of cracking it open and impressing my friends. (I'm still waiting on that one -- sorry Colleen. The next time I'm in Cincinnati I'll see if it's ready yet.) 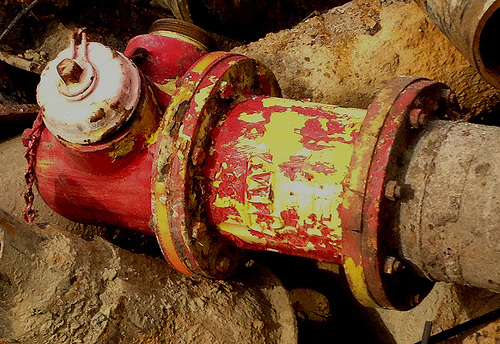 This archaeological dig wasn't quite as glamorous -- but I did have that chill run down my spine when I heard, then saw -- the bulldozer. My dad used to take me on rides in Detroit on Saturday mornings looking for steam-shovels, probably started by the classic children's book, Mike Mulligan and His Steam Shovel:

It's actually a tragic story of modernization and the worker falling behind the times, similar to Puff the Magic Dragon, about a kind heart led to a semi-tragic ending. Mike's crew neglected to give the poor shovel, Mary Anne, an out-ramp and she was trapped in the basement of a building where she was converted to a furnace. Mary Anne seemed happy with the arrangement, but I wondered, even at five-years, if she missed the sunshine, fresh air and general freedom that came with her earlier life.

If we found a construction site, my dad and I would sit in the Ford Falcon with some McDonald's and watch the hard-hats do something important looking. The diesel smell still is intermingled with the fries so it's difficult to have a cement mixer drive by without craving a Big Mac. 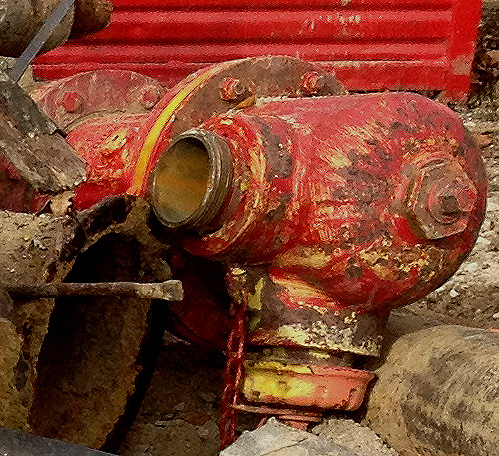 Apparently, it was time for the city to change the hydrants. I'd never seen a hydrant fully-exposed and always assumed the tip of the iceberg was pretty much it. But that pipe goes down quite deep and makes rusty turns in all sorts of hidden directions. Looking at these clogged public arteries, I'm surprised they carried any water at all. It was definitely time for surgery. 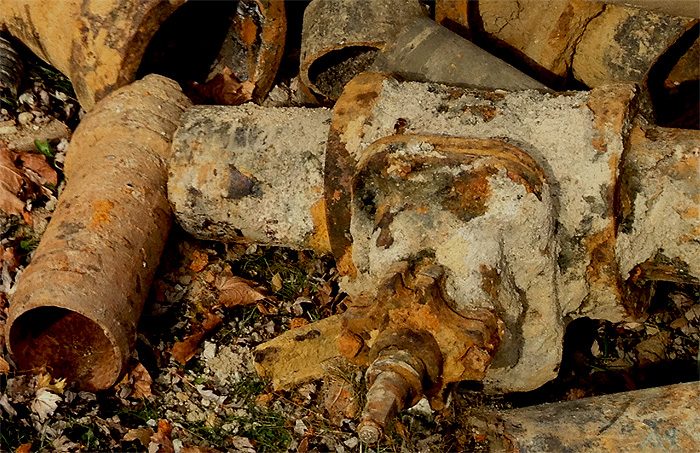 A feature on hydrants that I always find compelling is their dates, stamped like bottles of wine. Perhaps you might pass one and say, "Wow, that's a "Manistee '49," helluva year for fire-prevention!" 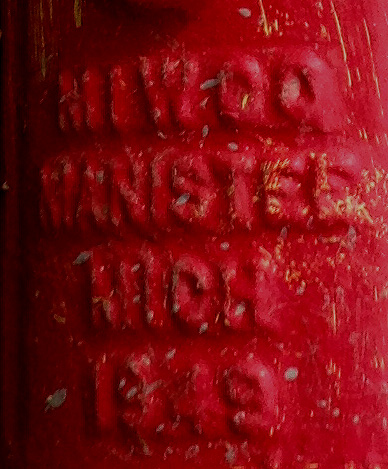 I suppose they are time-stamped so they know when to pull them out. Perhaps 60-70 years is the generally rule-of-thumb for water and iron to no longer function together amicably.

But 1949 was a significant year The troops were home (for another year before the draft began again with the Korean War), baby-boomers were booming forth and the post-war American industry had switched back from bombers to Chevies. Maybe during prosperity social-responsibility is reinvigorated.

So I stood there with my camera-phone and exasperated dog wondering...

If fire hydrants were proposed today would the Michigan State Senate or my city council, even, approve them?

The devastating fires in Chicago and San Francisco in the late 1800s prompted the mandate for municipal self-preservation -- particularly since a bucket-brigade wasn't always feasible -- assuming your neighbors stop pretending they're not home and answer the door.

Fire plugs are silly-looking and no one would certainly want one on their lawn if they had a choice. They're handy jungle-gyms (just ask my sister Katie) or even an instant day-at-the-beach for someone with not enough subway fare to make it to Coney Island. 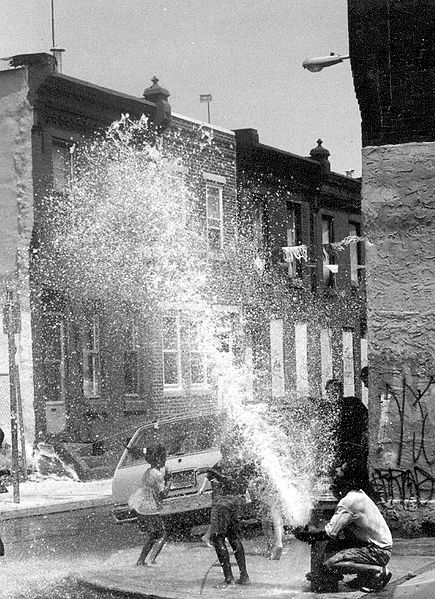 It's common property on that common strip of land that you're required to mow and keep neat. But anybody can use it without fear of trespassing. Go outside right now and try something. Stroll in front of your neighbor's house, lean against the hydrant like a bar stool and check your phone for messages. Glance up to see the impotent, territorial glances from the front porch. 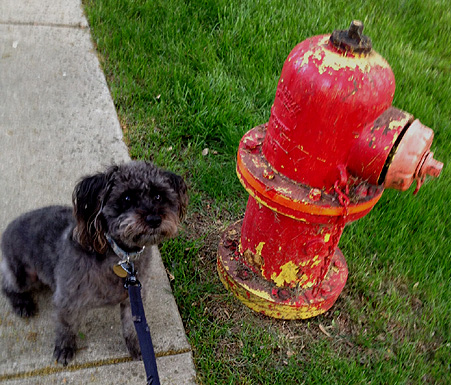 As I dragged the tugging dog away from this tempting pile of targets, I hoped that in 2083 when the '13 models are being exhumed, that they don't just exist on my side of town -- or worse yet, are the subject of a children's book, The How and Why Wonder Book of Fire Hydrants or worse, Billy, the Lonely Little Fire Plug.