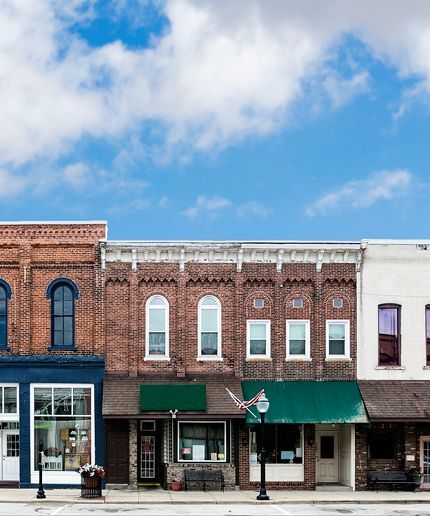 Most places are named after other places; just ask New Jersey, New York, New Haven, New Orleans, New Hampshire, etc. There's not usually a ton of creativity involved. But for every "New [Insert other place]," there's a place with a more, um, unique name.

According to The Huffington Post, The Estately blog recently compiled a list of the most bizarrely-named cities, towns, and unincorporated communities in the United States. Some are puzzling; others are downright regrettable.

Food names are, in my humble opinion, some of the most beautiful words in the English language (no one can dispute the sonic appeal of "bacon.") Naturally, there are a lot of places named after foods. Take a trip to Bacons, Delaware or Raisin City, California. Breakfast lovers can head down to Two Egg, Florida or Toast, North Carolina.

And then there are the names that are simply inexplicable. Paint Lick, Kentucky is perplexing. Should we be licking the paint? Is the whole town edible? Similarly, we can't help but feel that Humansville, Missouri must have been named by an ambitious pack of rats. ("That's where the humans live, Frank! It's Humansville!")

Props and giggles to whoever named Buttzville, New Jersey. I personally use "Buttzville" to refer to places like the DMV and the dentist's office. Who knew it was a real place? Apologies to the fine residents of Buttzville. 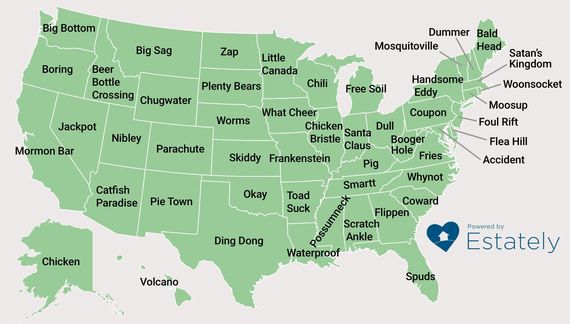