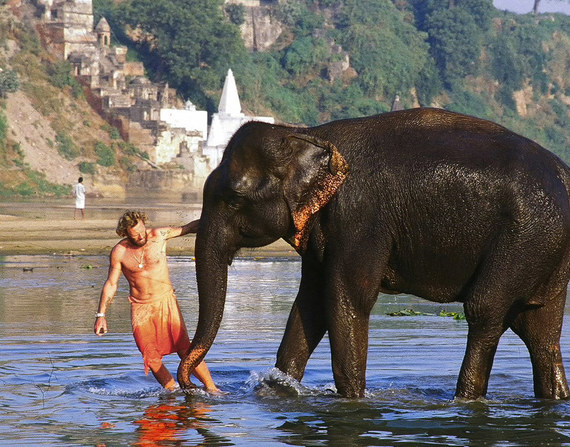 Mark Shand, brother of Camilla, Duchess of Cornwall (Prince Charles's wife), was considered a modern day Tarzan. He lived a charmed life from day one as a dashing explorer with a to-die-for King's English accent. He was a lover of women, and adored by legions of women and men alike. He was just 63 years old on April 23, 2014, when, after a fundraiser he'd choreographed that had raised 2.7 million dollars to save Asian elephants, he lost his balance, fell, and cracked his head on the pavement. After being unhooked from life-saving machines, he was pronounced dead of, "blunt impact head trauma with a skull fracture and subdural hematoma."

His daughter, Ayshesa Shand, was 19 at the time and was quoted in Vanity Fair. "In my opinion it was his time to go, as much as that seems really odd. Dad lived an extraordinary life, but he was never truly satisfied. And I felt that at that moment, he was . . . . He would have hated to be an old man. He would have hated to sit by a fire grumbling, bored, his life without adventure." (Italics mine.)

Whoa, did she really say that?

There is no question that our culture has gotten so youth oriented that people over 50 are considered irrelevant. Apparently we are not only invisible, but we are better off dead. Books, magazines, movies, social media are all about being young. Today in hot power fusion yoga the girl next to me was about 19, which means that I started doing yoga when she was born. I kept wondering, if asked, if this girl would say she would rather be dead than be me.

While I was still mulling that over, today I also received an email reply to a query email I sent to an agent four months ago about my upcoming novel On the Run in Beverly Hills -- the story of three 60-year-old best friends who suddenly find themselves husband, homeless and broke. I got many, many rejections for this novel. The reason most stated was "publishers do not want stories about older women."

Wow, can that be true?

I want to write stories about older women because, frankly, it's not that interesting to me to watch or read about women who are thirty years younger than me, and I can't be the only older woman who feels that way. I already did all those things the younger protagonists are doing. I want to read about what I'm doing now, how I'm feeling now, how I'm coping, how I'm learning, thriving, growing, and falling in love.

I doubt seriously if Mark Shand, who rode an elephant for 600 days through India to focus the world's attention on the plight of these creatures, would have sat by the fire, grumbling, bored, without adventure. But apparently that's how the youth culture views aging.

Not sure about those of you who are over 50, but I have no intention of being bored. And I definitely choose life!