For all its insistence on the proper use of words, Wouldn't It Be Lovely?, conceived and directed by Aaron Ganz for San Pedro Rep and adapted from George Bernard Shaw's Pygmalion and the musical My Fair Lady, presents an enchanting spectacle that melds dialogue with song, dance and setting. As with Four Larks' recent production of Orpheus, it fantastically updates a classic, makes it relevant for a new audience. And, in a 99%/1% society, in makes you see the world in a new way. 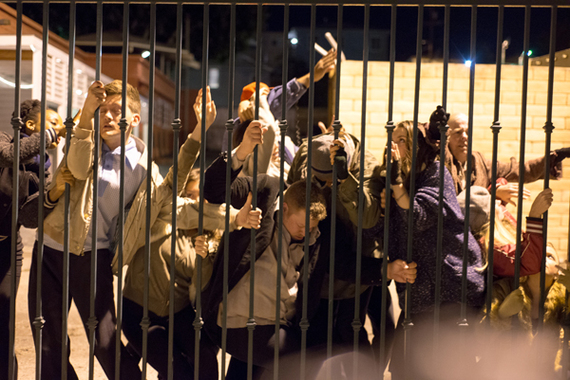 Transplanted from Victorian London to contemporary New York City, the story's inscribed on our cultural memory. Aristocrats Henry Higgins (Chris Lang) and Colonel Pickering (Phillip Wheeler) make a project out of street urchin Eliza Doolittle (Paris Langle). Less a humanitarian gesture and more a gentleman's bet, the two men wager that she can pass muster at an Ambassador's Ball. The initial meeting, where's she's selling flowers; the diction lessons; her trial run; her triumphant entry into society; the end of the tutelage, they're all there, just as we remember them. 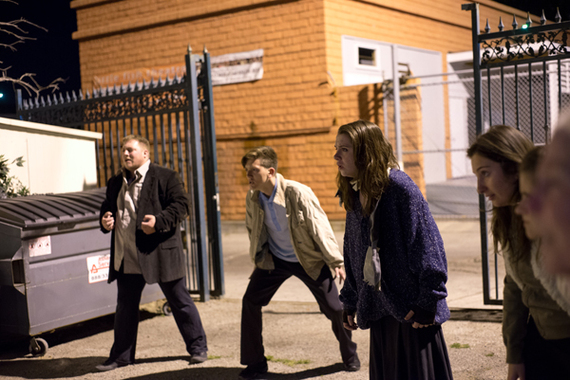 The ensemble effort is excellent. Lang's Higgins is superb as the bumptious and arrogant Higgins. Words he may know but the world-at-large remains a big mystery to him. If this were Victorian times, he'd be called imperialist. Now he's competitive and smarmy, an uber-educated man of means. He's at his funniest in his back-and-forths with Wheeler's Pickering and with his mother, Mrs. Higgins (Dorrie Braun). He one-ups Pickering at every turn while his mother, all too aware of her son's arrested emotional development, cuts him down to size. He shines in his relationship with Langle's Eliza. At the beginning, he's an insufferable pedant. By the end, having watched her blossom, he's smitten and uncharacteristically vulnerable. 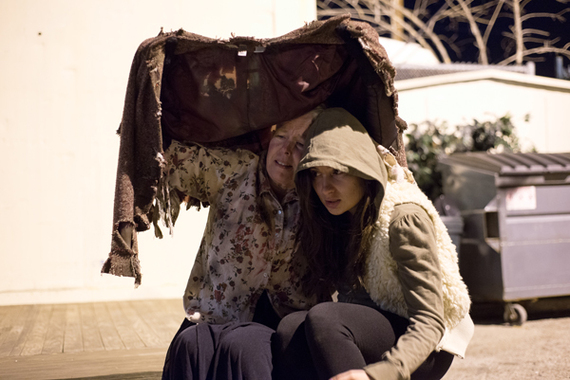 Langle's Eliza is a force of nature. Though her accent, word choice, and syntax may betray her low origins, her carriage, her self-esteem, and determination are downright regal. From start to finish we feel her deep humanity, her ambition to further herself. In the street, she's a typhoon but, when she presents herself as a lady, she's an incandescent rainbow. 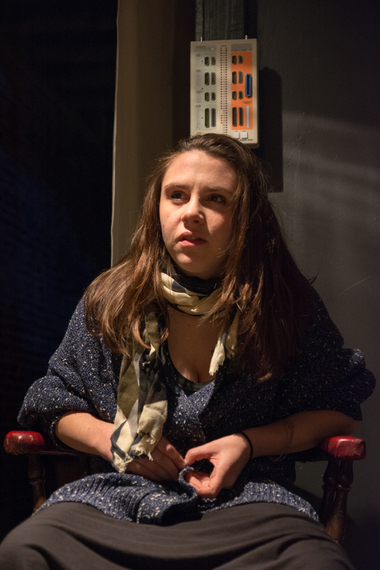 Though the acting, especially that of the two leads, is enthralling, the staging is memorable. First, there's the space itself. San Pedro Rep utilizes every inch of their admittedly small space. The opening scene, in front of the opera, and the enactment of the Ambassador's Ball, take place out back in the alley. On a gorgeous spring evening, the effect was stunning. Higgins' study is set in what can be called the space's back room. And his mother's sitting room is set in the space that opens out onto the front street. This inventive use of space expands the narrative, bringing us into the production. To add to the intimacy, the actors perform a few feet in front us and, when we're standing, mingle amongst us. 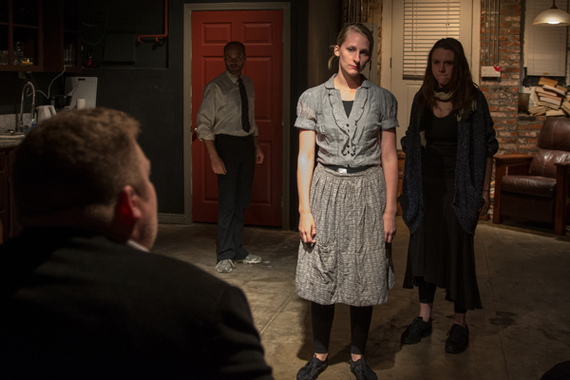 Second, with Brian Moe's choreography, Tamara Becker's costumes and sets, and Patrick Newell's music direction, the piece bristles with unexpected flourishes. Not just the Pygmalion story punctuated with My Fair Lady songs, this update presents dance that, ironically enough, expresses more than words ever could. The scrum of street kids at the beginning, Eliza's urban dance moves at the Ambassador's Ball and with Higgins at the end, all these are presented with West Side Story energy and verve. 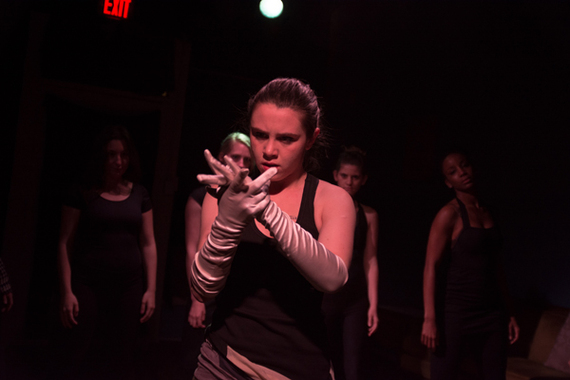 Wouldn't It Be Lovely? is just that, lovely. Staged as a dialogue of word and movement, it shows that refinement and cultivation are in the eyes of the beholder. The polite society of Higgins may express itself with words but the world to which Eliza belongs is livelier, more passionate. One's Apollo, one's Dionysius -- when they come together, the effect is magical. 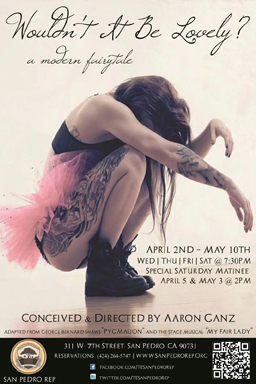