The day after Thanksgiving is the busiest day for plumbers, according to Roto-Rooter. Meal prep and cleanup can clog drains and garbage disposals, and guests requiring “additional clothes washing, showers, and toilet flushes put a strain on household plumbing,” the company says. It experiences a 21 percent increase in calls over the four-day weekend than any other Thursday to Sunday period in the year.

Big Bird’s suit on Sesame Street consists of turkey feathers that have been dyed yellow. The American Plume & Fancy Feather company is responsible for making the suit, and Big Bird is its toughest customer, owner Anthony Trento told CNN in 2008. “His tremendous costume uses feathers from the rear end of a turkey, which are rarely clean. Sesame Street rejects nine out of ten feathers,” said Trento.

Every year, millions watch the Macy’s Thanksgiving Day Parade in person and on TV. Macy’s began the parade, then known as the Macy’s Christmas Parade, in 1924 to celebrate their expansion and new status as “world’s largest store.” People today would be familiar with most of the first parade’s contents; there were floats featuring nursery rhyme characters and Santa Claus in his sleigh. What might be out of place today were the animals—bears, elephants, camels, and monkeys loaned from the Central Park Zoo. Giant balloons debuted a few years later, in 1927, with Felix the Cat among the very first.

This state is all about turkey

Minnesota produces more turkeys than any other state in the U.S., raising close to 46 million in 2015, according to the U.S. Department of Agriculture.

Have turkey questions? Call the hotline

The Turkey Talk-Line hotline from Butterball answers all turkey questions each November and December. It began in 1981 with six home economists, who answered 11,000 calls about how to cook a turkey. Since then, the hotline has grown to answer 100,000 calls each season, and include Spanish-speakers, the first male Turkey Talk-Line expert, and email, texting, live chat, and social media platforms. Get more information and learn how to get in touch here.

The National Turkey Foundation (NTF) estimates that around 88 percent of Americans eat turkey on Thanksgiving, and about 46 million turkeys were consumed on the holiday in 2015. Turkey has become a bigger part of the American diet recently, with consumption nearly doubling over the past 25 years, according to the NTF.

Male turkeys, also called toms, are the only ones that can gobble. The females, or hens, make clucking or clicking sounds.

Americans prefer the white meat of the turkey, like the breast. Other countries prefer dark meat. Pacific Islanders, however, prefer a whole different part of the turkey: the tail. In a news report from the University of Michigan, researcher Sela Panapasa says that many islanders love the turkey tail, or more accurately “a gland that attaches the tail to the turkey’s body. It’s filled with oil that the turkey uses to preen its feathers.”

On the road again

The American Automobile Association (AAA) expects that Thanksgiving 2016 travel will be at its highest since 2007, with 48.7 million Americans projected to trek 50 miles or more. This is an increase of about a million people from 2015. The majority of travelers (around 89 percent) will drive.

The first official presidential pardon of a turkey occurred much more recently than most might think: President George H.W. Bush did it in 1989, and it’s since become an annual tradition. Stories of unofficial pardons, however, go further back - perhaps even to President Lincoln’s days, when he supposedly pardoned a turkey after an impassioned plea from his son Tad for the bird’s right to live.

Though the first Thanksgiving took place in 1621, it didn’t become a U.S. holiday until 1864; President Abraham Lincoln announced it after the Union army won a battle at Gettysburg. Thanksgiving was set as the fourth Thursday in November, and has been since, except for a brief period towards the end of the Depression. President Franklin D. Roosevelt moved Thanksgiving to the third Thursday in 1939, in an attempt to boost the economy by giving shoppers more time between Thanksgiving and Christmas. This was reversed in 1941.

It’s not exactly clear if turkey was served at the First Thanksgiving, though Colonists and Native Americans did eat wild turkey, according to the Plimoth Plantation, an experiential learning center in Plymouth, Massachusetts. An account of the First Thanksgiving from Edward Winslow mentions hunters who brought plenty of fowl, which probably included ducks, geese, swan, and perhaps turkeys, along with venison, lobster, mussels, and grapes. Items from our typical Thanksgiving dinner, such as cranberry sauce, sweet potatoes, and pumpkin pie, were absent from the first table. Sugar was expensive at the time, and the Pilgrims likely had none. Potatoes, which originated in South America, also had not yet made their way into the North American diet.

The tradition of football games on Thanksgiving dates back to 1934, when the Detroit Lions played the Chicago Bears in the first NFL game broadcast nationally. George A. Richards, a radio executive and owner of the Detroit Lions team, wanted to gain the attention of fans with a Thanksgiving Day game. His idea worked, and all 26,000 tickets sold out two weeks before kickoff. The Lions have hosted a Thanksgiving game each year since. The Dallas Cowboys also began hosting on Thanksgiving in 1966, and a third game was added with rotating matchups in 2006.

Canadians have Thanksgiving, too

Americans aren’t the only ones who celebrate Thanksgiving. The first official Thanksgiving in Canada was in 1879, though traditions of honoring the fall harvest predate both the official American and Canadian holidays. The date was moved around until 1957, when Thanksgiving was set as the second Monday of October.

8 Fun Facts About The American Flag 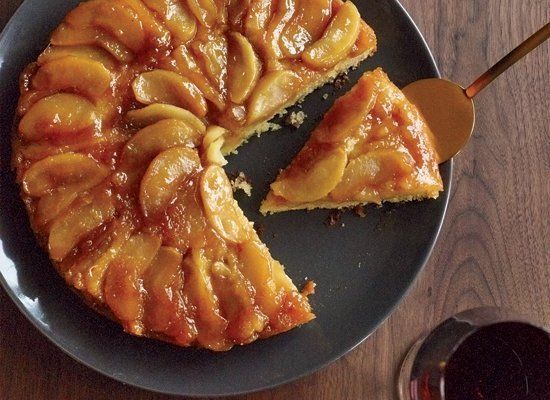