As UNESCO held its World Press Freedom Day (#WPFD2016) conference this week, an Egyptian speaker lamented the declining state of liberty in her country amid fears she, too, faced prosecution for publishing content the government considered subversive.

"In a context where the political environment is not sensitive at all to the basics of human rights standards, it becomes really pointless to talk about legal instruments, and in the specific case of Egypt, two pieces of legislation about to pass are going to turn my life into a nightmare as well as those of many others," said Lina Atallah, co-founder and chief editor of Cairo-based Mada Masr. 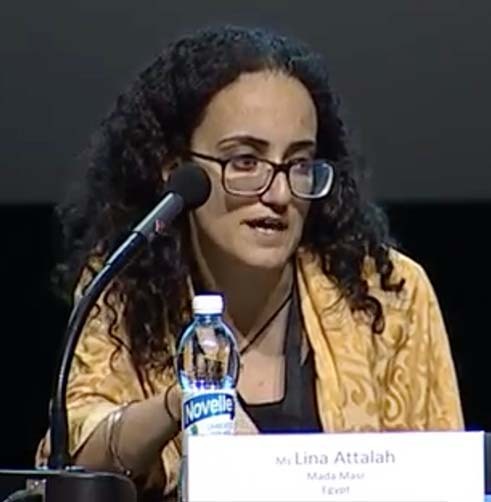 She was referring to authorities' surveillance overreach and online censorship exercised in the name of national security, among other pretexts, during the conference's first plenary session in Helsinki.

"It is important for those of us who continue to be out of prison to push for the kind of independent journalistic practice that we want to defend and not to let the paranoia of state surveillance stop us from working," Atallah said. "I know the cost is high, but there's still a space to function and there's a space to reverse, to some extent, many of the state's attempts to limit our freedoms through legislation and arbitrary practices."

Ironically, the Egyptian prosecutor general slapped a gag order that same week on publication or broadcasting across media platforms of any news about the apprehension of Egyptian journalists inside their syndicate headquarters and hauling them to jail on alleged charges of terrorism and violations of the penal code. 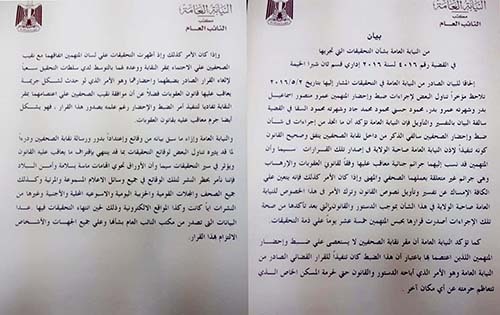 "We need governments to be accountable and transparent," said CNN chief international correspondent Christiane Amanpour who wears the UNESCO Goodwill Ambassador for Freedom of Expression hat. 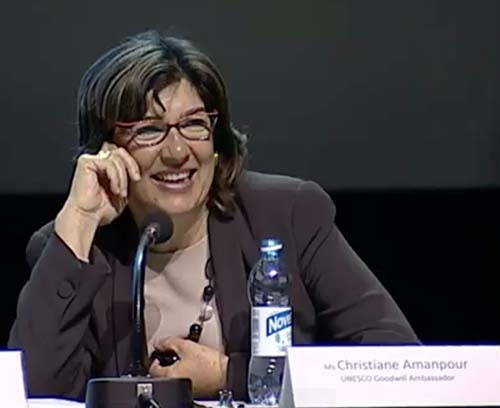 But her wish list is a tall order for many countries where press freedom is in short supply and violence against journalists is par for the course.

According to UNESCO, one journalist is killed every five days in the line of duty and the impunity of such acts is unabated.

"Press freedom depends on safety," noted Guy Berger, UNESCO's director of the Division for Freedom of Expression and Media Development at the opening of a parallel research conference on the safety of journalists, adding that 95% of attacks on media staffers are never resolved. 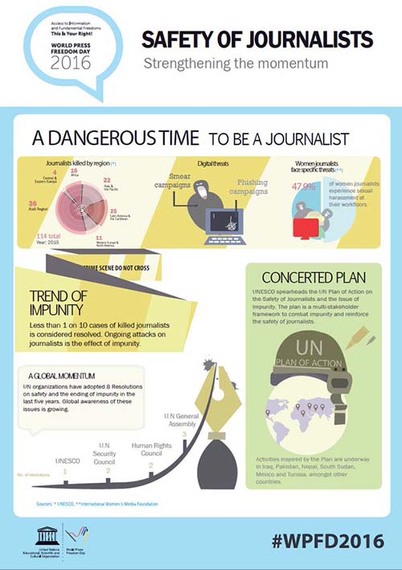 Another inescapable irony is that this year's WPFD coincides with the 250th anniversary of the world's first Freedom of Information Law in Sweden and Finland. Finland was part of Sweden at the time.

The "Freedom of the Press Act 1776" passed by Sweden's parliament abolished preventive censorship and made political debate - including criticism of the country's rulers - permissible. But religious texts remained subject to prior censorship.

The Act stipulated that administrative and judiciary documents, as a rule, were public and that citizens had the right to access them. 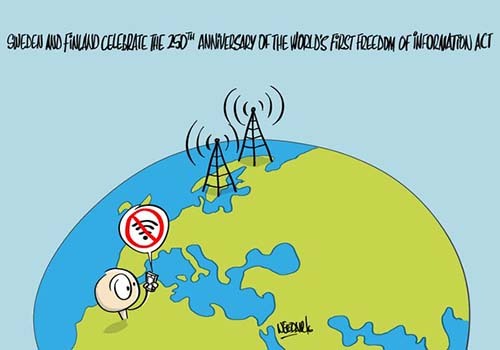 The legislation was the brainchild of Anders Chydenius, a 37-year-old Member of Parliament and chaplain of a small, remote parish in the Swedish kingdom's eastern part - present-day Finland.

Over 100 countries now have similar legislation.

"This same spirit led UNESCO's 195 member states to establish the 28th of September as the International Day for Universal Access to Information," said the organization's director general Irina Bokova.

Another milestone celebrated in Helsinki, Bokova added, was the 25th anniversary of the Windhoek (Namibia) Declaration adopted by a group of journalists in Africa in 1991 that called on the world to defend freedom of expression, as embodied in Article 19 of the Universal Declaration of Human Rights.

The three-day conference, including off-site activities, was packed with sessions also focusing on media coverage of the refugee crisis, artistic freedom, whistleblowers and source protection, hate speech and ethics, gender issues, and freedom of information. 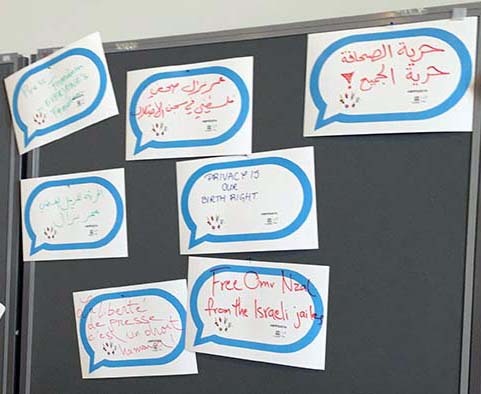 An animated session on new frontiers in disinformation and the use of propaganda pitted Russian Union of Journalists Executive Secretary Nadezhda Azhgikhina against the Latvian Culture Ministry's head of the Media Policy Division Roberts Putnis in a debate over who engaged in media manipulation. 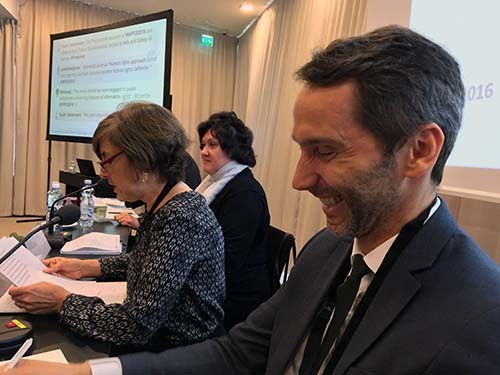 UNESCO awarded its Guillermo Cano World Press Freedom Prize in absentia to Khadija Ismayilova, a freelance journalist from Azerbaijan and a contributor to Radio Free Europe who has been in jail since 2015 for her bold investigative work. 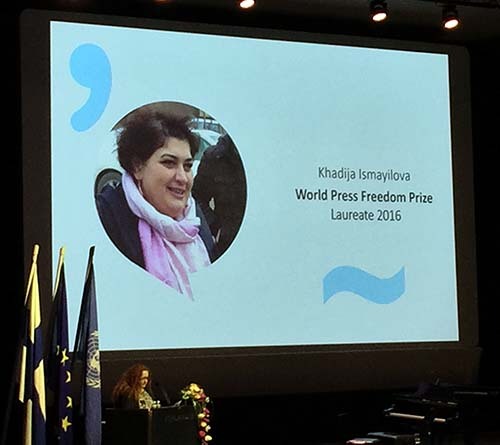 The prize is named after Cano, a Colombian editor who was killed in front of his newspaper in 1986 because of his campaign against drug violence.

The conference culminated in the Finlandia Declaration on Access to Information and Fundamental Freedoms that called on UNESCO to promote awareness that the right to information was a human right, essential for transparent and accountable governance and sustainable development.