Last week, Entertainment Weekly shared a still image from Disney’s upcoming “Wreck It Ralph” sequel, “Ralph Breaks the Internet,” featuring everyone’s favorite princesses hanging out in loungewear at what appears to be a sleepover.

Plenty of people loved the image and praised Disney for its attention to detail, especially in regards to the wardrobe choices like Snow White’s poison apple T-shirt. But others couldn’t help but notice that Princess Tiana ― Disney’s first African-American princess ― looked lighter-skinned and more Euro-centric than she did in previous promotional material from the movie.

A post shared by Entertainment Weekly (@entertainmentweekly) on Aug 10, 2018 at 6:25am PDT

In response to the image, which also features the lovable Vanellope from “Wreck It Ralph,” aired their grievances about Tiana on social media.

In today’s edition of “you tried it,” Disney decided to reinforce colorism by lightening Princess Tiana’s skin in #RalphBreaksTheInternet. Tiana was a dark skin Black woman in Princess and the Frog, now she has light skin and Eurocentric features. What happened to her wide nose? pic.twitter.com/YnX9eFPLm9

What makes this all the more infuriating is the fact that previous images from #RalphBreaksTheInternet featured the original dark skinned Tiana. That means that someone at Disney went well out of their way AFTERWARD to redesign Tiana with lighter skin and Eurocentric features... pic.twitter.com/bqrvMmsK7u

why does princess tiana look so different from the wreck it ralph trailer we got 2 months ago to today’s new still..........let me know pic.twitter.com/h63b4DXE03

I was very excited for this film and I still am. But I cannot look away from this. So I fixed it. #RalphBreaksTheInternet #PrincessTiana #WreckItRalph pic.twitter.com/7ocNQSt60u

I’m extremely confused as to who this is... was Princess Tiana’s skin tone and dark hair too hard to digitalize? pic.twitter.com/M2f30gjiBR

Y’all don’t understand how important Princess Tiana is to Black girls. We finally had a Disney princess that looked like us, and now, she doesn’t. They gave her Eurocentric features and turned her into a racially ambiguous woman. It’s a no from me, dawg.

A couple people accused Disney of white-washing Pocahontas as well.

Disney you ain’t slick Tiana went from full black to half black real quick and Pocahontas went from Native American to a white person with a tan pic.twitter.com/UQrEchQsRp

Okay... As hyped as I am for this amazing still of Ralph Breaks the Internet... Why the hell are Pocahontas and Tiana's skintones lighter than what they truly are? Are you kidding me right now? I'm tired of this crap. pic.twitter.com/Ntsd5Mmmhu

But it wasn’t all bad. Some people praised Disney for depicting Tiana with with her natural hair down ― a small victory in terms of representation.

I know some people are saying 'this isn't Tiana, what did they do?', but something I never quite liked about Princess and the Frog was the fact that Disney chose not to give their first black princess natural hair... so I just really appreciate this look for baby Ti. pic.twitter.com/1kIK5KW3dJ

IS NO ONE GONNA MENTION GORGEOUS TIANA WITH HER HAIR DOWN?? DRINKING A FREAKIN DISNEY-LOGO STARBUCKS?? pic.twitter.com/R4h81MtKUx

The company is no stranger to controversies like this one. Not only did it claim it was having a hard time finding people of color to cast in the live-action “Aladdin” remake, Disney also admitted to darkening the skin tones of white actors cast as extras. 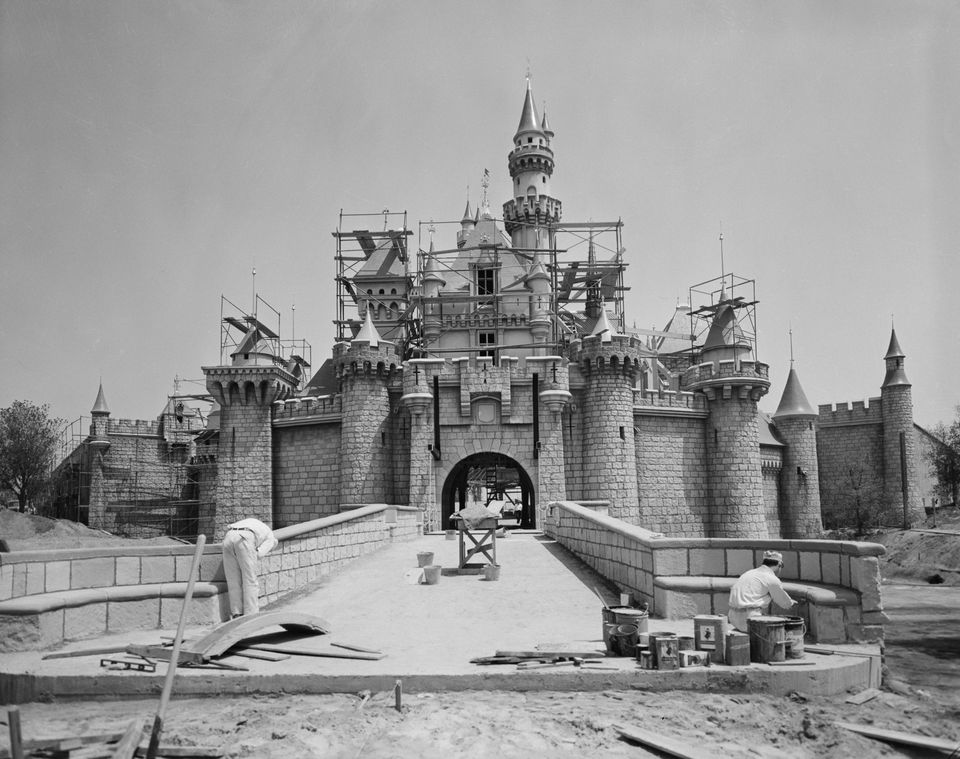