Discrimination against lesbian, gay, bi, trans and intersex people doesn't just hurt people; it hurts corporate profits and costs countries tens of billions of dollars in lost economic output. That's the message of a new United Nations video, "The Price of Exclusion", narrated by the actor Zachary Quinto and launched at UN Headquarters in New York today as part of a global campaign against homophobia and transphobia. 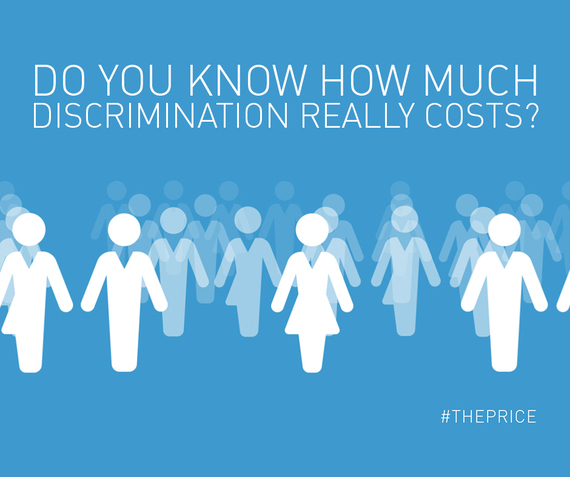 In recent years, the United Nations has documented serious human rights violations against lesbian, gay, bi, trans and intersex people in countries around the world. In a report presented to the Human Rights Council earlier this year, UN human rights chief Zeid Ra'ad Al Hussein pointed to evidence of "pervasive, violent abuse, harassment and discrimination affecting LGBT and intersex persons in all regions."

Stigma and abuse begin early - often in school playgrounds. According to studies carried out in the United States, the United Kingdom and Thailand, between half and two thirds of LGBT students are regularly bullied at school and up to a third skip school to escape harassment.

Bullying, isolation and family rejection drive many LGBT youth to abandon their education altogether, with many ending up homeless on the streets. Up to 40 per cent of homeless youth on the streets of major U.S. cities identify as LGBT or queer, compared with likely less than 10 per cent of the overall youth population.

In study after study, rates of poverty, food insecurity and depression have been found to be far higher in the LGBT community than in the public at large. A U.S. study found gay and lesbian youth are four times more likely to contemplate or attempt suicide, compared with the general population - trans youth are ten times more likely.

Those most directly affected are of course the victims themselves - the individuals being discriminated against. But it's not only LGBT people who pay the price; we all do. Every trans youth thrown out of home or forced to miss out on an education is a loss for society. Every gay or lesbian worker denied work or driven to emigrate is a lost opportunity to build a more productive economy.

According to a pilot study conducted for the World Bank last year, discrimination against LGBT people in India could be costing that country's economy up to $32 billion a year in lost economic output. No wonder UN Secretary-General Ban Ki-moon recently called ending discrimination against members of the LGBT community "a human rights priority and a development imperative."

The economic damage caused by discrimination is substantial - and entirely unnecessary. With different laws and policies in place - and, importantly, a different mind-set - we could and would achieve a different result. The UN is working with governments and, in a new initiative, with companies to bring about change.

In recent years, businesses large and small have taken steps to make the work environment safer and more inclusive for their LGBT employees. Many have changed the way they do business with a view to better serving LGBT customers and, in some cases, extracting anti-discrimination commitments from suppliers up and down their supply chains.

For the most part, companies are taking action because they believe it's the right thing to do. But they are also acting in their own interests - and those of their shareholders, customers and the wider community.

Watch the UN's new video to learn more about the business case for inclusion, and visit www.unfe.org for more information on Free & Equal - the UN's global campaign to end discrimination against LGBT and intersex people everywhere.