Here’s something you don’t see every day: an entire shark swallowed by a fish.

Researchers from the National Oceanic and Atmospheric Administration’s Okeanos Explorer watched in real-time last month as the ship’s remote vehicle captured footage of a feeding frenzy. At least 11 small sharks of two types ― the Genie’s dogfish and roughskin dogfish ― were feasting on a dead 250-pound swordfish that had fallen to the ocean floor at a depth of 1,476 feet.

But nearby, a lurking wreckfish appeared to use the remote vehicle for cover, and it had another meal in mind: Shark.

When one hungry shark strayed too far from the frenzy, the wreckfish moved in for a bite ― or maybe it was more of a gulp.

“It has a whole shark in its mouth!” one of the researchers said. 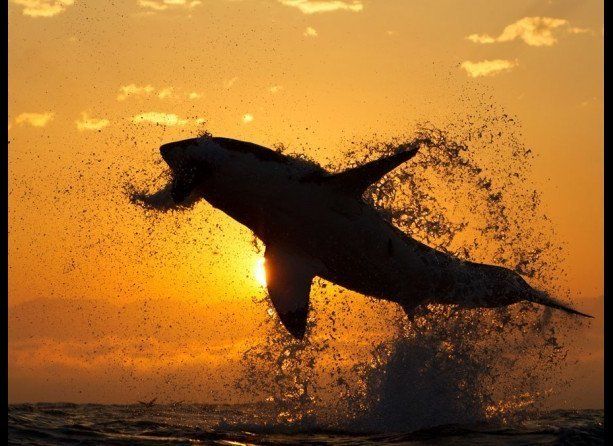 1 / 5
In the Air
Photo courtesy of Chris Fallows, www.apexpredators.com