We knew the Internet was full of buried gems, but this video -- uploaded way back in 2011 by Carlos C. -- wins (the wrestling match of) the day.

While we're certainly familiar with wrestlers yelling in the heat of the moment, we've never really paid attention to what comes right before they let loose: the gigantic, blustering inhale. And this hilariously weird compilation gives us plenty of that.

Who knew belabored silence could be so funny?

These Wrestlers Have Absolutely No Words For Us
Oil Wrestling 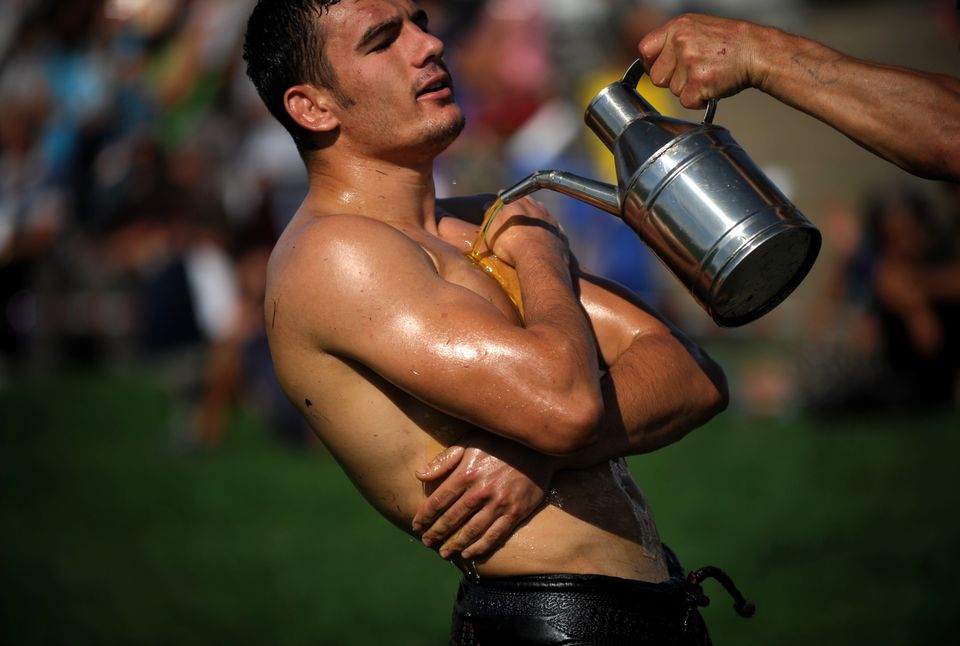 1 / 20
A Bulgarian oil wrestler, known as pehlivan, prepares on September 30, 2012 for the start of a traditional oil wrestling competition near the village of Cherna, some 410 kms east of Sofia. The tournament aims to revive an old tradition of oil wrestling, which is also popular in Turkey in the Balkans.
Nikolay Doychinov / AFP / Getty Images