Are you ready rummmmmble? How about forever and ever 'till death do you part?

That's what Leah Goblirsch and Patrick Mahan pledged to do when they got married in November. Photos of their wrestling-themed wedding made the rounds Wednesday after the groom posted them on Reddit.

(Story continues after the photo). 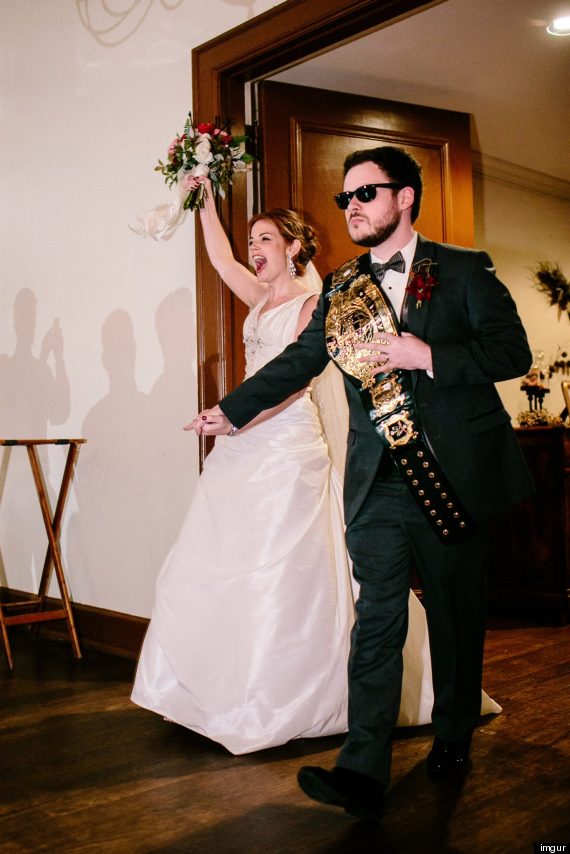 The bride tells the Huffington Post that the theme came about because her now-husband is a "huge" wrestling fan. Not only were the save the dates titled "Wedding Mania", the bride tells us that the DJ acted as the "ring announcer," the groom and his groomsmen rocked championship belts, and the new couple even entered the reception with their own themed music playing in the background -- just like a couple of WWE pros.

Check out all the amazing photos below, courtesy of the couple.