Spotting couples meandering through the streets with little regard for traffic or surroundings isn't exactly an uncommon sight in Wrigleyville -- unless the pair is wandering around on four legs.

Late Friday night, a pair of coyotes was seen roaming through the busy Chicago neighborhood right outside Wrigley Field. Photographer Will Byington caught the coyotes on camera while shooting a show at the Cubby Bear across the street.

"I think it was in between sets because it was the middle of the show," Byington told HuffPost Chicago. The photographer said Cubby Bear security radioed the bar to give them the heads-up on the wild creatures. "They were just meandering around the street. Cars were honking at them and people were shouting."

(See more of Will Byington's Wrigleyville coyote photos below.)

Byington said had he known the news would spread (Deadspin and the Sun-Times also had fun with the sighting) he would have tracked the pair.

Instead, Byington, a Wrigleyville resident himself, watched the coyotes crisscross around the perimeter of Wrigley "right by the marquee," heading near the VIP parking area and then around the Ernie Banks statue near Waveland.

"They had that look, I see that look in people's eyes all the time when they're looking up Clark Street," Byington said. "Maybe they're looking at Trance, or Wrigleyville Dog or McDonald's."

Byington told Fox Chicago he hadn't been prepared to shoot photos of the animals on the dark street but given the unique situation, would "take what he could get."

NBC Chicago noted recent research that suggests the coyote population is on the rise in suburban Chicago, where sightings have put pet owners on alert due to a series of attacks. Another hundred to a thousand coyotes are said to live in the city itself. 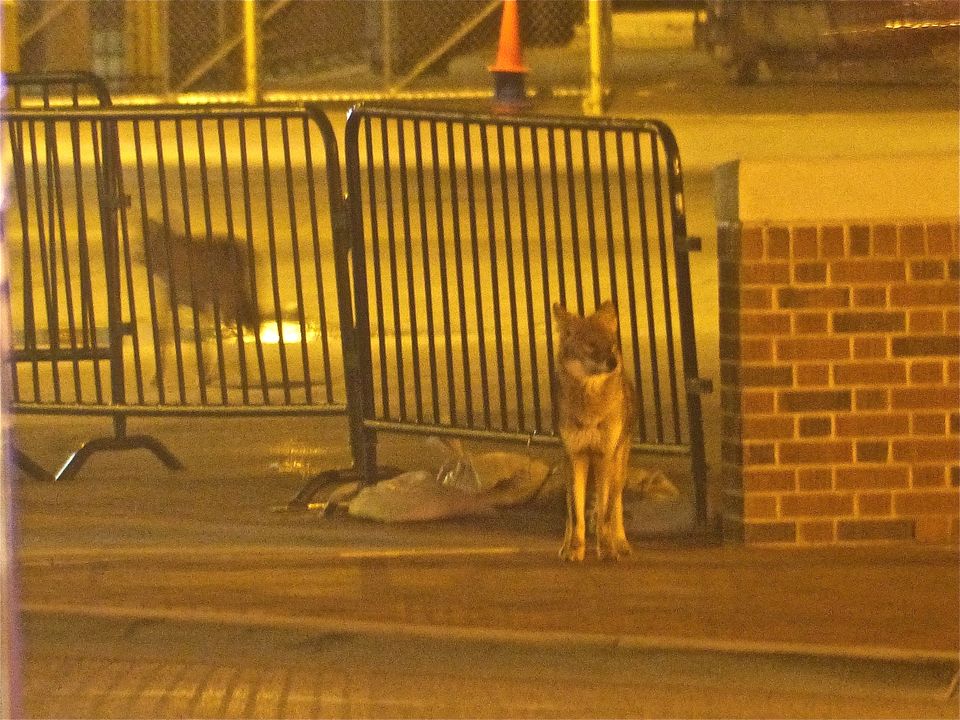