Check out this personal essay from our partner, YouBeauty.com:

At some point during your childhood, your mom or your grandmother or another fed-up adult probably said to you, “Quit making that expression or your face will freeze like that!”

Like any self-respecting kid, you probably felt compelled to test out the theory for yourself: You scrunched up your face even more, held it for a minute or two, then triumphantly reported that your face did not, in fact, freeze like that.

And back then, it didn’t. You had that gorgeously elastic little-kid skin that snaps right back into place no matter what kind of weird contortions you put it through.

Fast-forward thirty years, though, and it’s a different story altogether. 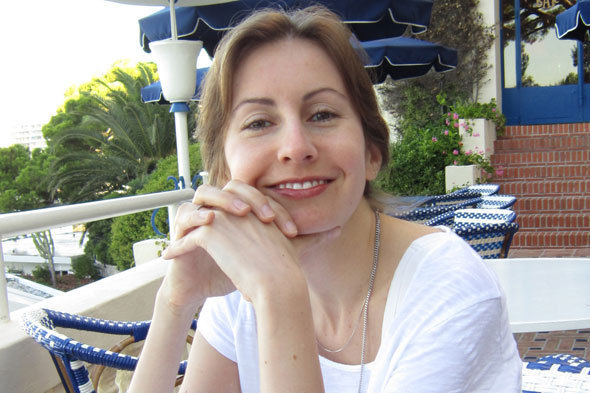 The author and her raised left eyebrow. Courtesy Photo.

For me, it started with my left eyebrow. I do this thing where -- if I’m confused or irritated -- I raise my left eyebrow. Used to be, the skin around my eyebrow went right back to where it should be. But now that I’m creeping (or maybe being dragged is a more accurate way to put it) toward my mid-30s, it doesn’t do that anymore. There’s this little ghost of a line, right where there used to be smooth skin.

QUIZ: How Young Does Your Skin Look?

The reason is pretty straightforward: “Constantly making an expression causes collagen to break down in that area,” explains Eric Schweiger, M.D., founder of Schweiger Dermatology in New York City. “Eventually, it can form a permanent line. It’s similar to folding a piece of paper -- the more times you fold it, the deeper the crease becomes.”

The question, of course, is what to do about it. And the obvious answer is Botox, which paralyzes muscles. Take away your face’s ability to make a certain expression, and no more lines in that area. You can’t fold the paper anymore, so to speak.

MORE: All About Botox

Here’s the thing, though. I’m just not in love with the idea of Botox. I have nothing at all against those who get it, it’s just that -- at this point in my life -- it’s not for me. And that got me thinking about what else I could possibly do. I’m already pretty diligent about skincare (I do Retin-A every night and sunscreen every morning), I eat healthy (lots of fruits and veggies), I work out regularly. Short of just not moving my face anymore…

And that’s when the proverbial light bulb turned on.

What if I consciously tried not to raise my left eyebrow anymore? And while I was at it, what if I tried to cut down on squinting and frowning, too? Kind of like… self-inflicted Botox. S.I.B., let’s call it. I’ve done crazier things in the name of beauty, and hell, it’s not like I was going to stop laughing or smiling. It’s just the negative, stress-filled wrinkle-causing expressions I’d try to cut out and/or minimize.

(Sidenote: Research shows that frowns can amplify negative emotions, so simply cutting down on angry expressions can boost your mood. Win, win!)

MORE: How Symmetric Are Your Favorite Celebrities?

So I gave it a shot. And you know what? It kind of works.

“Sometimes you can help prevent wrinkles by consciously not making a certain expression,” says Schweiger. “Although it can be difficult to break old habits. That’s where Botox can be helpful.”

Dr. Schweiger’s right, it can be difficult to break old habits. But I’ve found it’s not impossible. So have other women are attempting to go the S.I.B route, including one former Botox devotee.

QUIZ: How Healthy Is Your Skin?

“I used to furrow my brow all day long, from the moment I woke up until the second I fell asleep,” says Tammy Schaefer, 31. “When I was about 28 I started noticing lines forming in between my brows. I tried Botox as a way to prevent them from getting worse, but I thought it made my eyebrows lift in a weird way, and it wears off after only three months. Who has the time and money for that upkeep? Now I do whatever I can to not furrow my brow. I took up yoga to help relieve my stress, and now if I catch myself furrowing at my computer screen I stop and do deep breathing exercises to relax my face. I swear all of this is helping keep the creases from getting deeper.”

“Botox has definitely never been an option for me,” adds Kara DePaola, 29. “So I started thinking of other ways to prevent wrinkles. Now I make sure I don't waste an expression. If I'm going to laugh, scowl or squint, that expression better be worth it!”

MORE: Botox-Mimicking Skin Creams -- Why Not To Believe The Hype

Of course, some people can’t control their expressions, positive or negative, no matter how hard they try. If you’re one of them, don’t worry -- there are other super-simple S.I.B. strategies you can do to help prevent lines. 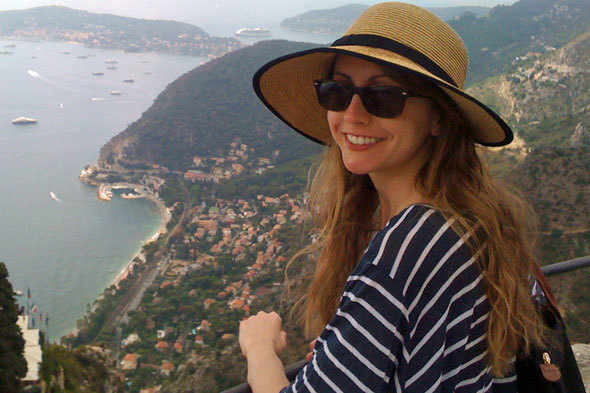 The author donning a large pair of sunglasses to protect her eyes from harmful sun rays.

Number two, treat your eyes right to prevent crow's feet. Wear sunglasses to prevent squinting in bright sunlight, and if you find yourself squinting when you’re reading a book or staring at your iPhone, get your eyes checked.

Surprisingly, this also helps prevent frown lines. “Many people start frowning when they read as they first become far-sighted and need reading glasses -- it's a natural reflex,” says Kauvar. “If you catch these lines early, they won’t become etched in.”

And number three? Give yourself reasons to smile rather than scowl.

QUIZ: How Happy Are You?

“When I was younger, my older sister told me that when I scowl or squint I'd get a crease between my eyebrows,” says Kim Cook, 35. “She said it would turn into a full-blown wrinkle later on. Thirty years later, I still think about that!”

So relax. Laugh. Have fun. After all, nobody’s ever looked less pretty because of a few smile lines, and nobody ever will.