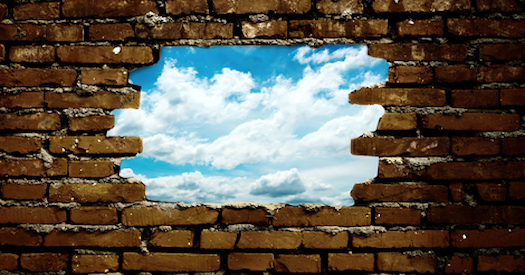 In Part 1, we began looking at ways to break through the resistance trying to stop us from completing a novel. Following are four more jackhammer tips to help crash through the writing wall...

At about the mid-point of writing this two part column, I began to struggle with completing it (I'm not kidding). I began formulating a dazzling idea for a short story. The more I thought about the idea, the more dazzling it became, and the easier it was to put off finishing this article.

I call this common phenomenon creative procrastination. Whenever we are struggling with a project, our subconscious has a tendency to soar off in creative fits looking for easier outlets. Sometimes these new ideas appear to be dazzling, but a harsher look exposes their flaws.

At the time, however, the temptation is to set aside the work in progress and throw yourself into the flush of a new inspiration. But trouble arises when you get into the middle of the new project and resistance, in the form of unforeseen problems, makes it as hard to complete as the original endeavor. Then guess what, all of a sudden another dazzling idea suggests itself and the cycle continues.

Creative procrastination is a mermaid's siren. To avoid being caught in the mythical allure, I keep a plot book next to my computer. This is a journal in which I jot character names, interesting titles, and anything else I don't want to lose - including all of those dazzling ideas brought on by creative procrastination. By getting the ideas down on paper in a quick note, I make sure the idea is not lost of forgotten (just in case it actually is dazzling), and I stop it from distracting me from dealing with the harsh realities of my current project.

KEEP AN EYE ON THE PRIZE

Once when I was experiencing a lull in my writing career, my wife - who was tired of my whining - made me sit down and decided on some short-term and long-term writing goals. We discussed how these goals could be achieved. Armed with an articulated plan, it was only six months before all but one of the goals had been reached (I missed the target of getting rich and famous).

You can't write your novel in a day or a week. But you can have write a page a day. You can write a chapter a week. If you do this consistently, you will eventually have enough words on paper to call a book.

Cartoonish Gary Larson, creator of The Far Side, claims on the morning of his second day in kindergarten, when his mother came in to wake him up, he rolled over in bed and groaned, "What, again?" To endure a career as a writer is to persist again and again. Set your goals, adjust them if you need, but write them down, keep them in front of you, and focus on achieving them. 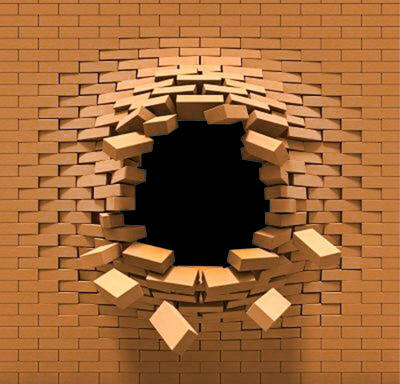 TAKE THE GOOD WITH THE BAD

There are two types of writers: those who have trouble completing their manuscripts and those who lie about it. Statistical probabilities aside, all writers experience completion anxiety. If I ever see an infomercial touting a completion anxiety avoidance pill, I'll be the first customer on the 800 line - I can hear the announcer now, "For $19.95 you'll get a thirty day supply of Doctor Ritemore's Anxoidance Formula Plus. If you order within the next ten minutes, you'll also receive Doctor Ritemore's patented Fingertip Plot Massager and the invaluable Ritemore Royalty Decoder Ring."

Until Doc Ritemore solves this problem for us, we will all continue to struggle with the dreaded completion anxiety complex. Knowledge is power. Knowledge you are not fighting this very personal battle alone is a superpower.

Remember, writers are the only adults who get to spend all day in their pajamas playing with imaginary friends. We all get to share in both the gifts and the curses of our chosen profession.

I am the poster child for procrastination. I'll get finish this column as soon as I win the next game of Freefall on my computer, check my email, scroll through Facebook and Twitter, edit the earlier part of this column, go for a run, convince myself I am not the only completion challenged writer in the world, and find the gumption to overcome resistance.

There are more than enough insecure, angst-ridden writers, so don't do as I do...do as I say. You are all writers endowed with the seeds of greatness. You can finish your manuscript. Simply click off the Internet, follow the above suggestions, and come out with your fingers writing.