I was asked the other day to explain what makes pulp storytelling different from other types of fiction. My knee-jerk reaction was to claim, it's hard to define, but I know it when I read it -- which does little to answer the question. I've since thought a lot about what constitutes the pulp style of storytelling, which engenders both excoriating scorn from critics and fanatical devotion from acolytes.

By now, most readers know the term pulp was coined in reference to the thousands of inexpensive fiction magazines whose heyday spanned the 1920s through the 1950s. Printed on cheap wood pulp paper, the pulps were typically 7 inches by 10 inches in size, 128 pages long, and sported eye grabbing, luridly colored covers, and ragged, untrimmed edges. Today, the original pulps are more often collected for their gaudy covers than for the fluctuating quality of the words in between.

At the height of their popularity there were hundreds of pulp magazine titles gracing the newsstands each week. The demand for stories was as voracious as the pay per word was cheap. To make a living, a writer selling stories to the pulps had to be a word machine, churning out prose for a quarter to a half cent per word. The result of this constant demand was a straightforward, often formulaic, style of writing designed to entertain a vast audience of everyday, hardworking, folks looking for vicarious thrills and chills to escape the humdrum of their daily lives.

The pulps were also a refiner's fire for many writers who are household names today -- Raymond Chandler, Dashiell Hammett, Louis L'Amour, John D. MacDonald and others. To these men belonged the battered typewriters and hard drinking tropes, which themselves have become a cliché within the public conscious.

There were also giants of the pulp writing field whose names are not as familiar, but whose characters have gone on to become iconic examples of pop culture -- Robert E. Howard's Conan The Barbarian, Edgar Rice Burroughs' Tarzan, Walter B. Gibson's The Shadow, Lester Dent's Doc Savage, to name just a few, all started in the pulps. We all know their famous creations, but many would look blank if asked who the creators were.

The downside of the insatiable demand for stories to fill the pages of pulp magazines was it also guaranteed much of what was published was slapdash gruel of little to no lasting impact. This explosion of dross is what gives pulp dismissing critics a place to hang their clichéd hats. However, the beating heart of the true pulps -- the best of the stories and characters born within their pages -- has shined for almost a century of popular culture. 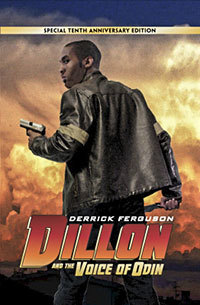 Pulp has experienced a number of waxings and wanings over the decades, all leading to the current eruption of the New Pulp movement. Pulp in this new millennium encompasses not only a resurgence in reprints of the best of the original pulp tales, but new characters and stories, created in the pulp style, by some of the best up and coming scribes, developing their writing chops in the same way as their counterparts once did in the original pulps -- check out Barry Reese's Lazarus Gray or The Rook series, Derrick Ferguson's Dillon tales, or my own Fight Card series for just a few examples. 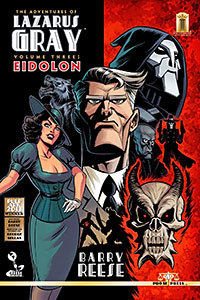 So, what is this pulp style of writing? What makes literature snobs turn up their noses at the mention of pulp?

First and foremost, pulp storytelling is for the masses. It is accessible, not particularly deep or thought provoking, and gets to the heart of a tale with simple, descriptive, action filled words. It is storytelling at its purest, capturing the imagination, taking the reader outside of themselves and dropping them into a world of fantastic slightly larger than life characters.

A lot of what passes for thriller writing today, even those on the bestseller list, are pulp inspired, yet for me they miss the point as most consist of bloated filler designed to turn books into 400 -- 700 page doorstops under the false assumption more is better. If you're like me, you don't have the time or patience to plow through 700 pages to read a story better served in 300 pages -- or far less.

The writers who wrote for the pulp magazines back in the day understood this. Their audience wanted stripped down yarns filled with action, twists and turns, all with the point of providing reader satisfaction. 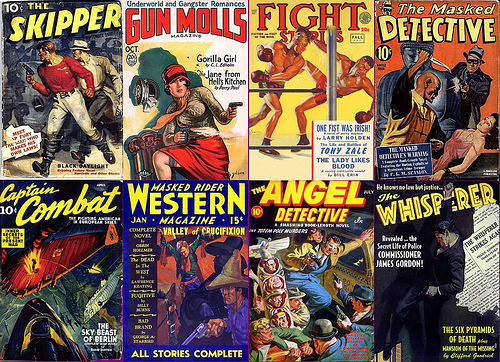 In the 1930s, Lester Dent, creator of Doc Savage and The Avenger, famously shared his Master Fiction Plot formula for a 6,000 word pulp tale, which he claimed had never failed him. If studied in depth, it provides a concise insight into what makes a successful pulp-style story. To break it down, I refer to iconic author Michael Moorcock, who summarized Dent's formula to aspiring authors stating, "Split your six-thousand-word story up into four fifteen hundred word parts. Part one, hit your hero with a heap of trouble. Part two, double it. Part three, put him in so much trouble there's no way he could ever possibly get out of it... All your main characters have to be in the first third. All your main themes and everything else has to be established in the first third, developed in the second third, and resolved in the last third."

I love the lyricism of Jane Austen and Dickens, the thought provoking works of Thoreau, Asimov, and Neville Shute, and the expansive panoramas painted by Larry McMurtry and Hammond Innes. My reading vistas are as wide as they are eclectic, but pulp always provides the spice and zest that keeps my readers synapsis firing on all cylinders. Pulp is fiction stripped to its essentials, storytelling in its most raw and powerful form. It is engaging, enigmatic, and always entertaining.

Have you been pulped lately?