The topic of death terrifies most of us. Facing our own mortality is neither a pleasant thought, nor is it one that most of us would choose to entertain on a daily basis. Even as I type the word "death," I am suddenly reminded of the absolute truth that all of us will die, including myself and all of those whom I love -- or not.

With last week's passing of Westboro's infamous Fred Phelps, I was reminded once again that death comes for us all. It matters not how we live our lives, for death is an immutable event and one of life's few universal commonalities, though the chosen trajectories of each life may dictate the timing of our day of ultimate atonement.

While some have chosen to celebrate the passing of a man whose life was dedicated to shaming others for their choices and most often doing so during times of mourning, others, such as famed internet persona George Takei, have taken a different path -- offering a poignant, yet unexpected commentary, considering Takei's own membership within Phelps' primary target group:

I take no solace or joy in this man's passing. We will not dance upon his grave, nor stand vigil at his funeral holding "God Hates Freds" signs, tempting as it may be.

He was a tormented soul, who tormented so many. Hate never wins out in the end. It instead goes always to its lonely, dusty end.

As for me, this reminder of death's certainty has provoked me to embark on a strange task: to write my own obituary. While I am no closer to death than any other healthy, 30-something male, I felt this was a good time not only to reflect upon my life to date, but more importantly, to make reasonable predictions for where my life will be later, so that I might have a document to hold me accountable to the life I want others to know me for, once I truly am gone. I do not plan on writing it like one would write a life history, but more as a list of the qualities I want to be remembered for...

Lessons from the early years

While I'm sure close friends of mine from childhood might remember me differently, what I want to be remembered for most from my younger years is that I had creativity and initiative. Coming from a larger family that was immersed in poverty for the majority of my adolescent years, I learned creativity. When one is poor, having more intentions than means with which to carry out those intentions, one becomes inventive. I often tell my children stories about how I played with rocks to pretend I was Indiana Jones with a sacred relic, used sticks as pretend guns when we played cops & robbers, and even practiced my Jordan-esque fade away jumper with a flattened soccer ball I found in the bushes. The imagination soars when enough limits are applied, forcing us to think beyond the painfully obvious.

That creativity extended to relationships as well. In a family where poverty extended beyond financial exigency into a sustained emotional vacuum, I learned early on that if I wanted immaterial wealth such as friendship, respect and even love, I had to take initiative to seek it out myself, since it wasn't going to randomly perch itself at my doorstep. Through the painful process of trial and error, I learned that, to obtain these things, I had to give them -- generously, sincerely and often.

Coming out of poverty and striking out on my own as a young man, I wanted to live a life free from the shackles of being poor, whether literally or in spirit, and as a result, I developed a rabid sense of ambition. As a 19-year-old new father, I determined that my life was going to eclipse my own father's life in terms of what I thought was success. While avoiding the mistakes he admitted to having made, I became ignorant to the ones I was really making, even though they were painfully clear to those around me.

My job became my life, and I gave all to this sense of ambition at the expense of time spent with my first two children. Eventually, my first marriage also suffered, and the ever-approaching light at the end of my ambition's tunnel turned out to be the freight train of divorce. This sent me into a self-reckoning tailspin, in which I tried making up for lost time with respect to my early 20s (a.k.a., partying like a college student).

Fortunately, I met the love of my life during this time, who succeeded in pulling this downward spiral to a screeching halt, against my will. It would not be until later when I realized the significance of her act of selfless and unconditional love. Only after several years of putting up with my childish antics, daily shouting matches and threats to end another marriage would I come to the conclusion that the reason my partner stayed with me was because of her selflessness, hope and undying love.

Once I realized this, ambition took on a new meaning for me. Nearing the end of my 20s, I set out to redefine how I saw myself. Say what you will about Sigmund Freud, but one of his quotes defined the decade that would follow:

How bold one gets when one is sure of being loved!

How bold, indeed. Before I knew it, I was enrolled in college as a grown adult, married, with three children (four by the time I finished). I worked tirelessly to set a strong example for everyone around me: wife, extended family, children, friends, etc. Often, I had to work up to four part-time jobs to make ends meet, and still, we were again immersed in abject poverty, but this time, with a stark difference.

The times when life's challenges were at their most extreme are the ones I remember most fondly. While we didn't have cable or satellite television, we read more books, spent time outside, played cards and board games with each other, or raced laundry baskets up and down the hallway of our single-wide trailer! Around this time, I recall reading Ray Bradbury's Fahrenheit 451, and a quote from early within its pages struck me:

One time, as a child, in a power failure, his mother had found and lit a last candle and there had been a brief hour of rediscovery, of such illumination that space lost its vast dimensions and drew comfortably around them, and they, mother and son, alone, transformed, hoping that the power might not come on again too soon...

My newly redefined ambition not only sparked, but engulfed me in a blaze of desire to become the best father and husband I could be.

I'm not exactly middle-aged yet, or at least, the Peter Pan archetype prevalent in my personality tells me I'm not. In fact, my kids still jokingly buy me anniversary cards every year to celebrate yet another anniversary of my 29th birthday.

However, that doesn't mean I can't predict what my obituary should say about this time in my life. My personal goal is now to mentally write an "obituary" for myself from others' perspectives. The question I ask myself now is, "What will people most remember me for, during this time in my life?"

Fred Phelps may be gone, but the effects from his life will last a long time, despite our best efforts to forget. Whatever we plant today through our actions will have a ripple effect for generations to come.

How about you? What might people say about you if you were to die tomorrow?

Better yet, what do you want them to say?

Now that you have that thought planted firmly in your mind, take charge of your own story.

Live your life's story by writing it through the actions by which you want to be remembered. 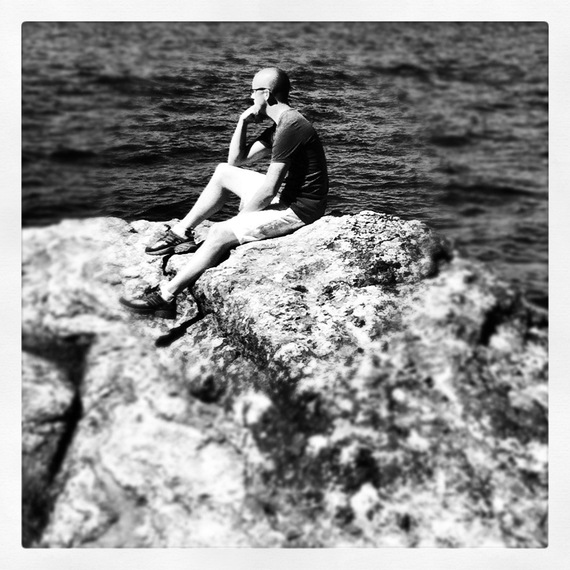