Literary types take note: if you're thinking of acquiring a dog, consider the dachshund. No dog has been more widely loved by writers worldwide. According to the authors who've adored them, dachshunds make perfect writing companions: they're sensitive, intelligent, undemanding, and, above all, quiet. They're happy to snooze the day away in a comfortable basket at the foot of a typing master or scribbling mistress. They don't need a great deal of socializing, they're not endlessly energetic, and unlike other dog breeds, they have little desire to race, herd, or fight. On the contrary, they're more cerebral than physical, though their elongated bodies can also provide the hard-working writer with some much-needed comic relief.

According to the American Kennel Club, the dachshund continues to remain one of the top 10 dog breeds in the United States of America. This curiously shaped creature is also known as the doxie, weiner dog, sausage dog, and, in Germany, the dackel (although "dachshund" is a German word, it is rarely used in modern Germany). In her essay "Dogs and Their Affections", the English novelist Ouida describes the breed as "squat, clumsy, deformed ... as ugly as he is out of place on the cushion of a carriage or a boudoir". Dachshund-lovers would disagree, though they may concede that these charming dogs can be fussy, irritable, easily annoyed (they're often described as having an "artistic temperament") and often suffer from back problems. Like dog, like master? Below is a sampling of authors who owned Dachshunds:

Matthew Arnold
In the mid-1880s, the British poet Matthew Arnold returned home from work every lunchtime to take his dachshund Kaiser for a constitutional in Hyde Park, since "he quite expects it, and is the best of boys". Kaiser died in 1887, and was commemorated in a poem, as was his predecessor Geist, who lived only four years. Predictably, scholars usually dismiss these late elegies as a mawkish and regrettable descent into sentimental "animal verse", best overlooked, perhaps better forgotten.

Henry James
While walking Kaiser in Hyde Park, Matthew Arnold may very well have run into the American author Henry James walking his dog, Tosca, a small terrier, who, when she died in 1899, was succeeded by a dachshund named Max (always popular, the name has become increasingly common since the nineteenth century, and for the last thirty years has been the number one name for male dogs). Henry James acquired his Max in spring 1903, when he was living in London; in a letter to a friend he describes his new dog as "hideously expensive... and undomesticated," adding that Max boasted "a pedigree as long as a Remington ribbon." In August, he refers to the "poignant drama" of Max's going to bed. By November his new chum is "snoring audibly in the armchair," and by August of the following year, Max, no longer the subject of jokes, is "the best & gentlest & most reasonable & well-mannered as well as most beautiful small animal of his kind." 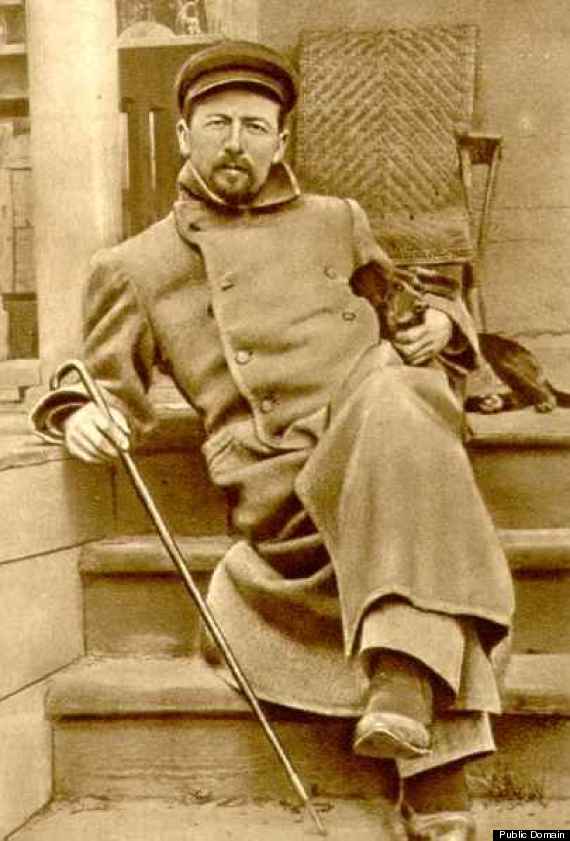 Anton Chekhov
In 1892, the Russian author and physician Anton Chekhov was promised two puppies from his publisher Nicolai Leykin, one of the first dachshund breeders in the country. The author was delighted. But Leykin and the pups were in St. Petersburg, and Chekhov lived at Melikhovo, about fifty miles south of the capital; it was almost a year before they could be delivered. The following April, a servant of Leykin's had a delivery to make in the general vicinity of Melikhovo, and the dachshund pups accompanied him as far as Voskresensk, home of Chekhov's brother Ivan. Here, the dogs were banished to the privy for a week before continuing their journey by cart in the care of Chekhov's sister Masha, who transported them to Melikhovo, where they arrived half-frozen, and shivering pathetically.

Dorothy Parker
The witty American author had many dogs ever since childhood, but the best-known and beloved dachshund Robinson, a charming dachshund, who slept under the table at Dorothy's feet when she made the rounds of speakeasies with her friends. Dorothy never managed to completely housetrain her dogs, and Robinson apparently peed on carpets whenever he liked, much to the annoyance of the management of the Algonquin Hotel.

P.G. Wodehouse
The British author loved animals, and kept cats, birds and two dogs, a dachshund named Jed and a large mongrel named Bill. Jed liked to sleep in his bed, and in the heroines in Wodehouse's novels are often accompanied on by a small dachshund. "It is fatal to let any dog know that he is funny," wrote Wodehouse once, "for he immediately loses his head and starts hamming it up." 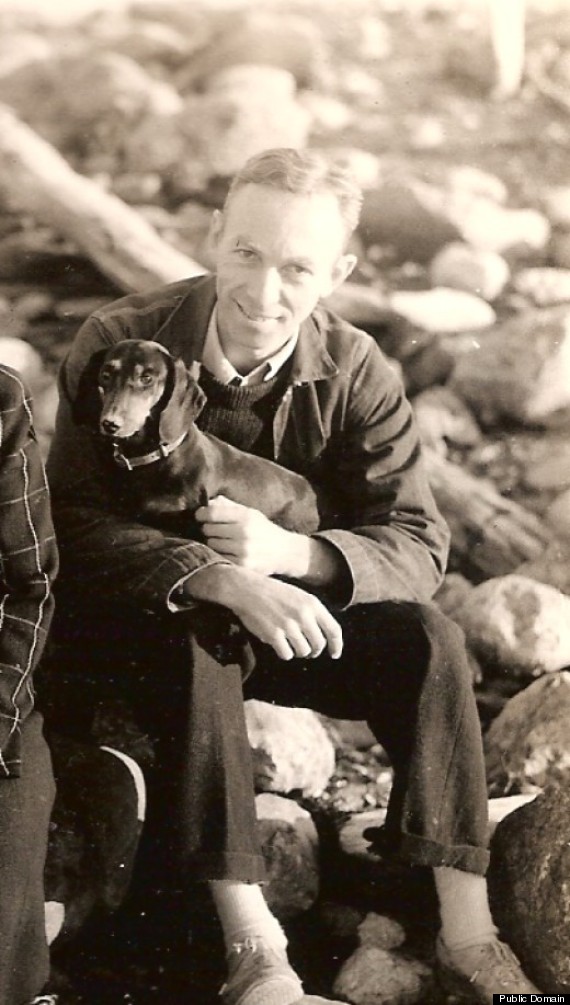 E.B. White
The author of Charlotte's Web owned a dachshund named Fred, who appeared in many of his famous essays. Later, he owned a female dachshund named Minnie, and another male name Augie. White was a dog enthusiast and keen observer, and liked to speculate, often humorously, about what made his many dogs do what they did. Although White was especially partial to dachshunds, he acquired a variety of breeds through the years, all of which found their way into his writings. His essay "Bedfellows" discusses the death of Fred, as well as ideas about faith and unbelief, and mortality.

Gary Schteyngart
"I've never met a dachshund I haven't hugged," says the satirical Russian-American author Gary Schteyngart, whose longhaired dachshund Felix is his pride and joy -- and a Twitter and Facebook star in his own right.

Mikita Brottman is the author of The Great Grisby: Two Thousand Years of Literary, Royal, Philosophical, and Artistic Dog Lovers and Their Exceptional Animals.
___________________
Also on The Huffington Post:

Author of 'The Great Grisby: Two Thousand Years of Literary, Royal, Philosophical, and Artistic Dog Lovers and Their Exceptional Animals'