"Had Prozac been available last century, Baudelaire's 'spleen,' Edgar Allan Poe's moods, the poetry of Sylvia Plath, the lamentations of so many other poets, everything with a soul would have been silenced," New York Times bestseller Nicholas Nassim Taleb writes in his latest book, Antifragile: Things That Gain From Disorder. 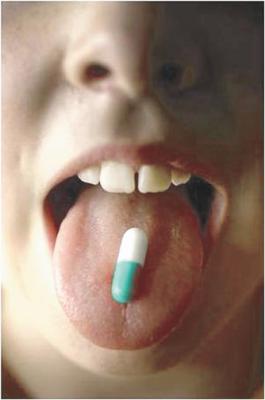 Forget, for the moment, that Prozac was available last century. Forget also that, toward the end of her life, Plath was prescribed phenelzine, the best-selling antidepressant of the 1960s. What I found truly ironic about Taleb's hypothesis is that all of the writers he uses as examples were silenced -- not by antidepressants, but by their depression and substance abuse.

Baudelaire, addled by addiction to drugs and alcohol, published only a short novella and one book of poetry before dying at the age of 46. Poe's output was more voluminous, but the quality of his work was uneven; he died at the age of 40, likely due to complications of his own alcoholism. And Plath managed to publish only one novel and one poetry collection before she committed suicide at the age of 30.

Their stories are far from unique. I researched the lives of Baudelaire, Poe, and 35 other literary bad boys and girls for my new Harper Perennial book, Literary Rogues: A Scandalous History of Wayward Authors. Writers were the original rock stars, living fast and, far too frequently, dying young.

The hard-drinking contrarian was a caricature I had long admired -- and even aspired to, as a writer. There's something hopelessly romantic about the idea of the troubled genius, fighting their demons with nothing but a quill pen or a typewriter, a blank page and a bottle of whiskey or an opium pipe.

The longer I spent in the company of legends like Hemingway, Poe and the Fitzgeralds, however, the more I saw how mental illness and substance abuse hampered their careers. I'm not suggesting that antidepressants are the answer for troubled authors, but it's difficult to believe antidepressants could have somehow "silenced" some of these wayward authors any more than alcohol and other drugs silenced their voices.

Elsewhere in Antifragile, Taleb says that he fears antidepressants would turn him into a "vegetable" or a "happy imbecile." This is a common misconception about antidepressants: many people believe they're simply "happy pills" that will wipe a person's emotional slate clean. Used correctly, antidepressants can lift the fog of mental illness. Instead of silencing artists, is it possible that antidepressants can actually help them vocalize their creative ambitions?

As a writer who has struggled with depression, the question is one that has long troubled me. Should I resist treatment, on the off-chance my creative output will somehow be affected? I saw other writers I respected, such as David Foster Wallace and Chuck Palahniuk, talk publicly about their own use of antidepressants, and I didn't see any fingerprints left by antidepressants in their work.

Still, it's an exercise in futility to try to hypothesize what effect, if any, antidepressants would have had on long-gone writers like Poe and Baudelaire. "There's only a control group of one for any of us," Elizabeth Wurtzel told me. "The question of whether the 'real you' is the person on lithium or the person on illegal drugs doesn't matter. What matters is whether you function or not."

For me, that's a more pertinent question than whether or not antidepressants or substance abuse "silences the soul."