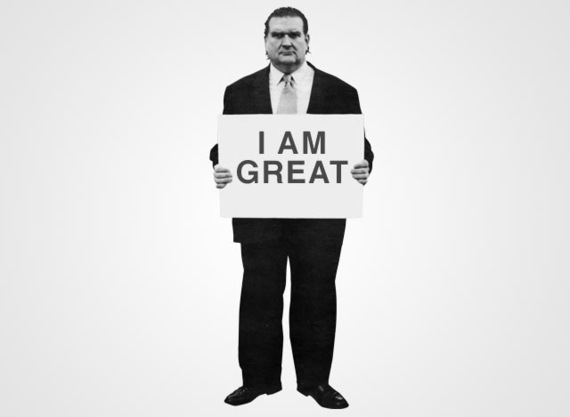 Most of us have had to unfriend or block individuals on our social networking sites whose excessive self-promotion constantly clutters up newsfeeds and group pages. These cretins have no idea how obnoxious they are and never contribute anything but self-promotion to the groups they are, in essence, spamming. They are not selling sunglasses nobody wants or shady diet programs, but they are inflexibly on the same spiked slide to hell. Incessant promo saturation of social networks can turn a writer into their own worst enemy.

This type of behavior is the drastic end of the promotion Bell Curve. Most independent writers use social media as a platform to engage potential readers, but generally manage to avoid repellant oversaturation. Still, the tipping point of too much self-promotion via social networking remains a speedbump any of us can stumbled over.

There are three rules for writing a novel. Unfortunately, no one knows what they are ~ W. Somerset Maugham. This oft quoted axiom can be slightly twisted and applied to promotion - There are three rules to successful book promotion. Unfortunately, no one knows what they are. While this may be true, there is still a more spot on Murphy's Law style connection applicable to promotion - The more relentless the promotion, the less the worth of the promoted product.

We've all been battered by an overly pushy author's promotion. Finally, against our better judgement, we relent and download a sample from Amazon. But we are hardly surprised when we find the relentlessly promoted novel is dreck of the first order. Most often it hardly qualifies as writing, let alone storytelling. A chimp using a crayon on butcher paper could turn out a more entertaining yarn.

Usually, our first clue to this pending disaster pops up if we take the time to read the product description of the novel on the Amazon page. If it's full of typos, sentences fragments, and claims of The Greatest Novel Ever Written, trouble is definitely on the horizon. And if there are a whole gaggle of scattered exclamation points and no commas, the sirens are sounding and the ship is going down fast!!! Admit it, we've all experience this phenomenon. All you can do is shake your head and perhaps learn a little something about what not to do.

Self-promoters are constantly being reminded that the key to social networking is participation, contribution, and engagement. If everything you post and tweet is promotion, your message is going to be ignored at best, and blocked or reported at worst. Despite this constant warning, there are those who feel they don't have the time, or are too important, to contribute or engage. They can even believe this type of social network interaction is beneath them - after all they are an important author.

All of us know an individual who falls into this category. If you don't, then you're probably the one guilty of committing the violations. Do you believe the world is just waiting for your magnum opus to be released? Do you believe the movie rights to your short story can't fail to be snapped up? Is bestseller status just a click or two away? If so, you're going to be upset and bad tempered when your glorious dreams of being a feted author lie in rubble around your ten-year-old computer screen in your mother's basement.

Like many of my peers, I rely on social networks to spread the word about my current publications. Not wanting to estrange friends or fans, I try to keep to a ratio of at least 10 engagement/contribution posts to 1 strictly promotional announcement - and then only when I have something new to promote. I may do a little higher ratio of promo on my author page where it is expected, but I still make a point of promoting the works of others more than mine.

I rarely post more than one personal promo a day unless I'm building up to a new release (like now), and I try to change up the graphics and text of my posts as much as possible. It's still repetitive, but hopefully not too obnoxious.

Unless a social network group is promo specific, I try to judge the make-up of a group and decided not only how much promo I should do, but if I should do any at all. Some of the groups I participate in on Facebook, which focus on specific interests or topics such as vintage, noir, or movies, are not a good target market for my latest cop novel. There may be a couple of members I might contact privately, but they are usually already on the feed from my author page.

However, if I'm a regular participant and contributor to a group not related to new books - for instance the Men's Adventure Magazines group on Facebook - I'll ask the moderator's permission to drop the occasional off topic promo. Simply plastering your unrelated promo to an unrelated group is the fastest way to get blocked and tossed. However, if the group moderator buys in to your promo, they will often comment on it and support it - which works a lot better.

I belong to a number of law enforcement related groups. Some of these are hardcore police training, SWAT, or strictly investigative related - you know, serious stuff. These are groups where promo of my new novel - even though it's a cop novel - would most likely fall with a clang. But there are other, socially oriented police groups, where I feel comfortable sharing my news. Even then, I limit my promo to once a week and always mention my connection to law enforcement.

The other thing to consider is how many of your FB friends or Twitter followers belong to the same groups or feeds as you do. If they are seeing your promos over and over in every group you have in common, you aren't reaching new eyes and are just hitting your regulars over the head. To help spread the word, I rely on related groups not frequented by those I usually a hangout with in the virtual world.

The amount of promotion you can get away with can sometimes depend on how prolific you are. Are you regularly promoting new works - in new ways - or are you rehashing the same book, the same way, over and over ad nauseaum?

Here's the rub - incessant, repetitive, promo does more harm than good, but if you don't do enough promotion, everyone forgets your work exists and it stops selling. This is a high wire act. If you fall, you are risking a nasty backlash instead of a profitable uptick.

The best rule of thumb regarding promotion I've ever been offered is simple...Don't be a dick. If your promotion becomes one of those erections you've been warned about lasting three hours or more, you need to back off your prescription to the little blue pill.

ABOUT THE INTERVIEWER: Novelist, screenwriter, and television personality, Paul Bishop spent 35 years with the Los Angeles Police Department, where he was twice honored as Detective of the Year. He continues to work privately as an expert in deception and interrogation. His fifteen novels include five in his LAPD Homicide Detective Fey Croaker series. His latest novel, LIE CATCHERS, begins a new series featuring LAPD interrogators Ray Pagan and Calamity Jane Randall.
WEBSITE TWITTER FACEBOOK AMAZON