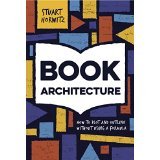 My colleague, Stuart Horwitz, says some controversial things about book writing in his second book on how to write a book, Book Architecture. For one, Stuart advises against using the traditional formula for book writing. Instead, he advises writers to employ three tools as more of a methodical approach than a formulaic one. Here, I interview him about these tools and the Book Architecture Method.

Lisa: Stuart, in Book Architecture you say a formula for crafting a narrative doesn't always work. Can you say a bit first about the traditional formula?

Stuart: Well, we've likely all seen the formula at one time or other... You know, at 5 percent you have to have the Opening Incident -- "a disturbance which hooks." At 25 percent of the story you have to have the Point of No Return where, "the choice has been made." And so forth. I put an image of the formula, gleaned from about the top eight books on writing on the market right now in Book Architecture. 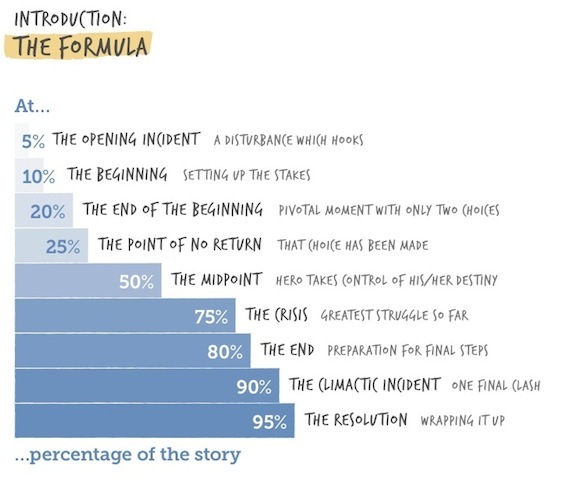 Lisa: So you're saying the traditional formula has its uses then?

Stuart: I think the way we receive narrative may follow a deep psychological form, like Joseph Campbell's work with The Hero with a Thousand Faces -- but I don't think we get to the heart of the stories we're writing by filling out the boxes of what happens at 75 percent or 95 percent of the way through the narrative. I've tried that approach and it's death to creativity.

I think it's far better to "pants" -- write by the seat of your pants -- and then use tools like the three tools of Book Architecture: the grid, the arc, and the target to ascertain what you're working with and how to make your material come together on its own terms.

Lisa: Let's discuss these tools in order then, starting with the grid. Can you give us some idea of how the grid enables writers to create fulfilling narratives?

Stuart: The grid is like an outline except it's spatial in nature, and helps visualize the interaction between elements better than the linear list we learned in high school (you know, the one that starts 1., 2., 3. and then under 1. we get 1.a... 1.a.i...).

The first columns list your chapter number and any time stamps that help readers keep track of where they are. The remaining columns are your objects, locations, phrases, and flat and round characters: anything that repeats and varies throughout your story.

The grid reveals how much you have going on within any given scene which helps you create pace by varying density. It can also show you when a column has been neglected for too long, and either needs more material or can be cut out entirely. 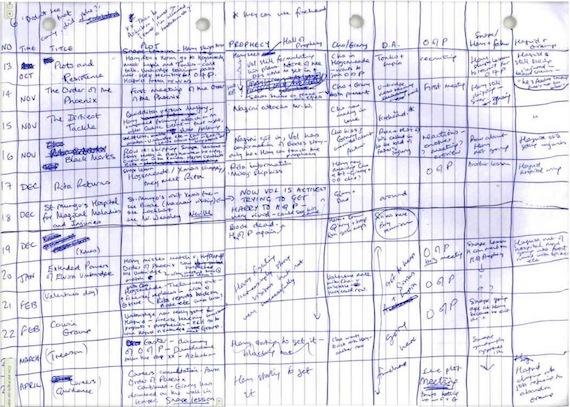 Chapter Five of Book Architecture is dedicated to J.K. Rowling's use of the grid in her work for the fifth volume of the Harry Potter series, Harry Potter and the Order of the Phoenix. I think sometimes people think famous writers don't use the same tools as us...because they're just geniuses and stuff. But Rowling's grid -- and the grid Joseph Heller put together for Catch-22 featured in Chapter Six -- show that they do!

Lisa: What about the tool of the arc? I think most writers are relatively familiar with the concept of the narrative arc - how are you using the concept differently?

Stuart: I think the most important thing to realize is that there isn't just one narrative arc. There are multiple narrative arcs, and how you time their individual ups and downs but also their collisions is what creates dramatic interest; a beginning, middle, and an end; and the reader's emotional involvement. 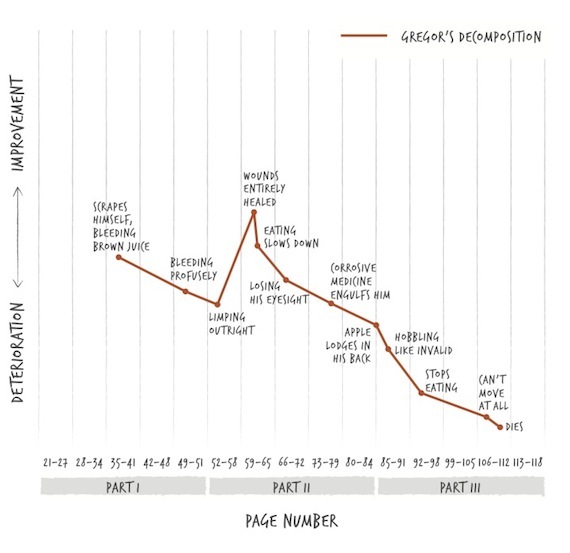 Take Franz Kafka's novella, The Metamorphosis which I discuss in Chapter Seven of Book Architecture. If you only choose one narrative arc - what we might otherwise call the "plot" - then you simply follow a downward spiral where the main character awakes one day finding he's been transformed into a giant insect, he's attacked by his father, starts bleeding profusely, loses his eyesight, stops eating and dies. It's a pretty Kafkaesque-looking arc. 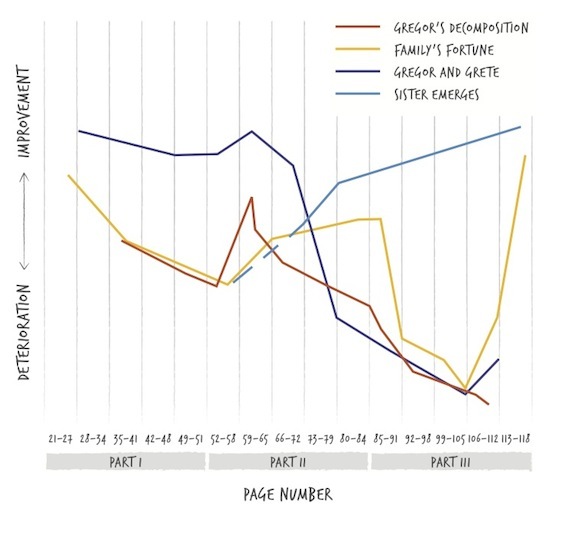 But that's not all the story is about, of course. It's also about how the family's fortunes actually go up after he dies. It's about the dynamic between brother and sister, and how that relationship ends on a bittersweet note. And it's also about how the protagonist's sister emerges into a full version of herself once he's out of the picture. When we lay these four arcs on top of each other we get a fuller picture of the emotional nuances we experience while reading this story. And doing this graphing of our work helps us immeasurably to fulfill our intentions.

Lisa: The third tool is the target. This was in your first book, Blueprint Your Bestseller, as well. What's different about it here?

We call that one thing your Theme and place it in the center of an archery target, arranging our characters, settings, relationships, and symbols closer to, or father from, the Theme based on its perceived relevance.

What's new in Book Architecture is the analysis in Chapter Four of the Academy Award-winning screenplay of The Social Network by Aaron Sorkin. In a film like this, you know it's tight, but you may not be able to put your finger on why. But when we put the Theme (as spoken by Mark Zuckerberg's friend Eduardo Saverin) in the center of a target, then we can see how all of the major conflicts and characters, and even the supporting characters and seemingly unrelated incidents all support the one Theme of the film. 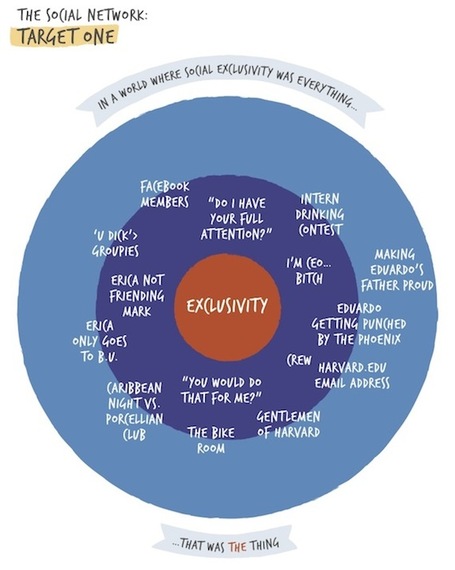 Every minute we're watching contributes to our experience of unity.

Lisa: Wow, this is a lot to absorb. Readers may feel like they're drinking from a fire hose here! Any ending advice for writers?

Stuart: I didn't mean to turn up the water pressure that high! My goal with the Book Architecture Method has been to introduce just that, a method, rather than a formula. Books written according to a formula often end up sounding formulaic. Even if they're bought and read, they're forgotten just as quickly.

As writers, we want to create something original, so we need to "pants" first and then find some tools to assess what we've done that will help us evolve our thinking over the next horizon...and then the next. This way we're in a constant dance with our own unfolding imaginations. And that's the best thing about writing that there is.