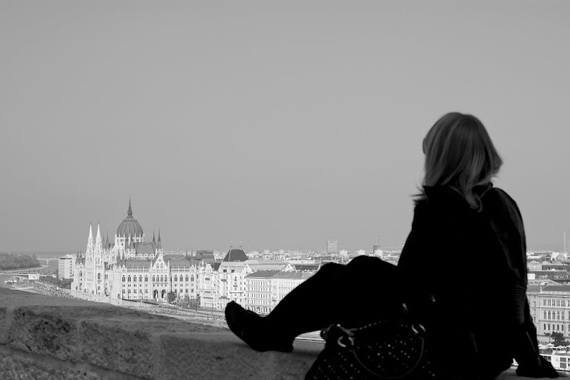 Kelley Mullarkey starts our Skype conversation by declaring, "I leave for Morocco in 24 hours." Mullarkey is publisher and editor-in-chief of majestic disorder, a magazine for nomadic creatives. She is an on-the-go cartographer of the intersection between writing, style and that ever-buzzing, ever-definition-resistant idea of culture. She currently lives in London with Sean Stillmaker, majestic disorder's co-publisher and EIC (with intermittent stints in Tanzania in 2011, Portugal last spring and now the Sahara Desert, to name a few), but I still remember getting coffee with her in Chicago's Bucktown neighborhood as she gushed about the city's fashion and Russian Literature (Anna Karenina's "gold in the sand," to be exact). She's what happens when a Chicago mind wanders.

Three years ago, I got lost in an industrial parking lot in West Chicago on my way to meet Mullarkey. After spinning around, I stumbled upon a couple sharing a chocolate-frosted doughnut atop their convertible, and asked, "Where am I?" They responded with another question: "Where are you trying to go?"

Three years later, I'm taking this question and running with it. Mullarkey obsesses over what she calls the "global nomad." majestic disorder has a growing international print circulation of 5,000 sold in over 25 countries and an online readership of 75,000, yet Mullarkey writes to reach a niche. I asked her:

Where are you trying to go?

That's actually something I'm trying to answer through research. I'm looking at it after having been here [in London] two years from a retrospective perspective. Why did I choose to leave? What am I looking to find here, and what am I looking to find when I travel? When I'm traveling, I'm walking around the streets for 12 hours a day. [As a publication,] We're not looking online and then going off of someone else's itinerary. We're really going there to find the root of the culture.

What drew me to London was the aspect of bringing together these cultures from all over the globe. They diverge and go into these little pockets of the neighborhoods and impact how these neighborhoods change. Traveling, for me, and what we do with majestic, digs under the surface. We're not going to these places to create a "Top Five Places You Should Go When You're Here." We draw up narratives and we scratch under the surface to see what's really there and why these people are doing what they do.

Fashion and art are reactions to what's happening in a place. People don't really understand that the most intellectually stimulating people actually work in fashion. You have to be so intelligent to work in this industry, to understand and see everything that comes down the runway. When I travel, I'm interested in finding the people that are creating the culture that they wear.

How do you define "global nomad?"

Our usage of the term "global nomad" pertains to an expressive expatriate who works within a creative field. The trend of independently working remote has increased substantially over the years, which can be attributed to digitalization, the work-place evolution into more freelance and the attitude and aspirations amongst 21-39 year-olds who are more entrepreneurial in spirit with wanderlust sensibilities.

Global nomads have certainly influenced our work, especially considering that we are global nomads. Both [Sean and I] are originally from Chicago and currently live in London, but we also travel all around the world. For us, traveling is not just for work purposes or influenced by our sense of adventure; it is our determination to understand the world we live in and to examine how societies are similar and different. We strive to connect them to the general public to demonstrate that we are a human community together.

majestic disorder is an arts + culture publication that examines global cultural issues. In previous issues, we examined Nigeria's blossoming film and fashion industries and investigated the growing dairy industry in Ireland and America's renaissance in olive oil. In our current issue, we traveled to Valletta in the obscure country of Malta, which will be crowned Europe's Capital of Culture in 2018. 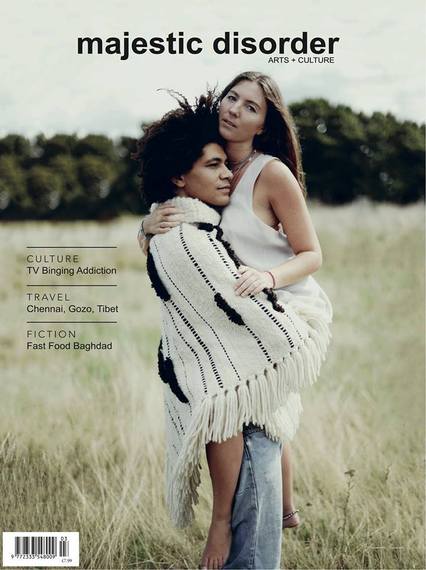 Even more important in this current issue, we took a look at the trend of global nomads who work independently and remote and how it is a Western privilege. Although there is a huge demand for this lifestyle, it's not accessible to everyone. There are those with tremendous passport restrictions prohibiting them from adopting the lifestyle of a global nomad. We investigated the hardships those from India have while traveling outside of Southeast Asia and how those restrictions create great barriers. All of these stories and the people we feature from around the world transpire from our exuberance to understand global cultures and communities.

How do you tell a story about places, spaces and people commonly called "exotic" in popular culture? There are so many fashion practices that appropriate. How do you pay honor to the specificity of subjects that are likely to feel "foreign" to some readers?

God, it was in our second issue - we interviewed this really great woman named Trae Harris. She's an actress on last season's Orange is the New Black. Her personal style is rooted in all of the places that she's traveled. She's been to Haiti and done work there, and Ghana, Thailand, and through all of those travels, she's brought home so many pieces. One of the things that she's always said is, "If it's something that I know has religious significance or cultural significance, I will not alter that." That's a huge part of fashion. We're not going into these places and looking at it from an "exotic" perspective and other-ing these people. What we try to do is go in and not exoticize, but tell, to be honest, what a unique culture really is. We focus on the people of that region instead of taking those pieces and putting them on a Westernized model and perceiving that as fashion. That's absolutely not what we believe in.

Where is the fashion publication industry headed? Where does majestic disorder stand out?

Jefferson Hack founded Dazed & Confused when he was like 19 years old. I watched this interview with him on SHOWStudio recently, and he said, "The golden age of publishing is over." Having these mass titles that run the market? That is nonexistent now. But print is not dying. If anything, print is completely on the rise. What we're seeing is a decrease in mass titles and an increase in honest and individually told publications.

People are ready to go through a digital detox. It's insane. We're seeing is this decrease in mass-market publications because people are seeing through it. It makes them feel bad about themselves. It's objectifying. It's negative, and it's completely turned upside down. Every time you open up those publications, they're not inspiring. You know what it's controlled by. Advertising.

People are fed up with being fed one idea of beauty, one idea of wealth, one idea of travel. People don't want to be handed something; they want to be more active. That's affecting media, and insofar as majestic goes, one of the biggest gaps that I think we fill is, one, we don't digitally alter any photos. We completely have what I would say is one of the most ethnically diverse magazines. I think we focus more on the non-Western aspect while other titles, even though they're still independent, are following and falling back on that Westernized perspective. That's where we tend to differ. My personal interest is this new rise of global nomads who are saying "no" to the Westernized world and completely leaving their countries, and why they're leaving their countries.

How do you navigate contradictory currents of feminism and sexism as a writer?

In any industry, you're not labeled as a writer, you're labeled as a female writer. It's always that female put in front of it. Is it supposed to be like, "Wow, this is really important because she's a woman?" You would never say, "He's a male editor-in-chief." That's never something you're going to see, just like you don't see, "She's the white editor-in-chief of Vogue." But you will see, "She's the black editor." I think it's the same thing that's happening in most industries, and it's unfair.

Woman, first of all, what does that mean? That's not even a gender. That's a label. People specifically tag that on in a description only in order to make you feel less than, or to make you feel like, "Wow, this could have been filled by a man, but it's not." A lot of niche publications over here are run by males. It is a male-dominated industry, and so it's kind of shocking, like, "Oh, you're the female that's running and publishing this?" It throws people off because they expect a male to be the one doing it. We still see that, and I think it's something that we're going to be fighting for a very long, long time, unfortunately.

Female-writer, Chicago-native, London-based...hyphenations aside, what is a question that all writers should ask themselves?