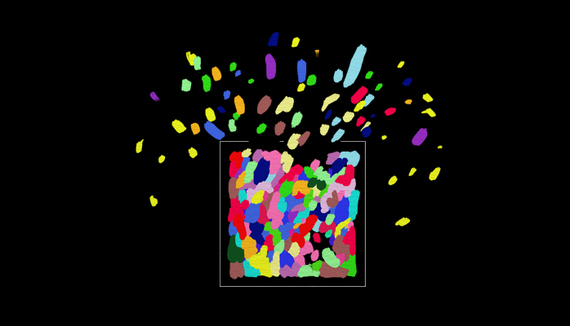 You don't choose to be transgender, but you do choose to do something about it.

As someone who has gone through a public transition, I say this a lot.

The decision to transition at work isn't an easy one.

I was certainly aware of the risks when I came out to my new bosses at POSSIBLE in Cincinnati, Ohio. Though the company holds inclusive policies toward LGBT people and other minorities, Ohio is an "at-will" employment state, which means that you can be fired for almost any reason. Ohio has no statewide employment protections for sexual orientation or gender identity outside of state employment. I'm a person whose job requires that I not only interact with our clients, but be seen as a representative of the business. Thankfully, they gave me their full support.

At the time, I was presenting as Jen--my female self--only outside the workplace. But with a medically supervised transition underway, my appearance was becoming more feminine and I would soon need to reveal myself at the office. We didn't have a policy to guide us through the human resource issues we might face. So my next step became clear: we need to write one, and in doing so it meant I could do more than transition without fear, I could help people who came after me. With support from HR, I literally wrote the book on transitioning in the workplace.

Firstly, the document clarifies rights: as a transitioning individual at POSSIBLE, you have the right to openly be who you are. While maintaining professional expectations, you may express your gender identity, characteristics, or expression without fear of consequences.

I came out to staff during an office-wide presentation, making myself available to answer questions. I'm someone who often presents, so this felt natural. But every transition is different. Some people may want to tell colleagues with an email, others with a celebration. We rely on the transitioning employee to guide us and we back it up with explicit communications of support from leadership.

Transition is a process that not only affects the individual but all those around them. Most estimates put the transgender population at around 0.3%. Few people, in relative terms, are close to a person in transition, let alone a person in transition at work. This means that even the broadest education does little to dissolve fears. In addition to introducing many trans-related terms like "cisgender" in a glossary format in the policy, we asked a local LGBT awareness group to lead a Q&A session. I excused myself from that session so that the staff would feel comfortable raising concerns or asking what may be considered sensitive questions without fear.

I knew the policy fulfilled its role when we didn't need it anymore, at least not for myself. After the initial adjustment period, the unknowns became part of the everyday. Today, my gender is not an issue. The bathroom is not an issue. Pronouns are not an issue.

People tell me that, irrespective of the transition, the office atmosphere feels more open. When a rare event like transition happens in an office with a climate of mutual respect, it has a ripple effect through an organization.

But the world at large? That's another story. The world is a giant issue factory.

In the study cited above, 78% of people who transitioned from one gender to another reported that they felt more comfortable on the job. Moreover, their job performance improved. This is in spite of high levels of mistreatment they experienced.

Imagine the heights people will reach when discrimination is also, so to speak, not an issue. When it is not the expectation. Recent vocal support from U.S. Attorney General Loretta Lynch and corporations, like Target, give me hope.

Until that time, we will need more policies.

And employers will need to be reminded, at every turn: when people can bring their whole selves to work, everyone thrives.