Kimberly Rossler's three-week-old infant son, James Elliott Rossler, born May 28, 2015 in Mobile County, Alabama, was taken from her by Sheriffs, while breastfeeding. 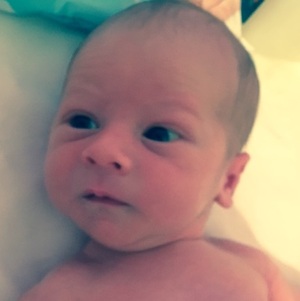 Kim had considered adoption with Adoption Rocks and was matched with Kate. After counseling, Kim felt confident in her ability to parent her son and says she informed Donna Ames, the attorney for Adoption Rocks, and Kate (the intended adopter) of her decision not to continue with the adoption plan.

According to Kim, Donna brushed it off as "normal doubts," but when Kim posted on her Facebook page about baby clothes and names, she received a rather scathing message from Donna telling her she was making a terrible decision and could not do this to Kate.


"Donna texted my therapist telling her that I was mentally unstable and manipulative and had stolen Kate's money, etc. It was truly terrible."

Kate was initially kind after learning Kim was deciding not to continue with the adoption plans.

"She apologized for Donna, expressed her irritation with her, and offered to get a new attorney so 'we can start fresh.' I did not know what to say. I just felt guilty and wanted to be left alone. I did not want a fresh start. I wanted to parent my baby. And I wanted people to understand. At the same time, I really understood her desperation to have a fresh start (whatever that meant) and I felt so sorry for Kate....

"I spoke a good bit with my therapist about how to talk to Kate so she really understood my decision was final. I wanted to present her with a 'pay-back' plan, and I sincerely thought a good solution would be to also offer to be a surrogate for free. Guilt ruled me. I really and truly cared for Kate and wanted her to be a Mom. I just did not want to give her my baby."

Kim says she was so nervous to talk to Kate that she had her therapist do it:

"On May 26, 2015 almost four weeks away from my due date I had a session with my counselor. We discussed, again, the drama, the hurtful and attacking messages from Donna, my anger toward her, my guilt over Kate, and my confusion about why the communication lines seem to be complex...There was no adoption agency- there was just Donna trying to shame me and manipulate me into adoption. I still felt sorry for Kate. I think she was just desperate for a baby and, like me, trusted Donna."

Kim's counselor called Kate, who was now angry and accused Kim of "stealing her money." Twelve hours later, Kim went into labor and gave birth without Donna or Kate knowing anything. Kim says she had applied for and received Medicaid.

"...nothing had prepared me for the intense love I felt, and the birth of a Mamma Bear who was ready to give my son everything he deserved and more, no matter what it took. Nursing was hard at first but I figured it out and our nursing relationship became one of my favorite memories to date. I was determined to exclusively breast feed him as long as I could."

While in the hospital, Kim says she received a text from Kate:

"I am devastated but I understand, let me know if you have a change of heart."

Feeling guilty again, her therapist encouraged her to focus on Elliott and allow Kate's support network to take care of Kate.

Greg came to the hospital and held Elliott. A few days later he asked Kim for her address so he could send some things to Elliott. Reluctant and somewhat suspicious, Kim gave him her address.

Three weeks later, when the sheriffs arrived at that address, they handed Kim a piece of paper stating that Elliott was going into the custody of Kate Sharp.

"I screamed and cried and said why?! And the sheriff kept stating 'I don't know ma'am.' They allowed me time to prepare his diaper bag and secure his car seat into the police car. Amidst the chaos and my screaming-I could not believe they did not have a car seat.

"After taking my son home, and Kate never meeting him, I had no idea she could possibly have any right to him. I had communicated I was parenting. It was acknowledged by all involved. I liked Kate. How could she do this? I don't understand. I still want to pay her back. I even want her to be a Mom. I really believe she will be a good Mom. I just want my baby. I want to be his Mom. And now, she has him. I have not seen him [since he was taken]. Her lawyer will not respond to my request to give him the breast milk I have been pumping every two hours. .... I sleep with his swaddle blanket... " 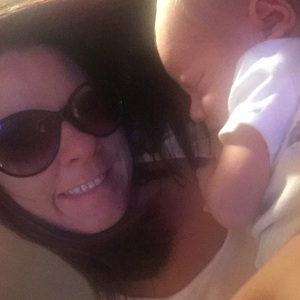 "After I gave birth to Elliott, I never wanted to put him down. I held him constantly, stared at him in amazement as he nursed, and I realized I had made the right decision to parent. I learned what unconditional love is. My purpose is to be a mother, Elliott's mother. Now I am left to pray that the courts use their discretion and make a judgement on my behalf."

Kate has interlocutory custody. Judge Brown, who signed the order to remove the baby because of "endangerment" due to alleged "mental instability," said that he never would have signed such an order had he known it was an adoption. It was outside his jurisdiction.

Kim has been told now that she needed to withdraw her pre-birth consent in writing, something she was never told. She says she was, in fact, told that final papers would be signed after the birth and that she then had five days to withdraw.

Judge Don Davis, who signed the consent, is on the Advisory Board of Adoption Rocks, and Donna Ames, the attorney for Adoption Rocks -- who was the only attorney "representing" Kim, is a major donor to Judge Davis' re-election campaign, making this case and all other adoptions of Adoption Rocks reek of a conflict of interest, misrepresentation, fraud, deception and undue influence.

The order for removal on grounds of endangerment was signed by a judge who did not know it involved adoption and had no jurisdiction in adoption matters.

Mothers and their children deserve far more. Kim was very fortunate that she had a therapist who was honest and helped her. More often, adoption agencies and practitioners send expectant mothers to counselors who they know will help persuade the mother to relinquish their babies.

Expectant mothers deserve independent legal counsel to explain every step of the procedure to them, and the lifelong ramifications for them and their child. Most importantly, mothers under such great stress and confusion, trying to make a life-altering decision for themselves and their child, need time. They need and deserve time with their babies and neutral option counseling to make an informed decision.

Pre-birth contracts need to be discontinued in the few states that now allow them. They are coercive, a step backward and put all parties of the adoption at risk for protracted litigation.

One-on-one direct payments also need to be outlawed as coercive. They hurt both the new mother and those longing for her child, and open the door for scammers who prey on desperation.

Direct payments between an expectant mother and someone who wants her child create feelings of entitlement for adopters who are left feeling taken advantage of when a mother decides to parent as they have every right to, and as many do once they see their baby. Enmeshment with prospective adoptive parents and receipt of gifts makes young mothers feel they owe their child and feel guilty about wanting to do the most normal, natural thing and care for their own child.

Expenses for expectant mothers in need should first be sought through government sources and charities with no strings attached. In my book, The Stork Market, I suggest that states set up a pool for all prospective adopters to pay into for support of mothers who do not qualify for state support, and also to cover expenses such as counseling and legal representation. It would be a simple add-on fee that goes anonymously into a pool and is used to help mothers in need, anonymously, with no strings or indebtedness or obligation attached.

There is, however, no oversight of adoption. Left to police themselves with little regulation or control, the industry does what is in the best interest of those who earn their livelihood procuring babies for their paying clients.

Adoption is supposed to help find homes for children in need, not dupe loving, capable mothers. No expectant or new mom should be subjected to the predatory and coercive adoption practices Kim endured... feeling attachment for a woman who stole her precious son.

Kim is awaiting a pretrial hearing on July 24.

NOTE 8/6/15: The facts of this specific case, as reported in this two-part piece, are as told by Kimberly Rossler who stands by them. Some of the facts are denied and/or disputed by Adoption Rocks and Donna Ames and will be ruled on when the case has its day(s) in court.

As stated, payments for expenses of expectant mothers considering adoption are currently a legal practice that creates many problems. Also as stated, pre-birth contracts are legal in Alabama but illegal in 48 states and, combined with direct payment of expenses, attemt to turn a woman trying to make the best decision for her child and herself into a paid surrogate. Adoption in America is under-regulated as attested to by L. Anne Babb, Ethics of American Adoption and by Adam Pertman, former Executive Director of the Donaldson Adoption Institute, who on more than occasion has been quotes as calling it "the Wild West" for its lack of ethical guidelines and regulation.