Crunchy to the core, these crackly morsels prove that bacon isn't the only addictive snack you can strip off a pig. 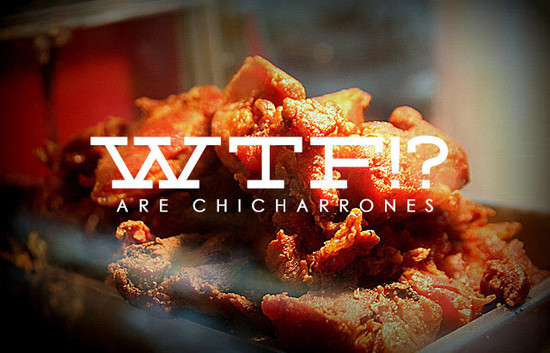 Chicharrones are pork rind pieces of carnivorous glory that started in Spain and spread to Latin American countries as a plate-filling snack of pig pride. Sure downing these deep-fried, artery-clogging tidbits on a daily basis is a no fail way to stay single and double up your chin, but we're still willing to bet that a few chicharron bites will get you slobbering for more like a greedy dog in a butcher's shop. 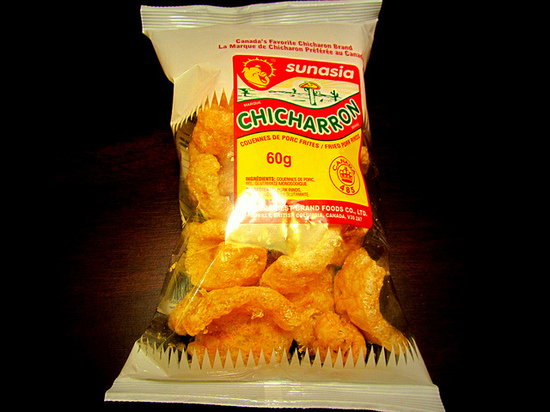 For a quick snack on the go, Chicharrones de Puerco is a popular bagged pork rind product found in Mexican supermarkets. Popeye got strong on spinach but North and South Pole expeditionists are known to pack portable chicharrones like this because they're lightweight, tasty and packed full of protein. Despite all the benefits, chicharron connoisseurs tend to stick their snouts up at these packaged versions, and instead opt to pig out at the nearest taqueria, restaurant or street-side vendor. South America is known for having some of the best street food in the world, and in Venezuela chicharrones are commonly found alongside main highways to appease the appetites of ravenous motorists. 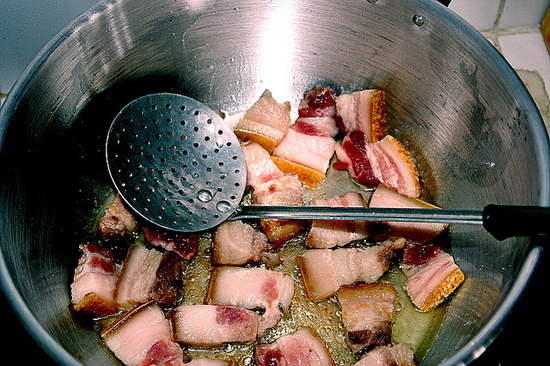 Like Barry White approaching the limbo line, getting down with the art of cooking chicharrones is a smooth process that takes time. A knife and a pig's belly are the first tools toward porkaliciousness. Excess fat is (usually) scraped away before the leftover goods are diced into poppable portions and slow boiled or oven baked overnight. Hours later these little suckers are launched into a jacuzzi of hot oil where they splash, sizzle and swell into infectiously delicious cholesterol cubes. The chicharrones are then drained, dried, doused in seasonings and ready to be served-beside a frosty cold brew, of course. 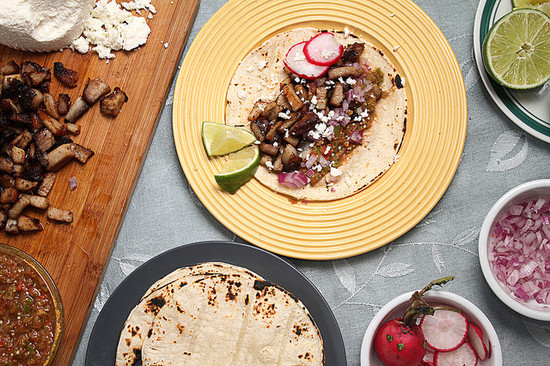 A piece of pig skin may not be your ideal food porn picture, but chicharrones are prepped so many different ways that your fried-pork fetish is sure to never get stale. In Mexico, chicharrones are typically seasoned with salt, chili peppers and lime juice, but every region offers its own mouth-watering twists. Venezuelans slowly marinate the skin in vinegar and in the Philippines, the porky morsels are eaten with coconut vinegar, soy sauce, garlic and the opposite-of-appetizing liver sauce. Booze lovers should indulge in chicharrones like the Bolivians do: by seasoning the pork rind with garlic, oregano and lemon before dumping a few beers into the bubbling pot of frying oil for intense flavoring. If you're looking for something real different, chicharron de pollo swaps pork for chicken and results in a (sort of) leaner piece of fried pleasure.

Something To Munch On 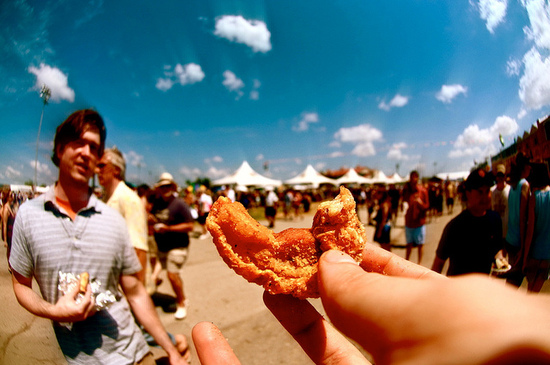 Chicharrones are mixed into soups, wrapped in warm tortillas, served on the side of full entrees or right off the street. Some fiends claim that chomping through the crunchy texture of chicharrones keeps their addiction going, while others just can't get enough of the salty and spicy fusion of flavors. Chicharrones are popping up in many parts of the world, not just Spain and Latin America-look for them as torresmos in Portugal, crackling or pork scratchings in the U.K., grattons in France, scrunchions in Canada and cvarci in Serbia. A chicharron by any other name would taste just as great.

Chicharron is practically a food group in Mexico, and chefs of the stuff-chicharroneros-are respected members of the foodie community. These fried pieces of satisfaction are responsible for happy faces and heart hiccups all over the world.