Hungry for some new developments in the world of Apple? You won't be waiting much longer.

Apple's Worldwide Developers Conference will be taking place from June 10 to 14 in San Francisco. The annual event is meant to showcase any new software or hardware, offer feedback to developers and encourage them to keep the App Store buzzing with new third-party programs.

That's all fun and good but: What does Apple have up its sleeve? As Business Insider has pointed out, 230 days will separate the iPad Mini's introduction in October 2012 and iOS 7's potential launch in June -- the longest such gap for big Apple news in three years. The fanboys are very, very hungry.

We've compiled some of what Apple may reveal below: 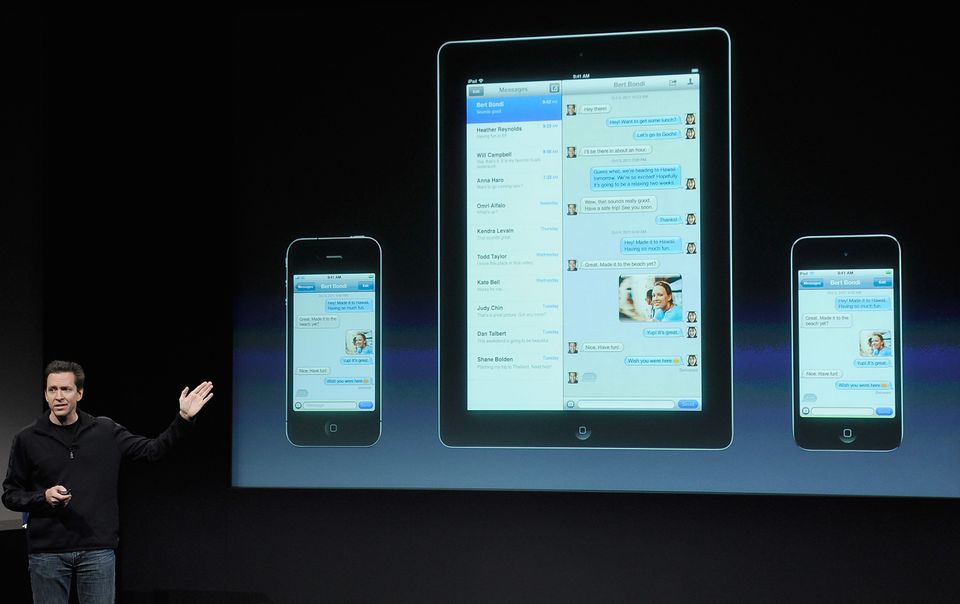 1 / 5
A Refresh To iOS?
Last month Tim Cook confirmed that <a href="http://appadvice.com/appnn/2013/05/apple-ceo-tim-cook-confirms-jony-ives-design-influence-on-ios-7" target="_blank">we'd be seeing the new version of iOS</a>, unofficially dubbed "iOS 7," at WWDC 2013 with Apple's senior vice president of industrial design Johnny Ive behind it. But what will iOS 7 entail? <a href="http://9to5mac.com/2013/05/24/jony-ives-new-look-for-ios-7-black-white-and-flat-all-over/" target="_blank">Sources have told 9to5Mac</a> that the new design is "black, white and flat all over." This seems to indicate that the new operating system for iPhones may go the way of the Windows Phone 8 with more flat, clean squares and less faux shine. This would be the biggest aesthetic overhaul since the platform launched in 2007. 9to5Mac's report also noted additional gestures enabling iPhone users to access the device's basic information or switch between applications, like the four finger swipe on the iPad. But beneath the surface are rumors of a few more tweaks. Among the ones 9to5Mac have mentioned: <a href="http://9to5mac.com/2013/05/21/flickr-vimeo-integration-likely-to-bolster-social-ties-in-ios-7/" target="_blank">Flickr and Vimeo integration</a>, <a href="http://9to5mac.com/2013/04/30/in-ios-7-apple-wants-to-own-your-cars-console-with-maps-and-siri-integration/" target="_blank">car integration with Maps and Siri</a> and AirDrop wireless file-sharing.
Getty Images