Private Thomas D. Costello lost his life on September 16, 1918 in France and received full military honors today at Arlington National Cemetery. Hastily buried after a World War I battle in an area known as Bois de Bonvaux near Jaulny, he remained undiscovered for 88 years until locals on a metal-searching expedition came across the site. JPAC (Joint POW/MIA Accounting Command) was notified, and shortly thereafter, recovered human remains and personal effects from the location. 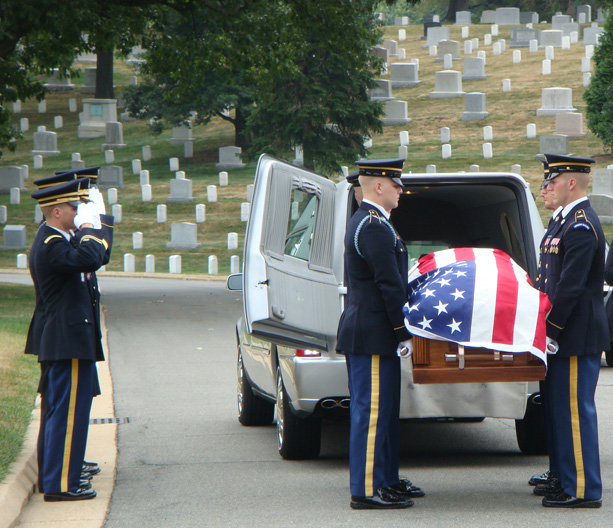 As a genealogist for the on-going repatriation efforts of the U.S. Army, I was requested to locate Private Costello's next of kin. The case was challenging, partly because the soldier was an Irish immigrant. Born in County Galway in 1892, he, a sister and two brothers had come to America, but only the sister married. She was swiftly widowed, so had only one child, who in turn, had only one child. It was this lean trail that I followed to Michael Frisbie, Private Costello's great-grand-nephew.

Mr. Frisbie, along with his wife and daughter, traveled from Maine to attend today's ceremony for a relative he had never heard of until notification by the Army. They listened as Chaplain Donald Rutherford described Private Costello, recorded as 5 feet 6⅜ inches in his induction papers, as a "small man who did great things." He and others, including French Colonel Brice Houdet, offered their condolences to the family. 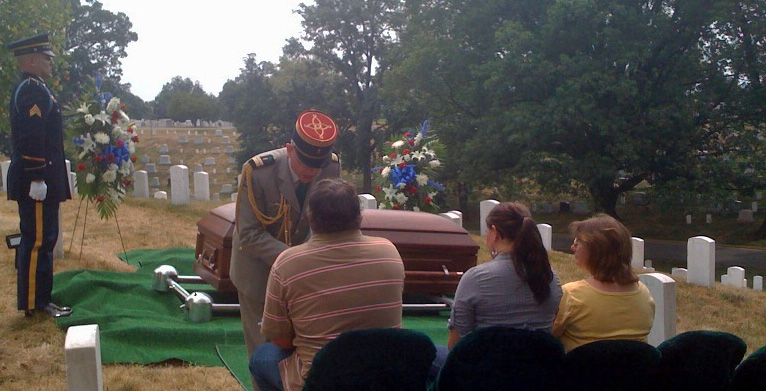 Watching the service, complete with the ritual folding of the flag, the gun salute that still startles even when you're expecting it, and the sorrowful wail of Taps, I realized that no one present had been alive when Private Costello was killed more than nine decades ago. There's no statute of limitations on honoring those who make the ultimate sacrifice, and that's as it should be. RIP, Private Thomas D. Costello.