During World War II, Germany pummeled Britain for months on end with heavy bombing raids in a 1940-41 campaign termed the "Blitz" -- meaning lightning in German.

Fearing German planes would drop gas bombs, authorities issued millions of gas masks to British men, women and children. The masks had to be carried at all times, and quickly pulled out during regular gas drills.

This being Britain, wearing a clunky gas mask apparently did not stop people getting on with both chores and hobbies. As the government urged in a poster campaign, it was time to Keep Calm and Carry On. 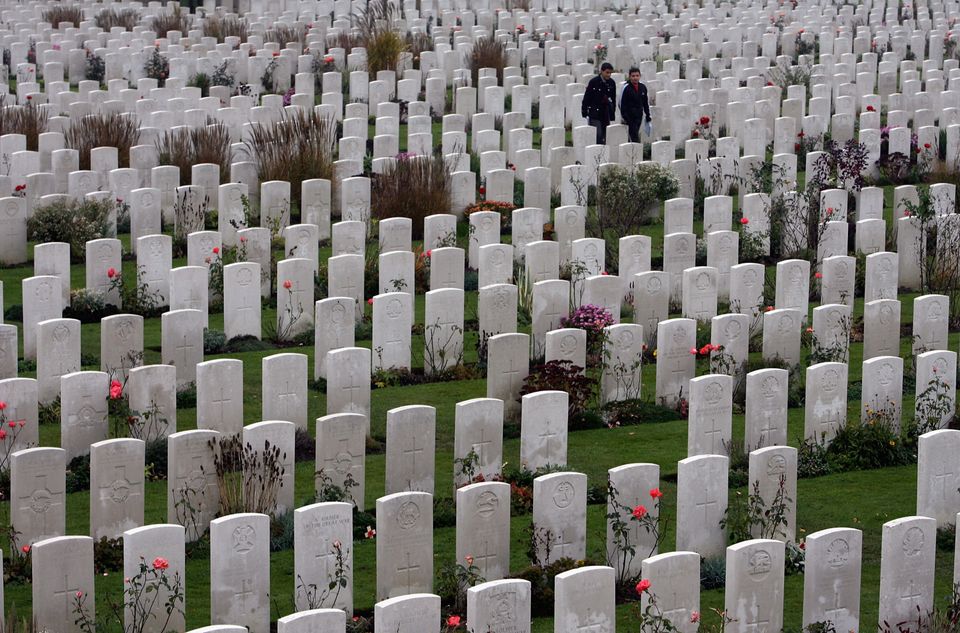 1 / 14
People walk among headstones in the Tyne Cot Cemetery, the largest Commonwealth war grave cemetery in the world, on November 5 2008 near Ypres, Belguim. (Photo by Matt Cardy/Getty Images)
Getty Images