Baltimore two-piece Wye Oak's new album Civilian could easily be just another balloon floating (briefly) up to further crowd the skies of indie rock. Yet, it isn't. Lead singer and guitarist Jenn Wasner's voice simply won't allow it to be. Wasner's thick, spectral vocals haunt every crevice of Civilian, swelling the band's third album with a tense, earnest beauty that resonates well beyond the first few listens. At its most shiver-inducing, there are tiny tremors in Wasner's vocals; a vulnerability that is both halting and decadent.

I sat down with the woman behind the voice in an interview last week. 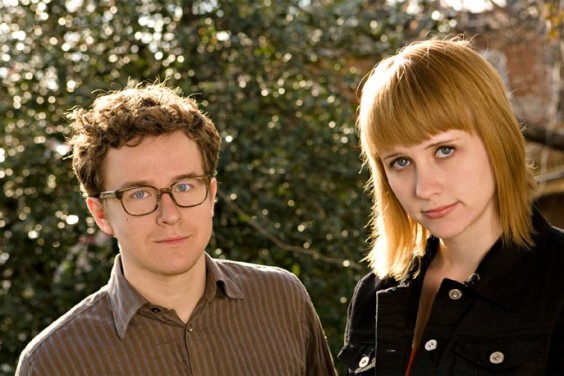 Ben Evans: For me, there is a different dynamic with a female vocalist; it seems a good songwriter, a good female singer, can explore places and lend certain emotional insight to things that a man just can't. Do you see that, and, as a woman, do you find that the opposite is true?

Jenn Wasner: It's funny, because I'd like to think that my voice is somewhat genderless. Not necessarily that I want to disavow the feminine part of myself, because I don't, that's definitely very much a part of who I am, but I don't necessarily want to be limited by it. I feel like one of the things I struggle with is just having range, and not always sounding classically feminine when I sing, but also being able to delve into some deeper, darker, more traditionally masculine sounds as well. I think the important thing is to not over-think it, and to be yourself, and to sing the way that feels comfortable to you, and [sing] the way you think the words are supposed to be sung and delivered. That way it won't sound like a put on, if you're just not focusing too much on the thought of it and the concept of it, and your letting yourself voice it in the way your comfortable with, then it will sound natural, it will sound real. I think I'm getting a lot better at embracing what my own voice is, and the fact that it is a female voice. I know growing up a lot of my favorite singers and songwriters' voices were male and were nothing like mine, and I had a really hard time understanding that, and coming to terms with that, and I feel like I'm more comfortable with it (my voice) than I ever have been before.

BE: How did you get the name Civilian?

JW: Well, I'm drawn to words that are kind of ambiguous. I love Civilian because it's obviously such an emotional record, but "civilian" is such a cold and detached and harsh-sounding word. It represents a certain distance, a clinical distance that I take when I step back and look at these songs, or when I was making the record. But also, I like that it is both an inclusive and exclusive word, I like that, in and of itself, it means someone who is not a member of the military, but it also essentially encompasses almost everyone. The record in a lot of ways is about yearning for that normal life that most people think is possible, but very few people actually have. There is this concept of normalcy that I think is a part of our collective consciousness, but isn't really real, and no one ever really reaches it, and everyone strives for it. For us especially, being in a band and traveling and moving and having very little stability, the only stable element of our lives is our impermanence, is our instability. So, in a lot of ways the record is about yearning for that, which is something that I've certainly struggled with, but I think it's something that everyone struggles with, regardless of who they are or where they live or what their life is like.

BE: I've really been taken by the title track on Civilian, particularly the line: "I still keep my baby teeth in the bedside table with my jewelry." Can you discuss the impetus of that song?

JW: Thanks. It's based in reality; I mean I actually do have some relics like that from my childhood. You know, it was more of an image than anything else, I definitely took some artistic license with it, and they are not necessarily where I claim them to be in the song. But I think that line in particular is more about my tendency to be a little bit of a pack rat physically with objects, and that song "Civilian" is about that same impulse, but emotionally -- hanging on to things past the point of reason and being dependent on others, and unnecessarily and unrealistically hinged to your past and being afraid of change. So that is kind of the point, it's a more physical, more specific example of larger ideas of dependence and change. 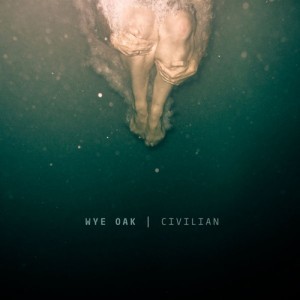 BE: Do you find yourself threading back to the past a lot in your music, because there does seem to be an almost nostalgic quality to some of the songs on this record?

JW: I'm always thinking backwards...but I'm trying to think forwards more in my life. I think it is impossible not to let songs have nostalgic components to them because I'm usually writing about events that have happened to me or feelings that I've had, or things that are of the past. And then of course when you write it and then you record it, these things become more and more entrenched, and more removed from the moment and the present. So I think in a lot of ways writing songs and recording them is a way to preserve those moments and a way that helps me to access them again as the memories fade, and to have some sort of document of experiences and feelings from a time of my life. I feel like Civilian the record is very much a document of a specific time of my life that is slipping away from me a little bit more everyday, for better or for worse, but at least I have this way to mark it.

BE: You touched on it a bit, but do you know when its time to write another album? Do you have a build-up of experience and emotion that kind of bulges and presses at you, until you say, "Ok, it's time to sit down and write songs?"

JW: I knew this time. Civilian was a...I worked hard at writing these songs, but in a lot of ways it was also just an effortless expulsion of material. I think you can't really plan it, you know? I know now that I'm not at a place, right now, where I'm ready to make another record. I'm starting to think about it, I'm starting the process over again, and it's kind of a vague-feeling process, but I know when I'm at the beginning and I know when I'm at the middle and I know when I'm at the end. Civilian is out in the world and it makes me feel really good, but it is somewhat daunting to be embarking upon the task of a new record, and I'm only at the very, very beginning of it, so hopefully...part of the work of being a songwriter and making art is accumulating the experiences that allow you to translate them into that art, so right now I'm more at the accumulating experiences stage, than the actual writing stage.

An audio recording of Fogged Clarity's complete interview with Jenn Wasner can be found here.