When a beer is made with real bull testicles there is really only one way to sell it: in pairs.

That's just what Denver's very own Wynkoop Brewing Company is planning with the launch of its signature Rocky Mountain Oyster Stout which will soon be available in two-pack cans in Denver and available nationwide via Internet craft beer retailer BeerJobber.com in just about two weeks, Wynkoop's chief promoter Marty Jones told FoxNews on Thursday.

The price for the "ballsy" two-pack will probably be around $7, but Jones said they hadn't nailed down a price just yet.

What started as an April Fool's Day prank became a reality in late 2012 when Denver's Wynkoop tapped the first keg of their Rocky Mountain Oyster Stout beer last October.

Wynkoop announced the "ballsiest beer ever" via their blog:

Yes, the beer was inspired by our April Fools spoof video this spring, in which we claimed to have released a beer made with bull testicles.

Why actually make such a meaty treat? Months after doing the video (the idea for which hit me while sampling Odell Brewing’s recent and very delicious oyster stout for Jax restaurants), we and our fans are still laughing. Very important, that laughing.

We’ve also met folks around the country who saw the spoof and loved it. (Hello Hawaii!)

Plus, when we sent out the press release and the video link last April, we heard from brewers and beer writers who thought the beer was for real and loved the idea. They wanted samples. So did many patrons who came to the pub to try the beer.

So we’ve turned our joke into a reality.

"We've been making ballsy beer for the past few years," Wynkoop brewer Brown said. "And this is great proof of that."

So, what does the bull testicle beer taste like? A Wynkoop staffer says in the original April Fool's Day video with tongue firmly planted in cheek that, "the results of our efforts is a luscious, creamy stout that delivers loads of flavor -- everything from roasted barely and coffee, to chocolate and nuts."

But what does it really taste like? Wynkoop describes it:

Rocky Mountain Oyster Stout is an assertive foreign-style stout, slightly viscous, with a deep brown color. It has equally deep flavors of chocolate syrup, Kahlua, and espresso, along with a palpable level of alcohol and a savory umami-like note.It finishes dry and roasted with a fast-fading hop bite.

All jokes aside, Jones says that the beer is made with "Colorado-grown base malts, roasted barely, seven specialty malts (including special B and smoked malt) and Styrian Goldings hops." Jones said that there is also an added "small dose of sea salt" which Brown says, "gives the beer an extra layer of Rocky Mountain oyster flavor and additional texture.”

Watch the original April Fool's Day video from Wynkoop, featuring head brewer Andy Brown, promoting the beer when it was just a prank, above. 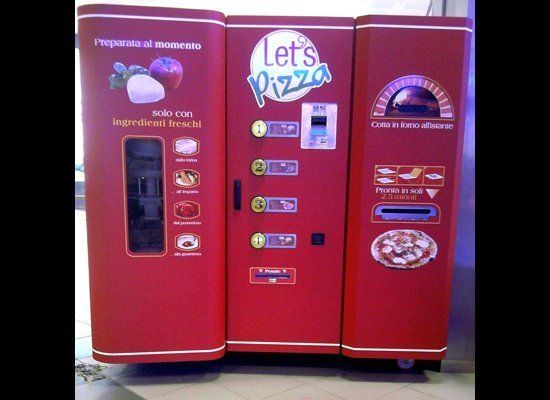