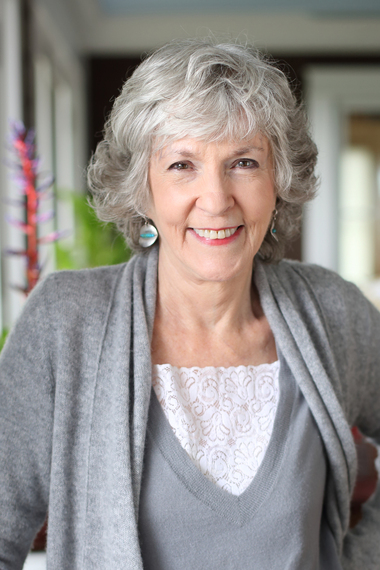 Sue Grafton is best known for her alphabet mystery series (A is for Alibi, etc.), with her feisty protagonist Kinsey Millhone. NPR's Maureen Corrigan said the forthcoming conclusion of the alphabet series "makes me wish there were more than twenty-six letters at her disposal."

Sue has won nearly every award in the crime-mystery lexicon, and her bestselling novels are published in 28 countries and in 26 languages.

Breaking with the tradition of summing up each novel's storyline by use of a letter and accompanying word, in Sue's latest release, X represents the "unknown." Within its pages are three separate mysteries: an art theft; an elderly couple involved in graft; and a sociopathic serial killer on the loose who is zeroing in on Kinsey as she struggles to unravel and resolve these cases without becoming the next victim of this ruthless killer.

Most obvious first question: this is the twenty-fourth Kinsey Millhone novel, and the first one that doesn't have a defining alphabetical word in the title. How come?

Originally, I thought X would be for xenophobe, but as I wrote the book, I realized there wasn't a foreigner to be seen. Wherever possible, I used x-words; but at the end of the book, I couldn't see any of these x-words encompassing the entire story. I think it's best if X represents the unknown.

In X, the serial killer is identified early on. Will you discuss that device in contrast to the reader not knowing the killer's identity, which seems to occur far more frequently in mysteries?

Technically, there are two kinds of mysteries: one is called open and the other is called closed. In a closed mystery, the reader is in the same position as the detective, sorting through clues and interviews, trying to arrive at the identity of the culprit. In an open mystery, the identity is a given. The reader knows early on who the culprit is; and the question becomes, how is the sleuth going to nail him? A good example of an open mystery is the old Columbo TV series.

You once stated the last novel in the series will be Z is for Zero. What does that mean?

I used to say, 'Z is for Zero, and then I'll use numbers.' But Janet Evonovich started using numbers, which she'll greatly regret because you can never get to the end of numbers. I'm limiting my run to twenty-six novels. I'm now trying to catch my breath so I can gear up and write the last two. It takes me two years per book. So we've got four years to go before I sign off.

When you say 'sign off,' do you mean you will no longer be writing mysteries?

I'll no longer be writing them with alphabet titles. Miss Millhone dominates my life. It's both a curse and a blessing. We'll see what she comes up with. I know I'm not going to be allowed to write about anybody else. She's a very jealous mistress. If I continue with the series, I think I'll do standalones. I may at some point get bored or burned out, and stop.

I'm sure you know that Arthur Conan Doyle was sick of Sherlock Holmes and wanted to kill him off.

I'll never get sick of Miss Millhone. She's largely based on me. Who can get sick of one's self?

Much like Kinsey Millhone, you're known for having paved your own independent career path: writing screenplays, TV movies, and of course, novels. Will you talk about that?

I got to Hollywood because of two novels I had published early on in my career. One was sold to Hollywood. I worked there for fifteen years. Toward the end, I became very unhappy. I cannot write by committee. I felt it was undermining my autonomy and authority as a writer. I knew I'd better get back to solo writing before I was ruined. To get back to writing alone, I decided to do a mystery because my father had published mysteries back in the forties.

It just turned out to be what I was born to do. A is for Alibi was the first mystery I ever wrote. Reaching publication was a miracle in itself. At the time, I had no notion there would be other novels thereafter. I was very fortunate to have been picked up by a great editor, Marian Wood, at Henry Holt & Company. She had never before edited a mystery novel, so it was a fresh turn for both of us.

What has surprised you most about the writing life?

I'm an introvert. I love that about my life, but it's part of my job to get out in the marketplace and promote my books. It surprised me to learn it was expected of me; and it surprised me even more that I've become quite good at it.

What's the most important lesson you've learned about writing?

I've learned to operate out of shadow. The term is part of Jungian psychology involving the juxtaposition of shadow and ego.

Shadow is the unconscious -- our wants, our needs, our intuition. It's the melting pot of all our venom and it's the dark part of our natures. In that stew of petty jealousies and homicidal urges lie all the creative energies.

I reached a point in writing J is for Judgement, where I drifted into ego. I got too worried about whether the critics or my editor would approve. And, it shut me down. So, I spent some time learning to get out of my own way. The problem is I lose sight of that lesson whenever I start a new book. I have to go back with each new novel to relearn the technique of writing from the soul -- from shadow. It's also the equivalent of learning to write from the right side of the brain as opposed to the left; the right is the creative part, while the left is the bean-counter.

Another thing I've learned is I can write really bad sentences. (Laughter). When I first write them, I think they're wonderful. But when I go back the next day, I'm appalled. Writing is really all about buffing and polishing what you've written. Actually, writing is re-writing. That's been an important lesson for me.

What, if anything, keeps you awake at night?

Toward the end of a book, when I am totally engaged, I will wake in the night. It's like I'm having a visit from shadow. I can hear lines of dialogue. I get up and go to the bathroom with a flashlight and write them down. I'll get back in bed, and the next thing I know, shadow says, 'Wait. I have another really good suggestion.'

There's something exhilarating about that process -- about operating from that place. That voice in the night gives me cogent bits of information, like breadcrumbs in a forest. It keeps me on track.

Has that experience ever changed the trajectory of a story?

It has caused me to dump stories. There were a couple of books where I had a few hundred pages written, or maybe fifteen-thousand words done, and shadow would say, 'I don't like this.' I always argue with shadow, but she always wins. The hardest thing to do is dump a book; but if it's not working, there's no point in wasting time on it.

Have you ever suffered from writer's block?

I suffer from writer's block every single day.

I used to fear and fight it. Now, I consider it shadow giving me the message that I'm off track. So, instead of complaining, I listen very carefully and start backtracking in the manuscript's narrative to figure out where I went astray. I think writer's block is a gift. It's dreadful when you're in the midst of. You just think you're going to die. But, as a rule, you don't. The answer is always there--somewhere within the manuscript--and you must have the patience to pursue it.

As an eminently successful writer, what advice would you give to writers starting out?

I would say learning to write well takes years. In this day and age where there is so much instant gratification, people sit down to write thinking it will be smooth, easy, and effective. Generally, we speak fairly well and tend to think writing isn't that hard. People surmise, 'I'll just write what I would say.' But the truth is what happens on the page is very different from what happens in the brain. The translation process is very tricky, and it doesn't come easily. Some writers starting out get discouraged and are impatient. They can fall victim to unscrupulous people who will take their money with promises to edit the manuscript and get it published. I don't believe in short-cuts. Novice writers must accept it will be a struggle. They need patience, and must be willing to persevere.

You're hosting a dinner party and can invite any five people from any walk of life, living or dead. Who would they be?

I'd invite Mark Twain. Then, Nora Ephron, a heroine of mine. I adore Anthony Trollope and would want him, too. I'd be very tempted to put H.L. Menken on the list. And, I'd love to invite Raymond Chandler.

All are writers. What would you be talking about?

I hope we would be talking about our suffering as writers, sharing our misery, and giving each other a little comfort. (Laughter).

Congratulations on writing another Kinsey Millhone novel, the 24th in a series about which The Wall Street Journal said, "Millhone's complexity is mirrored by the novels that document her cases: books that nestle comfortably within the mystery genre even as they push and prod its contours."