In a series of posts on the Xbox website on Thursday, Microsoft aimed to clear up lingering questions on always-online connectivity, playing used games and Kinect privacy. Instead, they managed to just get everyone more mad and confused.

Among the things confirmed were that the system must be connected to the Internet once every 24 hours and used games were available to resell at "participating retailers."

Redmond has the chance to assuage gamers' worries about the new console at a press conference at E3 in Los Angeles on Monday. However, the Xbox maker is expected to focus on games instead of console features.

While news of connecting online to play once every 24 hours isn't the worst case scenario that the rumor was, it's still fairly awful. Gamers comprise a wide range of people, many of which -- members of the military, frequent travelers, students or people who have poor Internet or no Internet at all -- would be disproportionately inconvenienced by this requirement.

"With Xbox One you can game offline for up to 24 hours on your primary console, or one hour if you are logged on to a separate console accessing your library," the company wrote. "Offline gaming is not possible after these prescribed times until you re-establish a connection, but you can still watch live TV and enjoy Blu-ray and DVD movies."

The once-a-day connection also makes little sense for gamers who will only be playing single player games, which don't require an online connection. Microsoft's post emphasized connectivity as a way to keep games current and updated seamlessly, along with offering better unity between smart devices. They did not clarify what would happen to gamers if Microsoft's servers were to ever go down.

While the always-online issue became a bit more clear, the debate over how the Xbox One would handle used games became even more murky. Gamers will be able to trade-in or resell disc-based games, but only to the ambiguously worded "participating retailers" and only at game publishers discretion.

Similarly, loaning or giving games to friends will also see restrictions. While there will be no fee to let your friends play your game on their system, games "can only be given once", in addition to the fact that you can only give your games to someone who has been on your Xbox friends list for at least 30 days. Kotaku points out that this clarification only raises more questions: "Let's say Person A gives a game to Person B, and the game is removed from Person A's system and transferred to Person B. Can Person B then give the game to Person C?"

Privacy concerns for Xbox One's motion sensing camera, the Kinect, were also addressed. The sensor can be turned off when you're not using the Xbox One with an "Xbox Off" command and unless you're playing a game where Kinect is necessary, the device can be paused during gaming.

The Internet has not taken this this news well. Reddit's r/gaming subreddit and it's 3.2 million members are one place where the anti-Microsoft backlash has been particularly sharo. Nearly every one of the top posts on the forum since Microsoft's announcements involves ridiculing the Xbox One, with many gamers swearing they'll be buying Sony's Playstation 4 instead. Not helping matters is rumors of Microsoft-run Reddit accounts on the site made solely with the purpose of positing positive comments about the Xbox One. 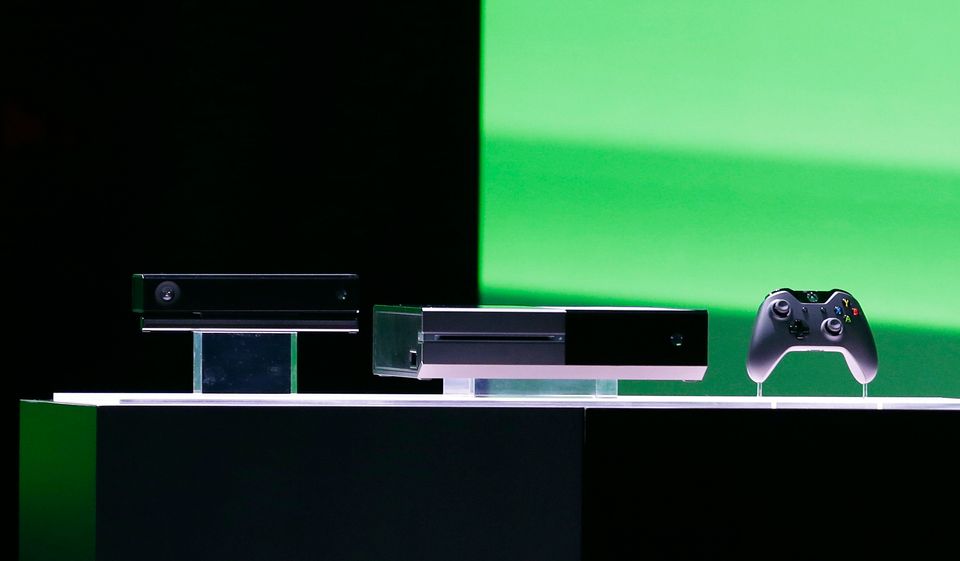 1 / 22
Microsoft Corp.'s next-generation Xbox One entertainment and gaming console system is shown on stage Tuesday, May 21, 2013, at an event in Redmond, Wash. It's been eight years since the launch of the Xbox 360. The original Xbox debuted in 2001, and its high-definition successor premiered in 2005. (AP Photo/Ted S. Warren)
AP