An Xbox 360 signed by Sarah Palin has been re-posted for sale on eBay.

Curious? It's yours just $1.1 million -- and that's with nine days and one hour of bidding still to go. (No word on whether the Xbox actually works)

Here's the description posted by the seller:

The infamous Sarah Palin XBOX 360 was autographed at the governors picnic on July 24, 2009, in Wasilla, Alaska, just two days before her resignation as governor of that state. You can own this 60GB, perfect-condition, one-of-a-kind item before her expected run for president of the United States of America in 2012.

The listing history for the item is pretty complicated, and it seems that the seller has had more than a few troubbles in his efforts to part with this six-figure collectible (including PayPal's inability to process $1 million payments, eBay's definition of what does and does not qualify as a "pinback, bobble, or lunchbox", and numerous de-listings by eBay). 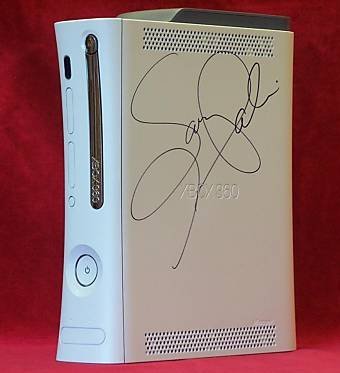 Is it legit? Compare it to what is (purportedly) an authentic Palin signature: 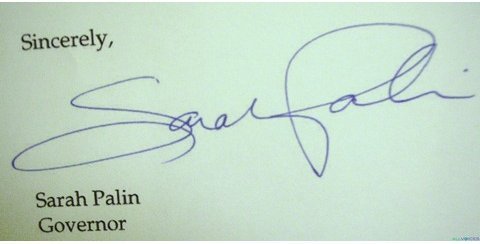