The private space-race is once again heating up.

XCOR, a private rocket company, has released images of the Lynx, a supersonic aircraft that will fly super-rich passengers to space as early as 2014. The 45-minute round-trip flight will cost each passenger roughly $95,000, XCOR spokesman Bryan Campen said in an interview with HuffPost.

The Lynx, Campen said, is a precursor to a supersonic plane that will transport passengers between New York and Tokyo in a mere 90 minutes. Such a vehicle will take off and land on a runway like a conventional plane, but will fly outside the atmosphere for a portion of its journeys, 62 miles above earth.

The first 90-minute commercial flights between the Big Apple and Tokyo should hit the market some time in the next 20 years, XCOR COO Andrew Nelson told HuffPost.

Plans to develop the $10 million Lynx were originally announced in 2008, as space entrepreneurs Richard Branson of Virgin Galactic and Elon Musk of SpaceX were building similar rocket planes. In May, SpaceX completed the first ever private mission to the International Space Station.

Branson, for his part, said in July that he and his children will be the first commercial passengers to fly aboard a Virgin Galactic spacecraft when the company's private space tourism program launches toward the end of 2013. Around 529 tourists have reportedly signed up for Virgin's two-hour space-flights, which cost around $200,000 a trip.

Test flights of the Lynx will start as early as the beginning of 2013, XCOR president Jeff Greason told Popular Mechanics in August. The test flight program will reportedly last 12 to 18 months beyond that, as engineers work out any kinks. 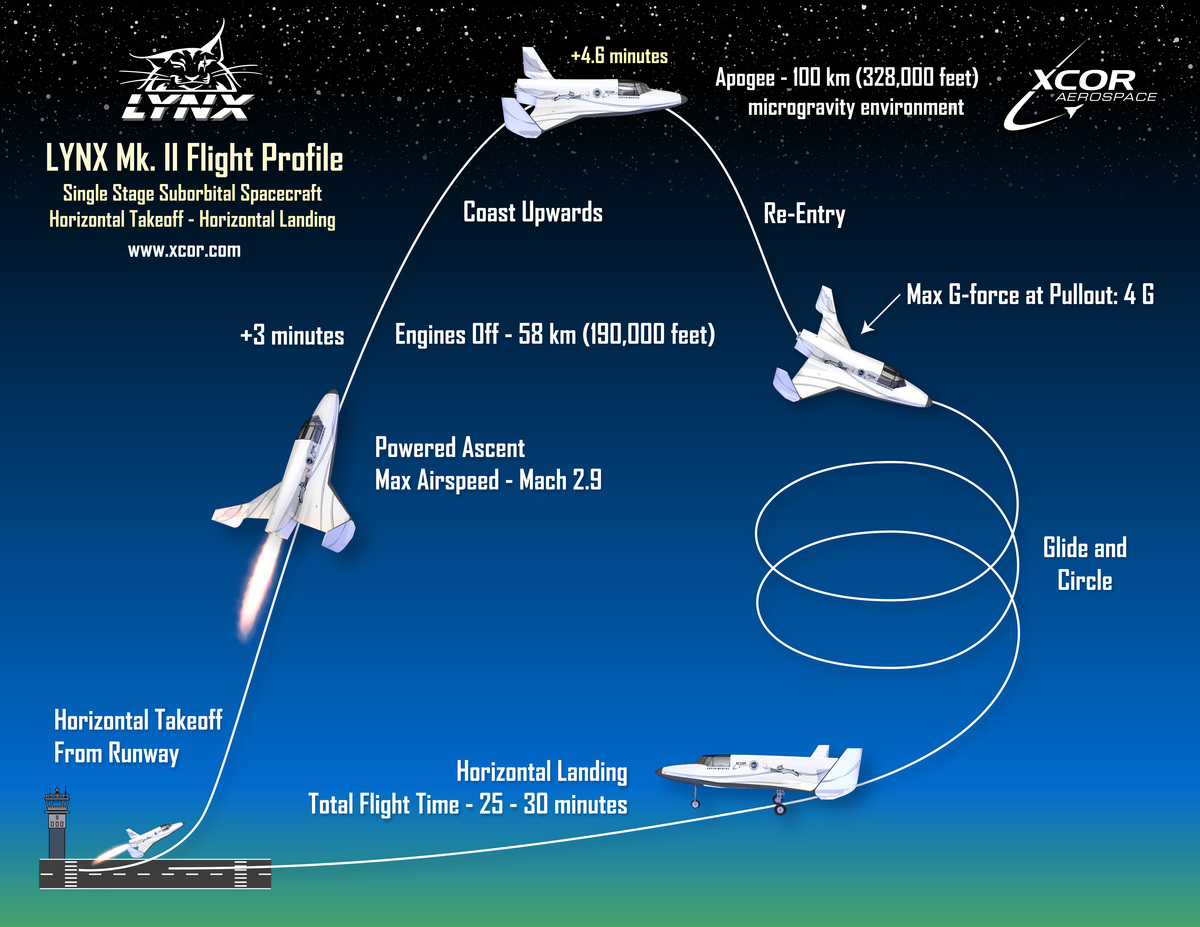