A sphynx cat in Rüti, Switzerland, is becoming an internet sensation thanks to his unusual wrinkles and constantly grumpy expression.

Xherdan the cat may look scary to some, but it was love at first sight for his owner, Sandra Filippi, who adopted him six years ago when he was a kitten.

“When I first saw him, he immediately stole my heart,” Filippi told Caters News Agency. “He makes me and other people laugh all the time and that’s the most beautiful thing there is. I am so incredibly proud. He is just so unique.”

Xherdan’s extreme looks might intimidate some people, but Filippi says he’s such a sweetie that even the most apprehensive person loves him after they meet him in the flesh.

“He also speaks a great deal and in all pitches ― when he is excited, when he is hungry, when he plays, or while cuddling and falling asleep,” Filippi told Insider.com.

Filippi isn’t the only one who has developed a great love for Xherdan.

An Instagram page devoted to him has more than 25,000 followers.

Xherdan’s looks may be unique, but his personality is in keeping with his breed. Sphynxes are known for their intelligence, extroverted personalities, great energy, and habit of showering their owners with affection. 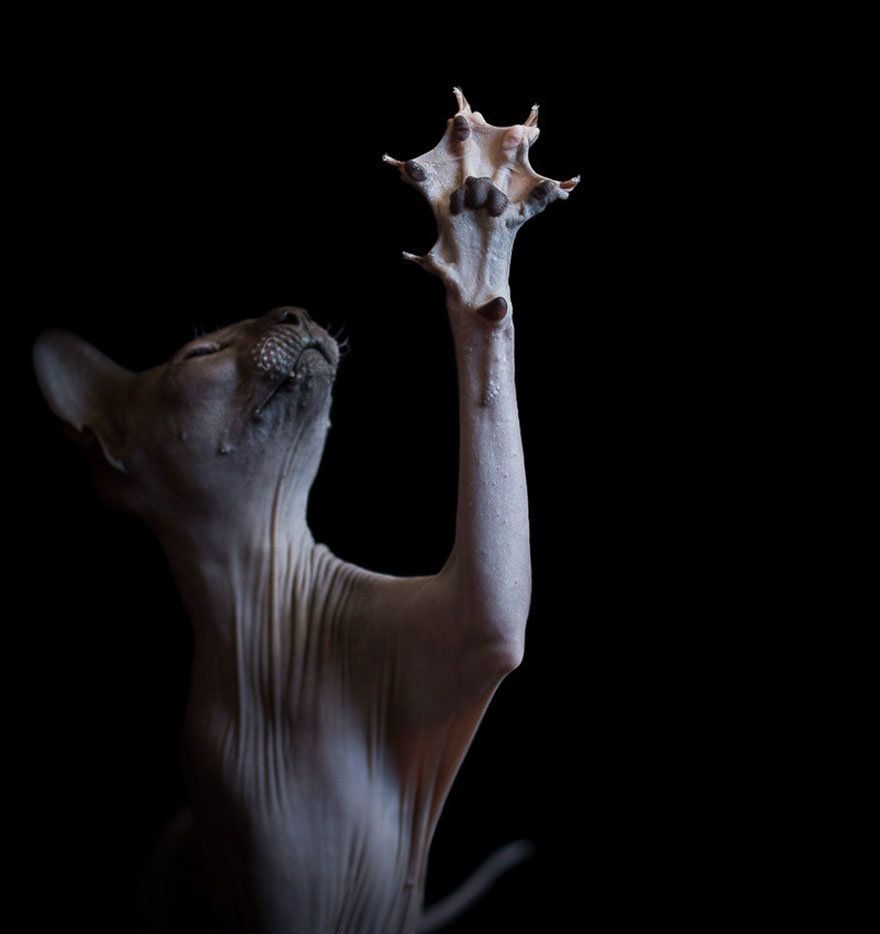