Box. Bush. Beaver. And yes, of course, pussy. These are some of the most widespread euphemisms for a woman’s lady parts. To many contemporary, native English speakers, they serve as the obvious alternatives when discussing private matters in public company.

But how do individuals in Japan, Cuba and Korea refer to their nether regions? Which animals, vegetables and minerals have been recruited for the cause, due to their unwitting resemblance to what rests between our legs?

An Instagram project titled XX_XY is compiling an extensive illustrated guide to all the weird ways people talk about their junk ― all around the world. The site, which has only been live for around a week, provides daily updates complete with truly striking visuals, sure to satisfy a worldly and dirty mind alike.

We’ve compiled 11 of our favorite euphemisms culled from all pockets of the globe. Get ready to view your kitchen cabinet in a whole new light.

1. In Indonesia, a penis is sometimes referred to as a “burung” ― or bird.

Indonesia 🇮🇩 Burung, alias 'Bird'. This nickname is also used in Italy, not for its feathers, of course! As a bird, it is always ready to soar and make you fly 😎 😎

2. In Korea, the preferred slang for the penis is “gochu,” or black pepper.

Korea 🇰🇷 고쵸 Gochu, alias 'Black pepper'. From the Middle Korean 'Kwochyo'. There are no information about the use of this word, but we can easly guess it comes from its aphrodisiac properties and its oblong shape. Really, really hot 🔥🔥

Italy 🇮🇹 Pisello, alias 'Pea'. Green, like an alien 👽Another word related to the vegetables, but this time it is for his stuff. Probably Italians use this word due to the oblong shape of the pods, for sure not for the color.

4. Also in Italy, don’t be alarmed if you hear a vagina referred to as a “patata,” or potato.

Italy 🇮🇹 Patata, alias 'Potato'. Italians seem to have an attitude for vegetables, and which one is the best if not potato? Good to eat in any way, also with the peel! 🍟 Enjoy potatoes!

6. In Poland, the preferred slang for lady parts is “cipka” or chick.

Poland 🇵🇱 Cipka, alias 'Chick'. Who doesn't get soft in front of something fluffy, kind and little? We suppose that this is the reason why Polish call the vagina in this way. Fortunately, she doesn't make a cheep cheep sound! 🐥🐥

7. In Cuba, a vag is also known as a “papaya” ― no translation necessary.

Cuba 🇨🇺 Papaya, alias…well, ‘Papaya’! We can spot a certain similarity, there’s no doubt. According to the book ‘Nuevo Catauro de Cubanismos’, by Fernando Ortiz, Spanish 'conquistadores' used the word ‘papo’ as an euphemism for the women's genitals and later a 'phonetic derivation' in Cuba gave the word papaya the same meaning! The papaya is known in Cuba also with a pretty funny name: Fruta Bomba. If you happen to take a trip to Cuba, remember not to use lightly the word 'papaya': Mitt Romney has learned this lesson too late!

8. English-speaking countries are known to call a dude’s package a “schlong” ― which, you may be surprised to learn, comes from the Yiddish “shlang,” or snake.

9. In India, the pudenda is sometimes referred to as a “katori” or a bowl.

India 🇮🇳 कटोरा Katori, alias ‘Bowl’. Well, you know: it’s round, capacious and you can lick it or…drink from it. They do have a point here!

10. In Panama, another term for nature’s pocket is an “araña” ― also known as a spider.

Panama 🇵🇦 Araña, alias 'Spider'. Well, it’s hairy and dangerous: just like a badass woman! Embrace yourself for this Halloween and be prepared for all the scary spiders! 👻🎃👻

11. In Poland, the two most popular ways for a woman to subtly reference her groin are “muszla,” which means seashell, and “sowa,” or owl. 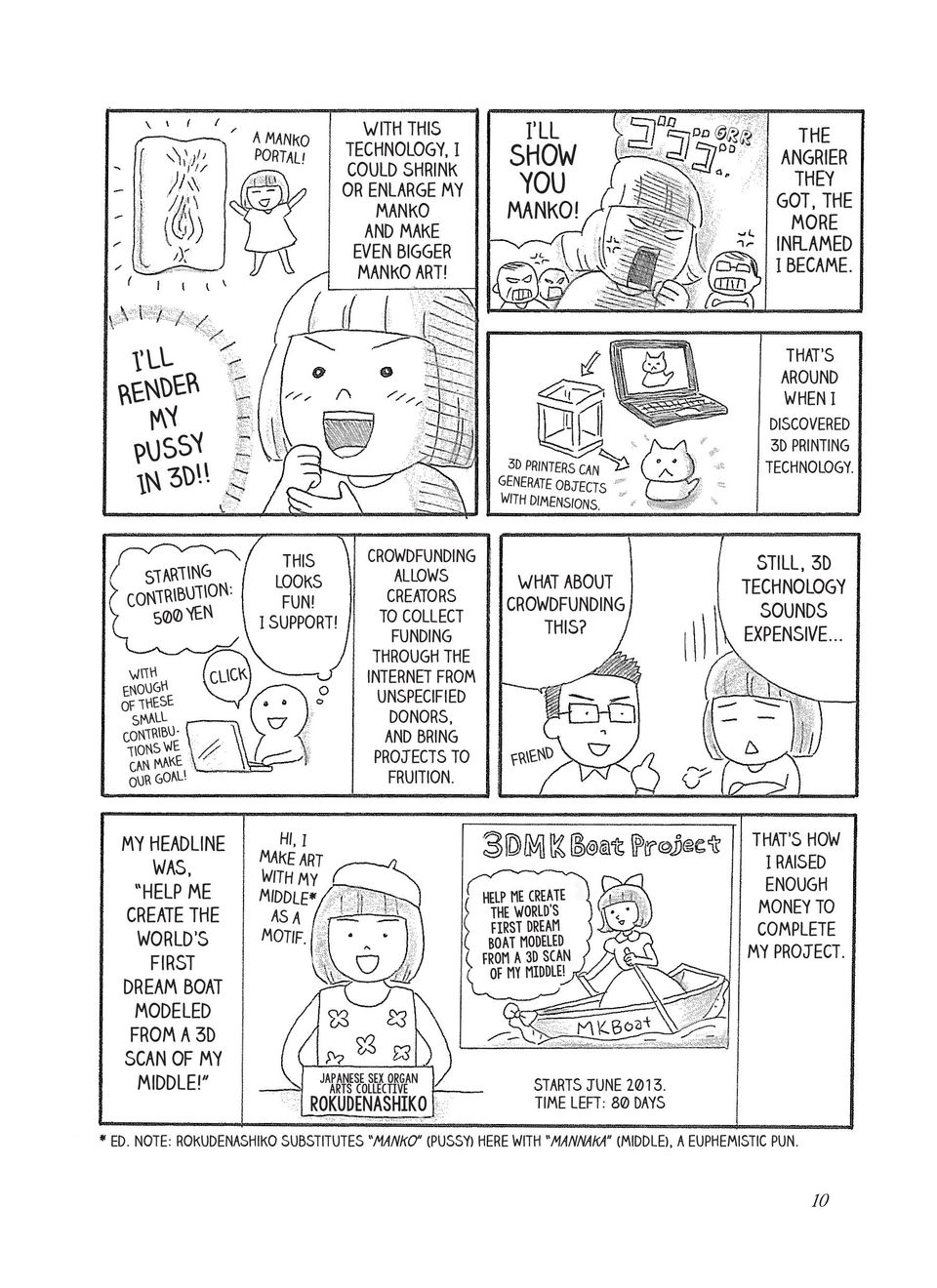 1 / 4
What Is Obscenity? The Story of a Good For Nothing Artist and Her Pussy