The release of my novel The Earthquake Machine inspired me to tap into the active, sassy community of Young Adult (YA) book bloggers. What I found was an empowered group of young women who often drive YA book sales. I also encountered something surprising: many YA book bloggers are book-cover fanatics. They gush over covers they love, and even create vlogs (video blogs) in which they show off the covers of recently acquired books. In these vlogs, YA bloggers often go so far as to caress their favorite book covers, an activity I have dubbed "cover stroking."

Many YA book bloggers go to school full-time and also work, and they still find time to read prolifically and write thoughtfully about the books they read; and they receive no compensation other than advance review copies of the books they review. It's not uncommon to find YA bloggers who are 20 years old and have reviewed more than 200 books. YA bloggers in their teens and 20s often don't know any other enthusiastic readers, so finding a like-minded sisterhood of online readers validates and empowers them by it giving them voices in a supportive public forum.

And they are definitely supportive. Amanda Hocking, who was rocketed to best-seller status because of book bloggers' support, says, "These guys are honestly my heroes. I'm a little in love with all of them." She's right. These young women not only read, reviewed and promoted my novel, but also offered me invaluable guidance and a surprising amount of emotional support.

As I mentioned, I also learned about YA bloggers' fetishistic love of book covers. Now I grew up reading books for what was inside them and never gave much thought to their covers. To quote Annie Dillard, I knew that "Some books were bombs that exploded in your head, and others duds," but like Dillard, I could never tell just by looking at a book if it would be a life-changing bomb or a boring dud. But 21st century readers are much more steeped in visual culture. They also have a lot more competition for their time and attention, so they want books that are not only meaningful reads, but also visually satisfying. And they see the book's cover art as inextricably linked with its contents.

Publishing companies have tapped into book bloggers' adoration of book covers by having a "cover reveal" before a new book's release. Bloggers then post the image of the book cover along with commentary about it. The cover reveal has become an incredibly effective marketing tool. For example: after Simon & Schuster "revealed" the cover for Cassandra Clare's City of Lost Souls, the fifth in her best-selling YA sci-fi/fantasy series, the YA blogosphere lit up with the image of "Jace and Clary in a passionate embrace in Paris."

When bloggers began to review my novel The Earthquake Machine, many echoed the opinion of Jessica at Book Sake who wrote: "I was blown away by this book. The description and cover do it absolutely no justice whatsoever." I quickly realized that while the cover was an eye-catching match for my wild little novel, it was not at all in the vein of typical YA covers, which most always feature a slender, sexy, Caucasian female protagonist. I was concerned that these covers, so adored by readers, contribute to the general societal pressure that demands that young women conform to impossible standards of beauty.

I knew I had made a mistake in not selecting a book cover that would appeal to YA readers. But I was torn at the idea of changing my book's cover; The Earthquake Machine highlights my own aggressive and intellectual feminism, as well as a protagonist who "passes" as a boy in order to travel safely through a foreign land, so I was wary of having the image of a stereotypically pretty girl on the cover.

I saw there is a contradiction in the fact that even though YA bloggers are using their book blogs to engage in the confidence-building act of expressing their opinions about books, they value book covers that reinforce an image of beauty unattainable to most women and girls, and therefore self-destructive. But like all young women, book bloggers' aesthetic tastes are influenced by the culture in which they live. These bloggers are smart, thoughtful, and very much a part of a culture that embraces a particular idea of female beauty.

YA readers are part of a tribe; and YA covers signify that the book is special, meant just for members of their tribe. "This is ours, not yours," the book cover declares. As a lifelong reader, writer, and lover of literature, I want to be part of this tribe, which, like all groups, is full of contradictions. I have a lot to learn from book bloggers and -- I believe -- a lot to offer them. And I decided I want a book cover that will attract this tribe to my novel The Earthquake Machine, a book that asks the reader to think critically about everything from immigration to limitations imposed by gender.

And so I set out to acquire a book cover that would appeal to the book's demographic. Suza Scalora, an award-winning photographer/cover designer/author, agreed to design a new cover. Together we decided on Suza's stunning photograph of an androgynous short-haired girl. I think of the image as a depiction of Rhonda, my novel's protagonist after she has cut her hair so that she can pretend to be a Mexican boy named Angel.

I sent out a "cover reveal" to book bloggers and their response was immediate and enthusiastic. "Gorgeous!" was the word most used to describe the cover, which many bloggers posted on their blogs, links to which they tweeted and retweeted.

The daily number of people who added The Earthquake Machine to their To-Read list on Goodreads exactly doubled after I revealed the new YA-worthy book cover.

What have I learned from all this? Well, the bad news is that the covers that attract female readers in their teens and 20s are problematic because they reinforce a beauty ideal few can ever attain. And while YA book bloggers create an amazing, liberatory space to discuss their ideas about writing and literature, this same space is also marked by the restrictions of our culture. The good news is that book bloggers' fetishistic love of covers that romanticize young women doesn't mean that these same bloggers aren't willing to think hard about the content of the books they read. How do we as women move forward from where we are? By reading, writing, reflecting, and bonding with other women. Bloggers may still value images and ideas of beauty that are limited enough to be harmful; but if book covers lead young readers to books that ask them to think critically, then one of these days bloggers may begin demanding more covers, and books, that acknowledge more expansive notions of female beauty. 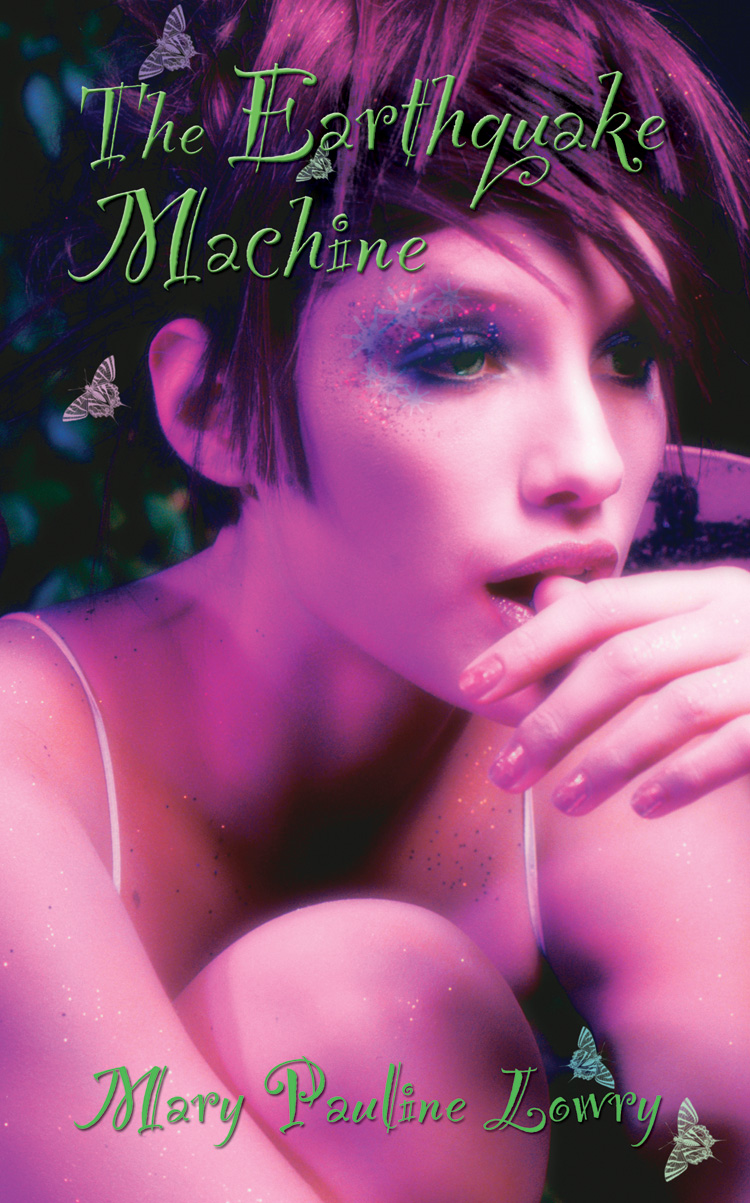