Yamasaki designed four buildings for Wayne State. Here's how he described his vision of the campus in a proposal, according to the university's Walter P. Reuther Library:

"An island of urban delight -- a lovely system of courts linking the buildings, all on a walking scale. A walk from one building to another will be a series of delightful surprises. Each court will be different -- one paved, another grassy; one with a fountain and statues, another with trees." Yamasaki was adamant that an urban campus should not imitate "a traditional rustic campus with sweeping lawns and stately oaks"; instead he drew inspiration from European cities to design a tranquil space in an urban context.

The McGregor Memorial Conference Center was completed in 1958. The pools were drained because of a damaged foundation in the late '90s and were renovated through $1.8 in funds allocated by WSU last year.

The Detroit Free Press interviewed Henry Guthard, who served as Yamasaki's engineer when the building project was underway.

"If there was a building that Yama loved, it was the McGregor," Guthard told the paper. "To have the beauty now faithly restored by Wayne State would be a remarkable joy for him.”

The reflecting pools certainly are a delightful surprise tucked away in the urban college campus. Below, see photos of the pools through history. 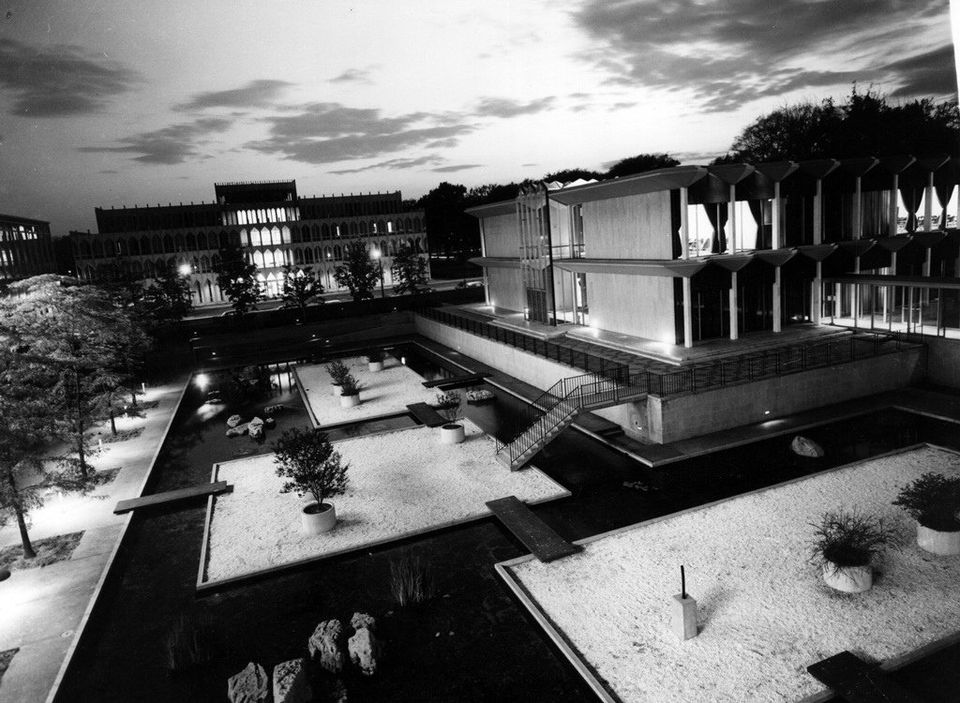