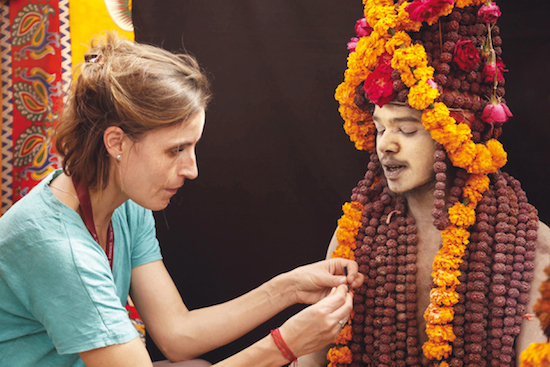 As a minute, small, single member of the human race, I'm at a loss. Every day, the conflicts get bigger, the destruction more massive, the waves of migration increase, while our conversations shrink. I watched a few films at this year's Venice Film Festival, where I noticed a disturbing trend: extremism, the ability to mobilize people in hatred, almost always wins over logic and dialogue.

But in his latest masterpiece Human, Yann Arthus-Bertrand sheds the light on hope. Perhaps it's the way the photographer-slash-environmentalist-slash-filmmaker photographs individual people in the same grandiose way he shoots majestical landscapes, or maybe it was the wisdom his team of journalists managed to extract from such diverse subjects as an African-American boy in jail for life, or a South American farmer, or an Israeli father who lost his daughter in suicide attack. I'm not sure, and I know I'll have to reflect on the film for months to come, to truly let it sink in and allow it to uncover within me the answers.

On September 12th, though, what's sure is that it will be world Human day. The film, as a cinematic movement to change the world, will be screened simultaneously at the United Nations in NYC, with Secretary General Ban Ki-moon in attendance, at the Biennale del cinema in Venice and on YouTube, with conversations going on through Google as well. Plus, the creators encourage a global dialogue around the film that can be achieved by tweeting the hashtags #HUMAN and #WhatMakesUsHUMAN. Trending on Twitter has never been so crucial for our survival.

Human opens in France this week as well, in more than 500 theaters, which is also a groundbreaking number, worthy of a world-changing film. In fact, it appears a lot more of an effort to avoid Arthus-Bertrand stunning film than to watch it, with eleven different movies in total, including a theatrical version, TV episodic cuts and behind-the-scenes footage available on YouTube. The story of the US soldier he refers to below is only told in full online, for example.

I caught up with Arthus-Bertrand in Venice, and his energy, his larger than life power is indescribable. Perhaps what feeds this genius, this champion of communication and understanding among us, is that he comprehends the power of one. It is a power we often forget -- I know I do -- the ability to change the world, one small, tiny, at times seemingly insignificant action at a time.

How did you choose your subjects, those you wanted to interview?

Yann Arthus-Bertrand: Above all, Human is a political film, so there were some precise themes I wished to explore through these conversations. First among these, war, because war for me remains incomprehensible. How is it possible that in civilized countries like ours children are killed? That to me is both an ethical and moral question. I myself belong to the third largest arms producing country in the world, but also the country at the forefront for the protection of human rights. That's such a paradox and an enormous contradiction and so I really wanted to speak with those persons who have killed, or have been victims of war. I'm a spoiled child because I've never lived through that.

Why do people kill then, have you found the answer through your film?

Arthus-Bertrand: The problem is that when someone is killed, immediately a reaction of hatred and a wish for vengeance are generated in return. You end up getting locked in a cycle from which you can never get out. We explored this principle by going to Iraq, to Syria, in the refugee camps of Jordan, in Cambodia with the Khmer Rouge, in Rwanda in central Africa where there were recent conflicts, in Ukraine and the United States. Every day in the US 17 veterans of war commit suicide. Those who commit suicide among former soldiers are more than those who die in battle. It's obvious that wars make those who fight them go mad, that man enjoys killing and loves war. One US soldier in the film clearly states that. But we must remember that all those who talk in the film are "us" -- they are simply a mirror reflection back because we are just like "them." 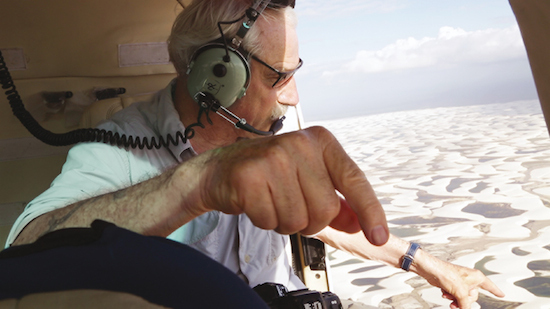 How many questions did you ask each subject, to come up with such a complete film?

Arthus-Bertrand: The questions were forty, always the same ones to each person. When we interviewed soldiers, we asked them the same questions we asked farmers.

And your team, how many people were you in total?

Arthus-Bertrand: Five journalists who worked for two years with five cameramen, and in each location we had a fixer, there to organize everything for one month. I worked with the areal crew which included another five persons, and then there were four more people who received the material, sorted it according to theme, language, translations etc. -- in total we were a group of twenty working on this project for two years.

What is Human for you?

Arthus-Bertrand: What is life?! I'm trying to be better every day. It's much easier to be successful on a professional level yet much more challenging to achieve personal satisfaction. I think the film speaks to that, the difficulties we each encounter in relation to our own lives, in maintaining valuable connections with our families and those around us and coming to terms with our personal ethics. The older I get, the more I understand how difficult those objectives are to achieve. But the answer is always love. Love is the answer.