The press meet unfolded as organic guided tours. There were no formal presentations or copious note-taking; no specific starting time. As journalists strolled into Karkhana's work-space in Gyaneshwar, representatives from the company and participating artists accompanied them in groups of twos, threes or more as they walked through a faux-gallery space in Karkhana's newly constructed front wing.

Visitors got visual sneak-peeks and read about the various exhibits of Yantra 3.0, an Art / Tech / Science festival, which will launch in Kathmandu on November 8. One of the exhibits, "Mane", is a collaboration between Artree Nepal, a visual artists collective, and Karkhana, an education company and makerspace. The artists and engineers have repurposed the mane, a traditional prayer wheel, as a user interface for animation. Using a prototype, Artree founder Sheelasha Rajbhandari demonstrated how, when one turned the prayer wheel, images were projected on a wall. She is working on a nine-feet mane sculpture which will be unveiled at Nepal Art Council next week at Yantra 3.0 's first event, the Art + Tech exhibit.

This interdisciplinary approach - where tradition coalesces with technology and art with science - is at the heart of Yantra 3.0. Their mission is to educate, engage and inspire students and professionals in Kathmandu where rapid modernization and introduction of new technology is causing several kinds of disconnections - between generations, curricula and systems. "Our societal traditions and technology have not been able to integrate," state Artree Nepal. They collaborated with Karkhana to fill this gap. The engineers at Karkhana have used Arduinos, xBee wireless processing and sensors to "appropriate, both in form and function, an ancient totem pole to present a contemporary message."

"As Nepal's technologists architect new modes of living for the ever increasing number of people in our cities and towns who come into the realm of technology, it is important for us to provoke them to reflect on their motivations. An interaction with artists, who are trained in technological practices, is the best means to bringing about this reflection" says Sakar Pudasaini, founder of Karkhana, explaining Yantra's approach for 2014.

At its inception, Yantra, which was started by the Robotics Association of Nepal in 2012, was a robotics competition. Now in its third year, the competition will take place on November 14 as the second event of the festival.

Throughout this one week festival that features four main events, local enthusiasts will work with foreign visitors and colleagues. International experts Masakazu Takasu (TeamLab, Japan) and Tom Igoe (Arduino/New York University, USA) and Dr. Jyoti Tandukar (IOE/Alternative Technologies, Nepal) will discuss their innovations on November 12 at Yantra 3.0's third event, the Speaker Series.
The final event of this Art / Science / Tech festival will be an ongoing 5-day Workshop for Children, conducted by Srijanalya, another organization that promotes learning through the arts. Using Artree's gigantic mane as an inspiration, children will construct their own manes out of tin cans, paint and collage. They will also be aided by LED light technology that lets them depict their stories on the wheels. This event is an ideal reflection of Karkhana's vision because it has been working with neighborhood schools, introducing project-based learning. They want students and teachers to innovate, instead of merely importing new ideas and tools. 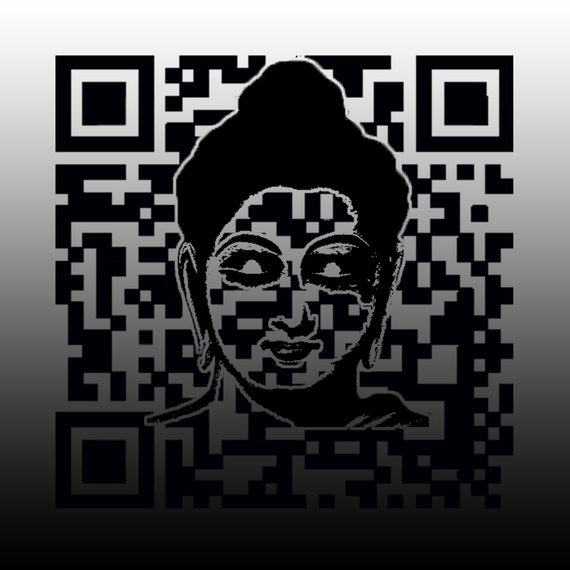 Aside from "Mane," Yantra 3.0 will feature seven other exhibits at the first event. Joy Lynn Davis, a graduate from UCSB and a student of painting and digital art, is working on an exhibit titled "Revisiting Kathmandu." In this interactive exhibit, visitors will be able to approach a wall with fourteen empty niches. When one reaches inside an empty niche, sensors that are connected to laptops will project an animated image on an adjacent wall. According to Karkhana's website, the animations are based on Davis' realistic paintings of sites in the valley where sculptures were stolen in the past few decades. This exhibit will allow participants to experience visiting sites where ancient sculptures stood, before they were stolen and sold in market overseas.

In "Scan Me," Lalitpur-based artist Mahima Singh has used 21 QR codes - a mixture of images, videos and animations - to raise the issue of urbanization and identity. The street-art movement, "Prasad", initiated by Artlab, is getting a makeover as one of the exhibits. A seven-feet Prasad typo will be installed where attendees will be able to project drawings and map videos. A popular project, "Prasad" is a collection of portraits of Nepali "Heroes." Disheartened by so many Nepali youths leaving the country, Artlab created the Prasad project to motivate and utilize youngsters and "keep them here." The other exhibits are titled "Galaincha," "Strange Fascination," "Traditional Foundry in Engineering," and "Jigsaw." 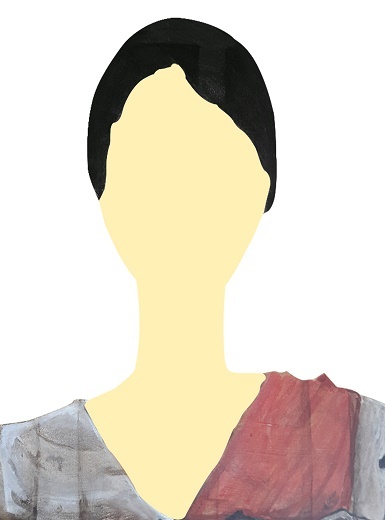 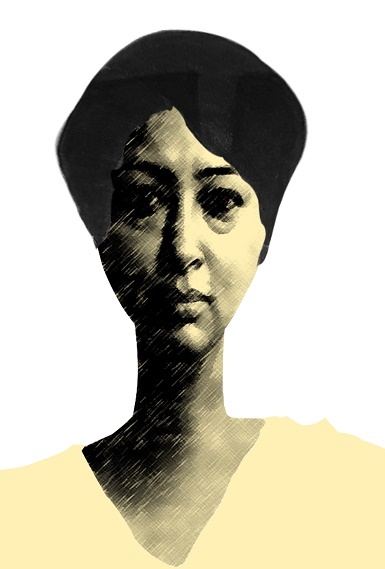 I wasn't able to learn all the details of these exhibits at the press-meet. But I did notice two vertical portraits of a woman's face and overheard snatches of explanation by artist Bidhata KC, who wants to raise the issue of women's identity. These portraits were a part of "Jigsaw." In one of the portraits, there was a gaping hole instead of a woman's face. But one could clearly make out the shoulders and a sari's drape. In the other portrait, there is a face. Bidhata wants participants to think about "where the real identities of women lie." And how exactly does one interact with this exhibit? Why is it called "Jigsaw?" Sounds intriguing enough? Stay tuned.