Days after Viktor Yanukovych abandoned Mezhygirya, his residence outside Kiev, many stormed the sprawling 343-acre estate to see just how the former president of Ukraine lived. They found several mansions, a golf course and a private zoo filled with thousands of animals, including several exotic species. While some pilfered supplies from the property, others wondered what would happen to the Yanukovych menagerie, and a few stepped up to save the animals from starvation.

After Yanukovych fled his residence, his staff followed, leaving no one to tend to the animals. However, three people, including Serhiy Hryhoryev, the former deputy director of the Kiev Zoo, decided to dedicate their time. When Hryhoryev called the volunteers at Logistics Headquarters -- a local organization providing aid for protesters -- to notify them of the surplus of milk and vegetables from the estate's farm, he also asked the group for some help to save the animals.

Olesya Korzhenevska, co-founder and leader of Logistics, said the volunteer group "had no right to say 'no.'"

Launched overnight when police brutality led 300,000 protesters to gather in Kiev's Independence Square on Dec 1., Logistics aims to help those in need in Ukraine. The grassroots organization now has about 60 members, none of whom receive a salary. Korzhenevska quit her job as the director of an event agency to run the group.

Korzhenevska explained to The Huffington Post that Logistics intentionally seeks out the toughest cases and tries to show Ukrainian government officials the projects they forgot. The animals at Yanukovych's private zoo represent one of these challenging cases. 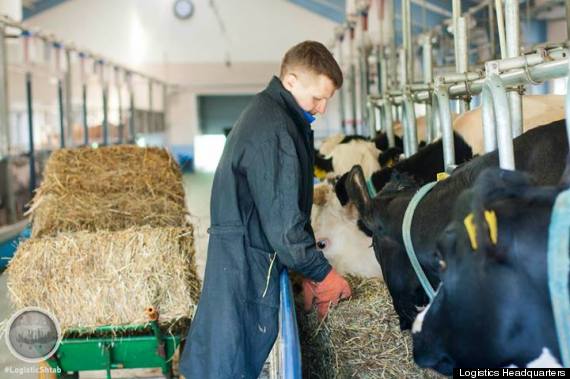 A volunteer tends to cows on the estate once owned by Viktor Yanukovych, the former president of Ukraine.

"We do our work for the best future of our country, for our kids and for a united Ukraine," Korzhenevska wrote in an email to HuffPost.

Among its other ventures, such as raising money for protective vests for citizens, Logistics provides volunteers and funds to help feed the animals at the Yanukovych estate. Volunteers also take daily transports of milk and vegetables from the farm to protesters camped out in the square. 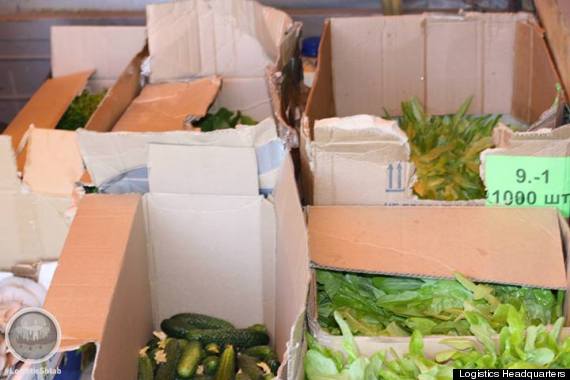 Boxes of vegetables, among other supplies from the farm on the Yanukovych estate, are prepared for transport to Kiev's Independence Square.

Funded by donations from concerned residents and public figures in Ukraine, Logistics is struggling to raise enough money to keep the animals from starving. Donors would rather give money for vests or to help the families of deceased protesters than save the Yanukovych estate animals, Korzhenevska explained.

Logistics aims to be granted non-governmental organization status so it can receive donations from international parties and corporations.

Ultimately, the group hopes to combine the private zoo with the Kiev Zoo to form a national park. But until the specifics can be worked out, the group is just trying to raise enough money to provide food for the Yanukovych estate animals.