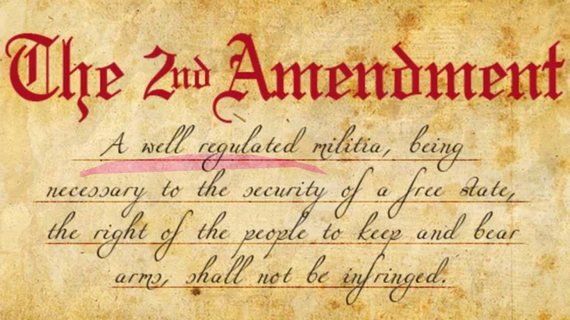 The Second Amendment of the United States Constitution reads: "A well regulated Militia, being necessary to the security of a free State, the right of the people to keep and bear Arms, shall not be infringed."

While there have been countless debates, tests and judgments that have defined and re-defined how to interpret this amendment, the current prevailing interpretation and belief in America is that individual gun ownership is a constitutional right. As a result, America has seen a steady and consistent stream of deregulation around gun ownership, even as mass shootings appear to be on the rise. As progressives get increasingly concerned about the gun culture in America, as a tactic, they try to make their case by comparing gun ownership to other safety-related, common-sense laws: 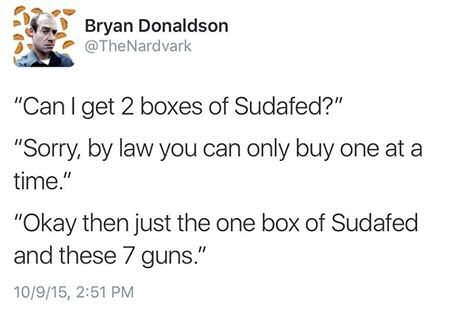 This lack of focus on the constitutional argument is where progressives have lost their way. They have been so focused on the practical utility of public policy that they end up losing the larger fights that define America. Constitutional interpretation lends itself to a more strategic (and philosophical) debate platform than arguing the facts and stats on how laws can and should protect people. Constitutional theory is the debate platform that conservatives have been playing on for decades while progressives get frustrated and lose ground.

No matter the interpretation of every other word and phrase after the first three words, the entire context of the amendment is that it will be a regulated right. Through this lens, the Second Amendment is barely even comparable to the First Amendment in terms of what rights it enables. There is simply no language in the First Amendment that regulates the right to free speech... and yet we still regulate speech despite the unassailable strength of the the First Amendment constitutional language

The upshot? Even in today's hardcore gun rights environment and culture, the Constitution itself provides the guidance -- and mandate -- to not just regulate militia (i.e., groups of people) and arms, but to regulate them well.

How our culture defines "well" can and will certainly evolve over time, but we shouldn't let gun rights ideologues and arms industry special interests continue to convince the public that they're the only ones who have the Constitution on their side in this debate.

Yes, current Supreme Court interpretation is that every citizen has the right to bear arms. But it's also constitutionally mandated that we regulate these armed people (i.e., militia) and their arms well. Seeing as the right to bear arms has been implemented pretty effectively in America, perhaps now it's time to start implementing regulation well too, as the Constitution also mandates.