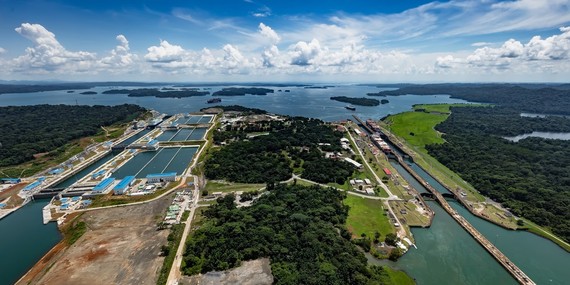 By most accounts, 2016 was a year unlike any in recent memory. The year bore witness to tectonic shifts in the global landscape, creating uncertainties across all markets. We also saw market and trade growth decline, driven in part by declining commodity prices. In particular, the energy sector saw the most drastic change this year, which can be largely attributed to global oversupply.

Perhaps most significant for those in the maritime community, was the industry downturn felt globally as a result of slowing economies in Europe and China. In short, this led to a supply and demand imbalance, a glut of container vessels and plummeting freight rates.

Yet, even with this as a backdrop, I can't help but be optimistic. What the Panama Canal and the people behind it accomplished this year was extraordinary. Amidst much fanfare, we inaugurated the Canal's first-ever Expansion, which created a new lane of traffic in the waterway for bigger and deeper draft vessels and doubled our capacity. Earlier this month, the Expanded Canal set a milestone with its 500th transit and, just last week, we welcomed the largest capacity Neopanamax container ship to-date to transit through the new locks.

Despite market fluctuations, the global impact of the Expanded Canal is already apparent. So far ten Neopanamax liner services have been redirected to the waterway in recognition of the value of the route. And ports along the U.S. East Coast, for example, continue to invest in major infrastructure improvements to accommodate the larger vessels and volume of goods facilitated by the Expanded Canal.

In 2017, customers can expect the Canal's commitment to safe, reliable and efficient service to continue--with new developments on the horizon. Looking forward, we have plans to invest in the future of the Canal and our customers by advancing projects such as the Corozal Container Terminal. This and other projects will add to an already robust set of offerings for the maritime industry, thereby expanding regional trade opportunities and strengthening Panama's position as the logistics hub of the Americas.

So, while the past year has not been without challenge, it represents the beginning of an exciting new chapter for the Panama Canal. Despite the seas of uncertainty we may face, we remain committed to serving as an unwavering cornerstone for our valued customers for the next 100 years.

*A version of these remarks appeared in the December edition of the ACP's monthly newsletter, the Canal Connection.